Highlighting the dangers of the invasive Emerald Ash Borer 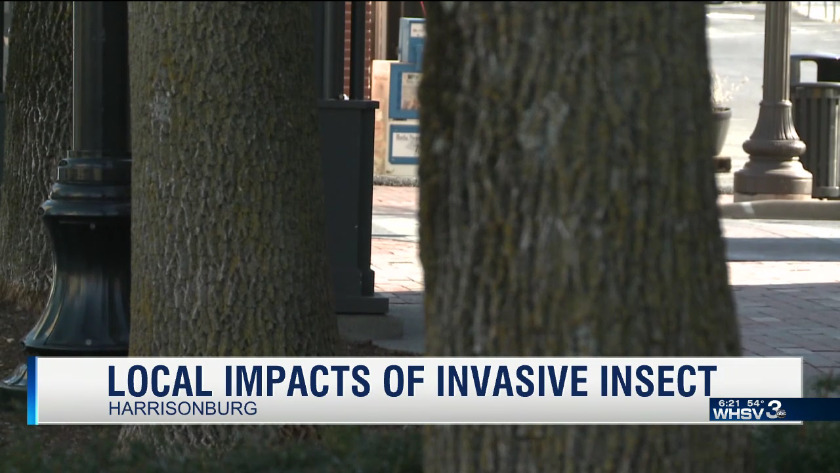 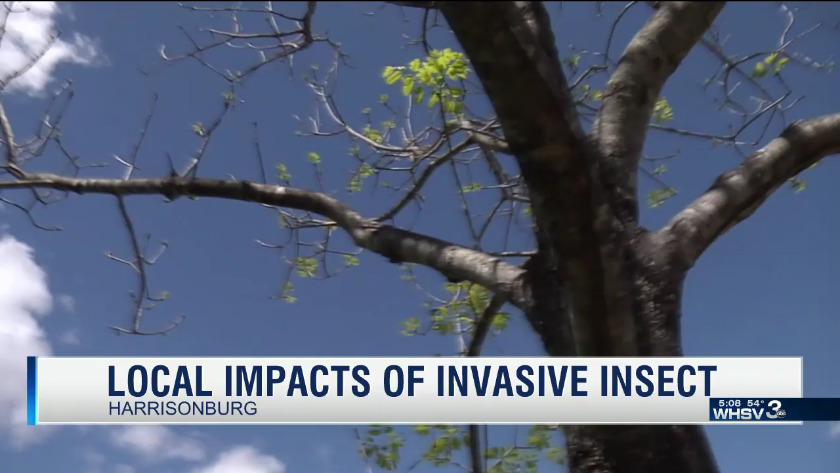 HARRISONBURG, Va. (WHSV) — A film was shown Thursday at the Court Square Theater in Harrisonburg highlighting the local impact of the Emerald Ash Borer, an invasive insect that attacks ash trees and even caused the recent removal of some ash trees in downtown Harrisonburg.

The Emerald Ash Borer moves from tree to tree attacking the trunk of ash trees, and Mike Hott, the landscape manager for Harrisonburg, says it can kill a tree in just one year.

The insect’s larvae feed on the inner bark of ash trees, which disrupts the tree’s ability to transport water and nutrients. Once the larvae are adults, they will fly to another ash tree to lay their eggs, thus repeating the cycle.

The good news is there are preventative measures you can take to protect ash trees and it's even possible to save some ash trees that have already been affected, so Hott encourages getting all ash trees checked.

"If you have an ash tree, you should treat it. Simple as that. I mean, this Ash Borer is unbearable. Call a tree worker, call an arborist, call the forestry department, we're going to come out and look at it for free because we want to save these trees" explained Hott.

Hott says the insect has been in the area for around five to eight years, but there have been more of them in the past two years. He said one of the best parts of the event in Harrisonburg on Thursday was learning what would happen to the wood of the trees removed because of the insect — he said no wood will be wasted.

"We're trying to keep it out of the landfills, so we're going to utilize all of the wood. We want you to come, so you can see what these guys have done to a tree from start to finish, and the warm feeling that it gives you."

Hott says a lot of the wood will be either sold inexpensively to local artisans, milled and used, or even donated to help make furniture for needy families.

Emerald Ash Borers are an invasive species that have plagued the Valley in recent years, eating through ash trees and killing many of them in our area. The Shenandoah National Park considers the insect one of its biggest threats.