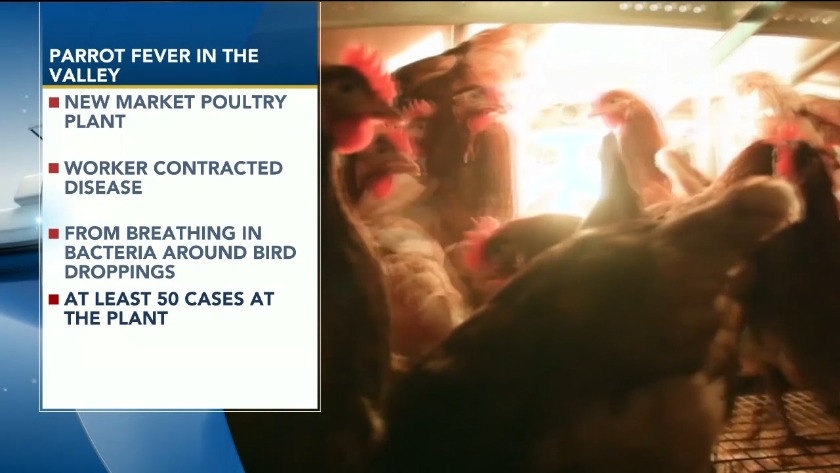 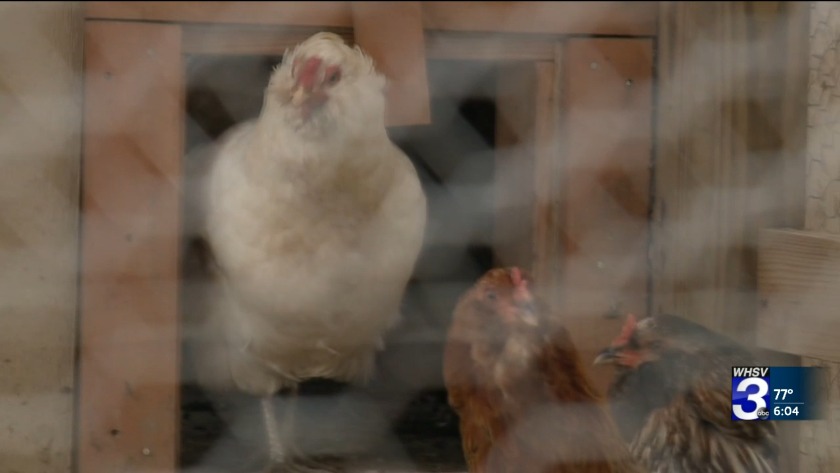 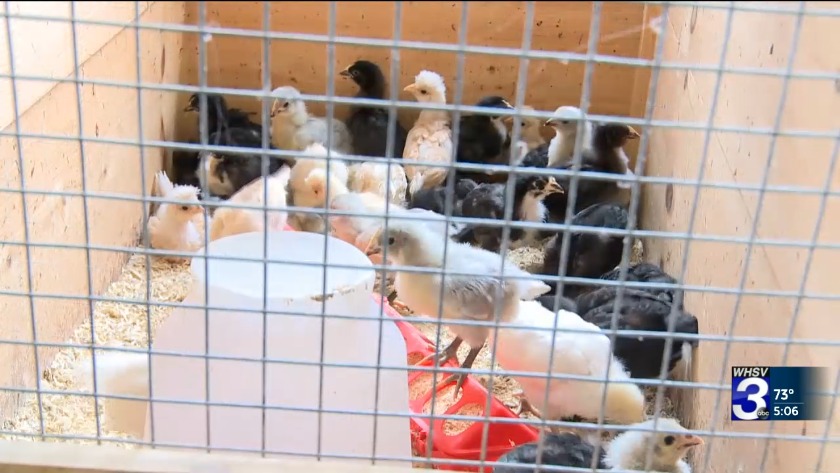 Poultry workers infected with a form of chlamydia

NEW MARKET, Va. (WHSV) — New Market Poultry Plant is under investigation by the Virginia Department of Health after at least 50 employees contracted a rare illness from the plant's birds.

The infection, known as Psittacosis, is a respiratory illness with symptoms that resemble the flu or pneumonia.

It's caused by Chlamydia psittaci, a bacteria that mostly affects birds but can infect people as well.

"We work with multiple partners to try and determine the cause of the outbreak," reported Dr. Laura Kornegay, Health Director for the Central Shenandoah Health District. "The organism that seems to be causing the illness in the group of poultry plant workers is a group of bacteria known as Chlamydia."

According to health officials, the disease is spread to humans from birds by breathing in bacteria that is shed in the birds' droppings.

"This bacteria is quite unusual for commercial poultry to be a source of the infection," says Kornegay. "The bacteria is more often associated with pet birds like parakeets."

Kornegay says this case is very rare and unusual, but she does not believe the general public should be concerned.

"Although it's possible for the bacteria to be transmitted between people, it's very rare and it's been rarely documented in scientific literature — given this, we feel that the general public is not thought to be at any increased risk due to this situation."

The Health Department is continuing to work with the poultry plant and many other partners to determine the source of the bacteria.

New Market Poultry Plant says they are working with the Department of Health and the safety of their employees is their biggest priority.