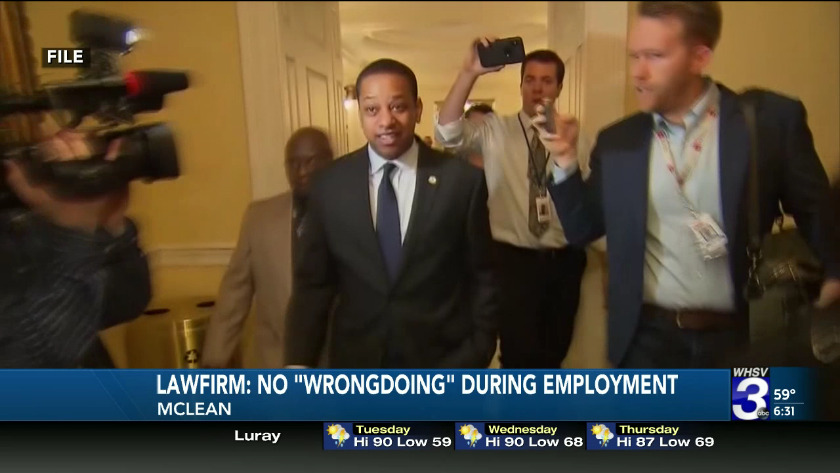 Lawfirm: No "wrongdoing" during Fairfax tenure 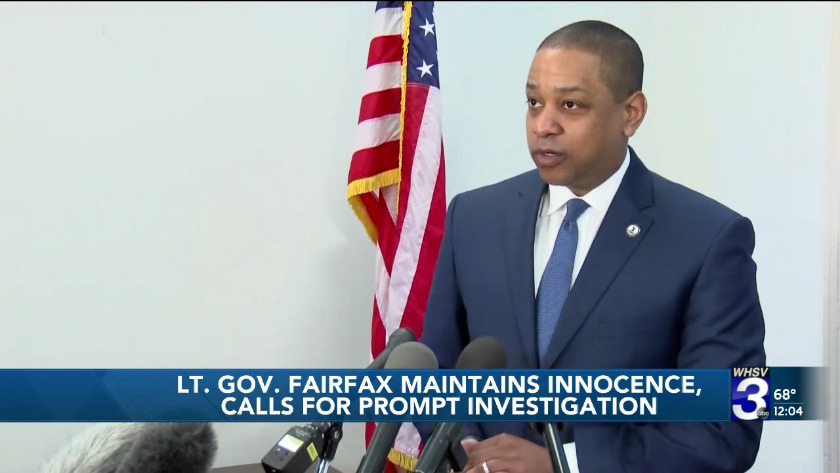 RICHMOND, Va. (AP) — Virginia Lt. Gov. Justin Fairfax is resigning from the law firm Morrison & Foerster, where he has been on leave since February amid allegations of sexual assault.

When allegations emerged, the firm hired outside counsel to investigate Fairfax's tenure uncovering no evidence of misconduct while he was an employee.

Two women publicly accused Fairfax of sexually assaulting them in 2000 and 2004. Fairfax says their sexual encounters were consensual.

Both women have urged the Virginia General Assembly to hold hearings on their allegations, but Democratic legislative leaders have resisted. Fairfax said he would welcome an investigation by authorities.

Republicans have called for hearings on the sexual allegations against Fairfax next week.