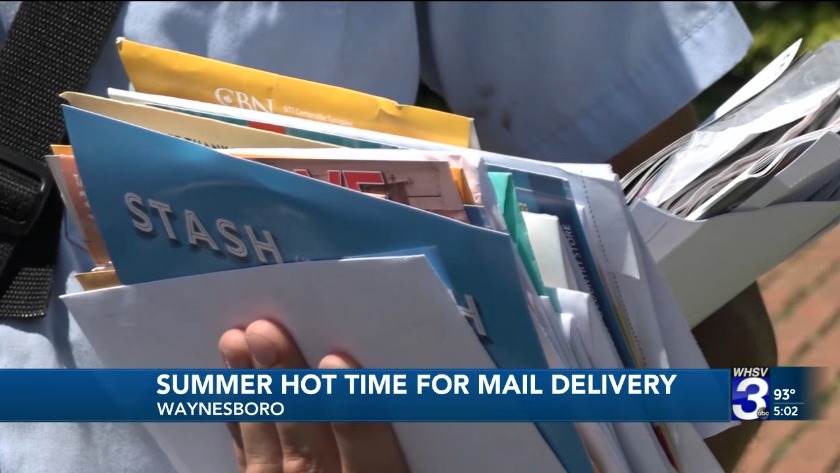 Neither snow nor rain nor heat 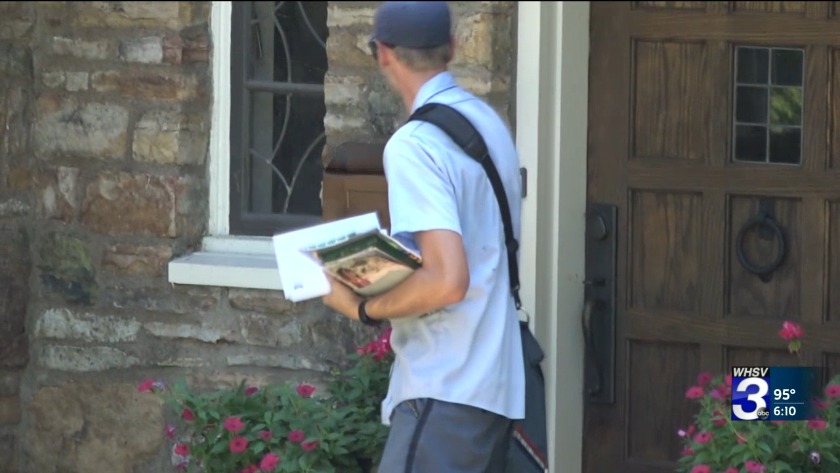 WAYNESBORO, Va. (WHSV) — Adam Ayers is a mail carrier in Waynesboro. His route covers more than 700 houses, and he delivers around 1,000 pieces of mail a day while walking around 13 miles.

With a heat advisory in effect not just for the Shenandoah Valley, but much of the country amid a dangerous heat wave this weekend, Ayers came prepared for the heat.

"Cold water and a cooling towel, sunscreen, stuff like that," Ayers said. "I keep stocked on waters, I keep a lot."

Ayers said he doesn't worry too much about heat exhaustion or heat stroke.

"I go home stinking, I smell horrible, but your body actually gets used to it a little bit," Ayers said. "I still sweat profusely, real bad, but honestly you get to a point where you just don't feel it as much."

He said the heat definitely makes delivering mail slower though.

"Packages aren't that bad," Ayers said. "It's the walking loops that I do. That's a lot harder than just hopping parcels."

Ayers said the work isn't all bad. He said the best part of his job is seeing the people on the route, which happens a lot more in the summer with people outside.

"It ends up being kind of like a big family on your route, once you get to know the people, know their names, know their stories, know their kids, their whole families," Ayers said. "It really is the best part of the job."