Man arrested for vandalizing police cars with 'In Satan We Trust' 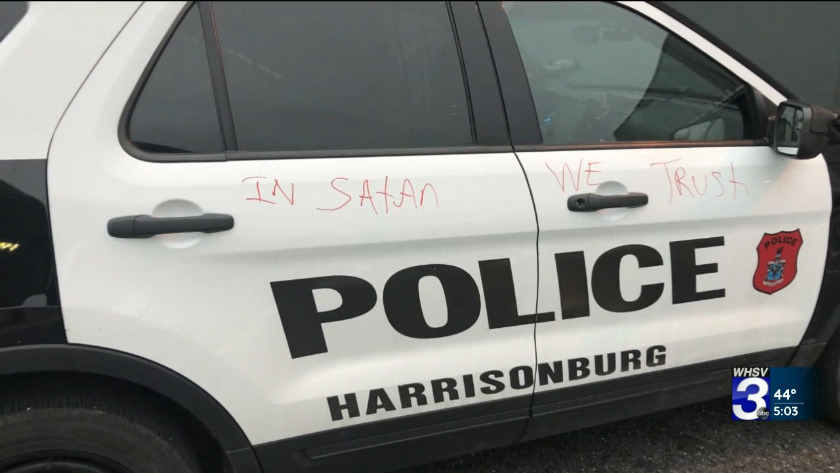 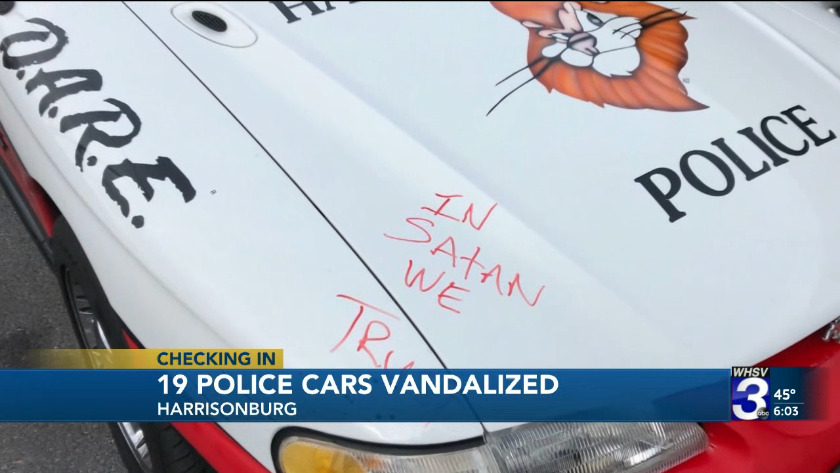 According to the Harrisonburg Police Department, an officer went out to his patrol car around 9 p.m. on Feb. 9 and found that someone had written "In Satan We Trust" with red marker on the vehicle while it was parked behind the police department.

The officer soon realized multiple vehicles in the police department lot had been vandalized with the same message.

After investigation and a review of surveillance footage from the department's cameras, police identified 45-year-old Christopher Parlette, of Harrisonburg, as a suspect and took him into custody.

Parlette was charged with one count of felony property damage and is being held without bond at Rockingham County Regional Jail.

According to Harrisonburg/Rockingham General District Court records, Parlette was also charged with one count of carrying a concealed weapon.

Court records show a criminal history for Parlette including assault and battery of a police officer, resisting arrest, a later charge of assaulting officer, public intoxication, and other past charges.