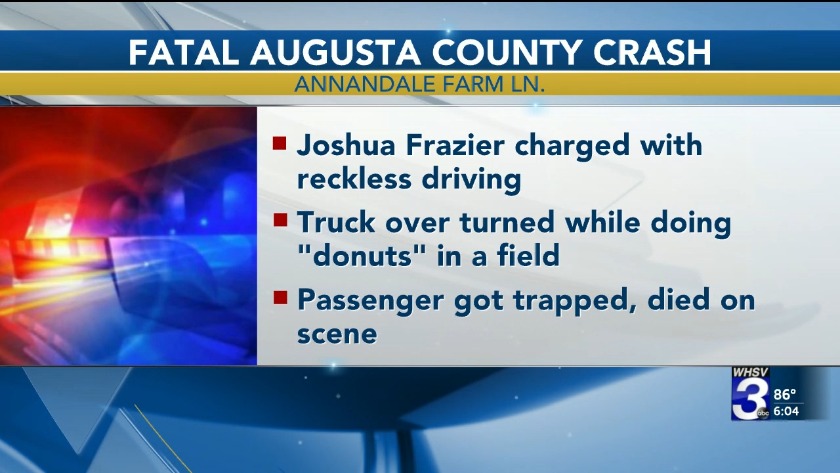 Driver charged with reckless driving after killing passenger in crash 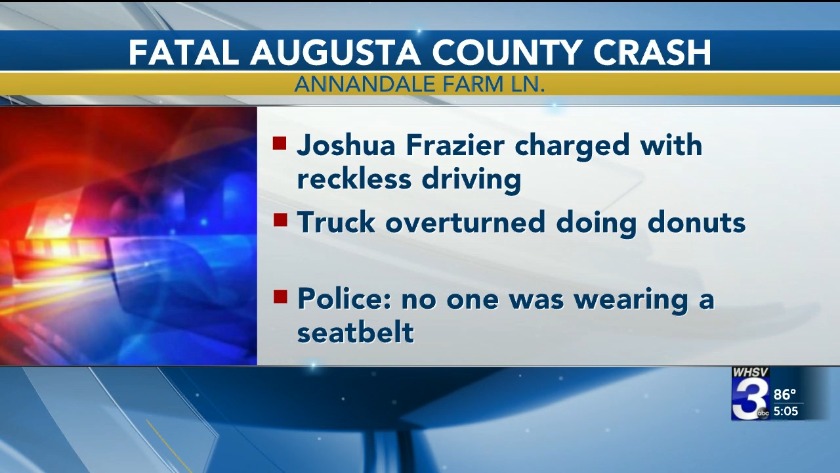 Police have identified the man killed in an Augusta County crash this past weekend.

According to Virginia State Police, 28-year-old Dillon J. Henderson was the passenger in a 1978 Chevrolet K1500 doing donuts in a field off of Annandale Farm Ln., about 500 feet from Route 11, just south of Staunton, around 2 a.m. Saturday morning.

The truck got caught in a rut and overturned, ejecting Henderson, who was then trapped under the cab of the vehicle and died at the scene.

The driver, 28-year-old Joshua R.S. Frazier, of Staunton, was charged with reckless driving.

Police say neither man was wearing a seat belt at the time of the crash. Alcohol was determined to not be a factor.

According to Virginia State Police, first responders were called out to private property off of Annandale Farm Ln., just south of Staunton, around 2 a.m. Saturday morning.

Trooper A. J. Garasimowicz determined that a truck had been doing donuts in a field when it got caught in a rut and overturned.

Nobody inside the truck was wearing a seatbelt, and police say when the truck flipped, a passenger was trapped between his seat and the cab of the truck, killing him.

No one else inside the truck was seriously injured.

Police identified the driver as Joshua Frazier, who was charged with reckless driving. Alcohol was determined to not be a factor.

At this point, police have not released the name of the passenger killed in the crash.