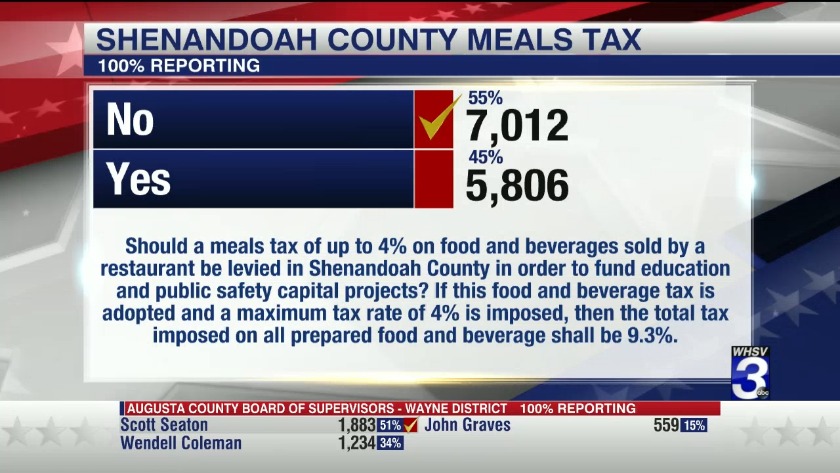 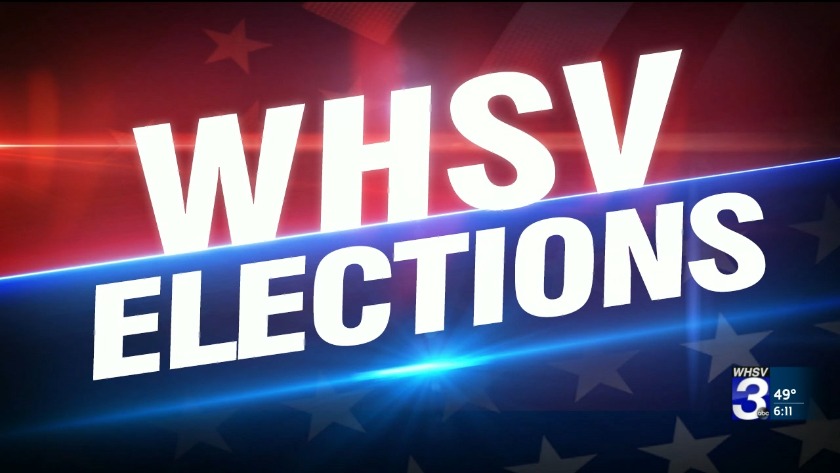 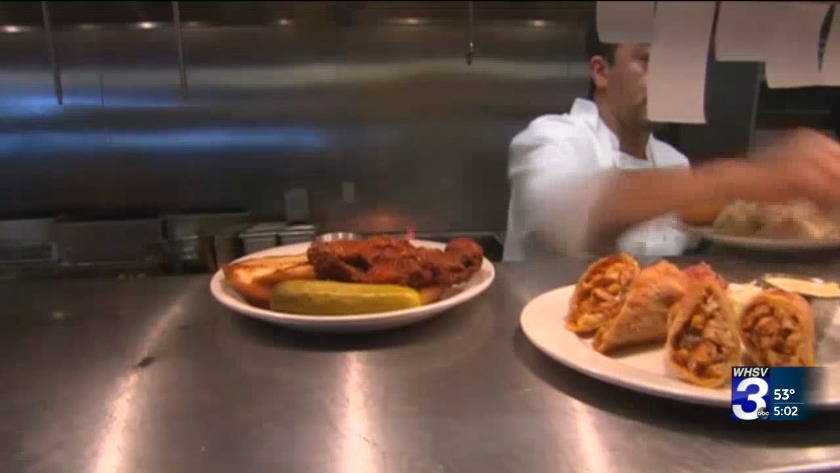 On Election Day in Shenandoah County, voters rejected a move to raise the meals tax charged by restaurants in the county.

The money raised by the proposed 4% meals tax would have gone toward education and public safety capital projects in Shenandoah County.

Once results were in for all 13 voting precincts in Shenandoah County, totaled by around 10:40 p.m. on Nov. 5, it was clear that citizens had voted a majority 'no' on the proposal – but it was closed.

The exact wording of the referendum on people's ballots was "Should a meals tax of up to 4% on food and beverages sold by a restaurant be levied in Shenandoah County in order to fund education and public safety capital projects? If this food and beverage tax is adopted and a maximum tax rate of 4% is imposed, then the total tax imposed on all prepared food and beverage shall be 9.3%."

The tax would have only affected restaurants within Shenandoah County - not any within the town limits of incorporated towns like Strasburg or Woodstock.

The Shenandoah County administrator said ahead of Election Day that if the meals tax didn't not get passed by majority vote, they would work to find other ways to fund their planned projects for education and public safety.

In addition to elected offices, voters in Shenandoah County will also see a question for about a meals tax on the ballot.

If the majority of voters are in favor of the meals tax, there will be a 4 percent tax increase on prepared food and beverage purchases, making the total tax 9.3 percent.

The money raised through the tax would go toward education and public safety capital projects in the county.

The meals tax will only impact restaurants outside of town limits, so places like the truck stop interchange near Toms Brook, will be one place that could see a tax increase.

But they aren't the only ones who would see an impact.

And Bryce Resort in Basye thinks the tax would be unfair.

"While Bryce Resort is proud of the positive impact we have on Shenandoah County and our local communities by providing a significant portion of the county's tourism revenues, we don't think any of us would choose to be unequally taxed. We believe this referendum, if passed, will place an unfair burden on Bryce Resort," President of Board of Directors, Sally Montrey, said.

The Shenandoah County administrator said if the meals tax does not get passed by majority vote, they will find other ways to fund those projects.

If you have questions, the people working the polls on Tuesday will not be able to go into much detail about the tax, in an effort to keep from persuading voters in any way.

"I've asked the county to provide just a factual document for us to give as a handout to our voters, and they have provided that, and I'm certainly glad to share with you the information they've given us," Director of Elections and General Registrar, Lisa McDonald, said.

The county administrator said if the tax gets voted down, it will be three years before it can show up again on a ballot.