Meatpacking plants have become coronavirus hotspots across the U.S. In Virginia, no one’s giving workers much information. 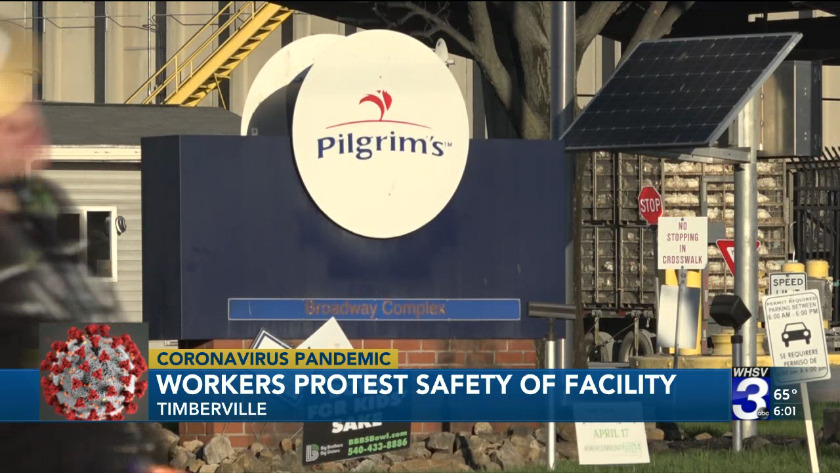 Angry Workers Protest Due to Safety of Facility 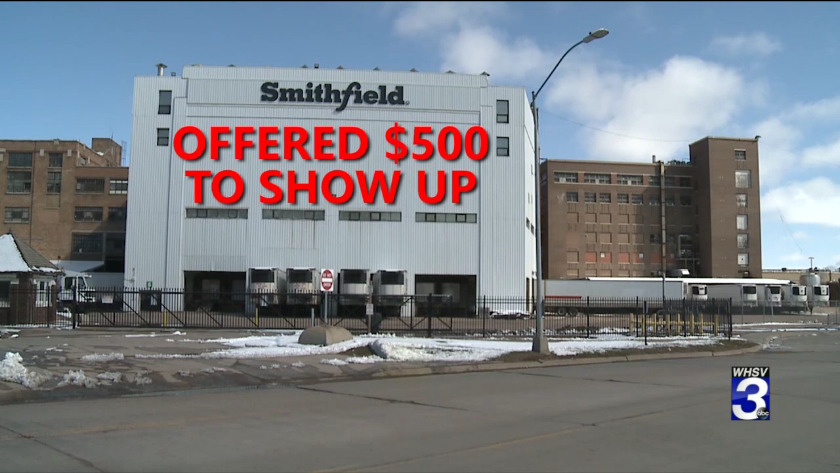 RICHMOND, Va. (Virginia Mercury)— As meatpacking plants across the United States become coronavirus hotspots, some Virginia poultry workers say that cases in the commonwealth’s processing facilities exceed company-provided figures and are not consistently revealed to employees.

The Tyson processing plant in Glen Allen is one of 122 meat processing facilities in Virginia. (Source: Sarah Vogelsong/Virginia Mercury)

“Word of mouth was that we have maybe 10 or more cases up there, but us employees were only told about two cases,” said Kita Davis, a wing packer at Tyson’s Temperanceville plant on the Eastern Shore. “We found out about three cases through Facebook.”

Meatpacking is a big business in Virginia. In tallying up the state’s most important agricultural products, August 2019 data from the U.S. Department of Agriculture’s Economic Research Service ranked broilers — the term used for chickens raised for meat rather than eggs — No. 1 and cattle and calves No. 2, which together are responsible for more than $1.3 billion in cash receipts.

Not all of that meat ends up at Virginia facilities, but a list provided by the state Department of Agriculture and Consumer Services includes 122 meat processing plants in the commonwealth that are inspected by the state and federal government.

While some companies will disclose whether any cases have occurred at their plants — Cargill spokeswoman April Nelson confirmed a case at the company’s Timberville location and said there were none at its Dayton facility on April 17 — many do not, citing employee privacy concerns.

Diana Souder, Perdue Farms’ director of corporate communications, on April 15 said there had been “a limited number of cases in our facilities” but the company had “decided not to specify every individual case moving forward out of respect for our associates’ privacy under applicable confidentiality guidelines.”

Smithfield Foods, headquartered in Smithfield, Va., has taken a similar tack. In response to an inquiry about whether the Virginia packing plant had any confirmed cases, a spokesperson directed the Mercury to the company website, which states that “out of respect for our employees’ legal privacy, we will not confirm COVID-19 cases in our facilities.”

Tyson did not respond to two emails from the Mercury, but on Friday, the Temperanceville complex’s human resources manager, Marco Northway, announced in a post on the facility’s Facebook page that the plant would not be operating either shift that day.

“As a precautionary measure we will be performing a deep cleanse of the processing plant” on April 24, 25 and 26, the statement read. No cases were cited.