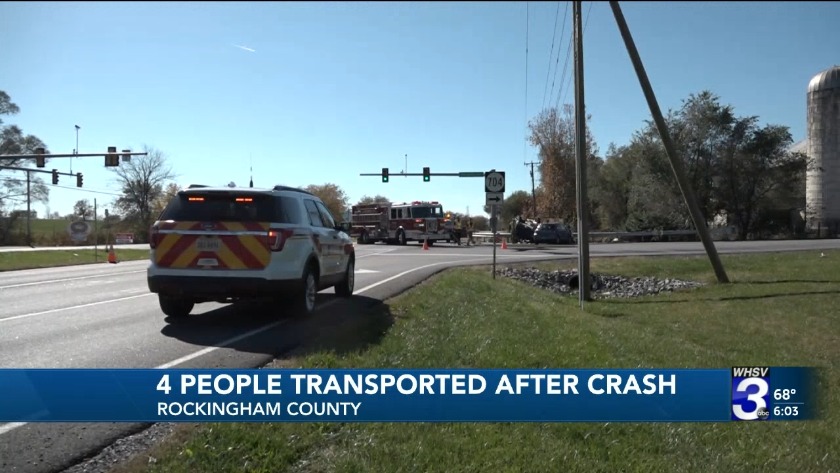 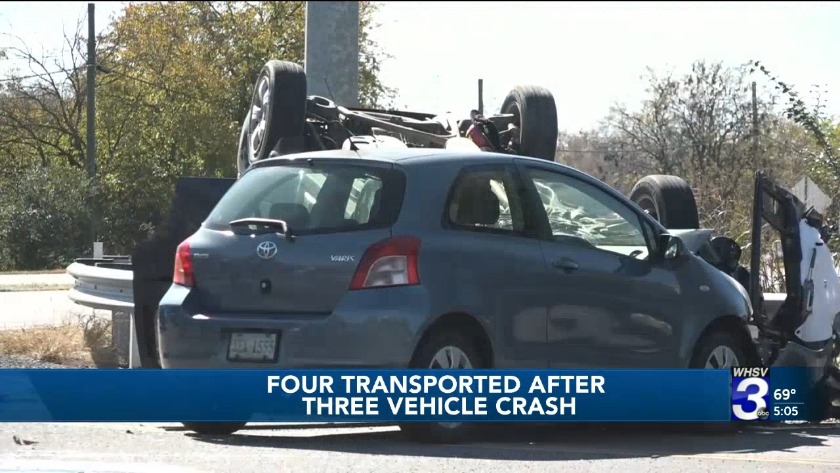 4 transported to hospital after 3-vehicle crash

Picture taken at the scene of the crash, at Oakwood Dr. and S. Valley Pike, on Oct. 28

According to the Virginia Department of Transportation, there was a multi-vehicle crash on Rt. 704 (Oakwood Dr.), at its intersection with Route 11 (South Valley Pike) near Mount Crawford.

As of 12:30 p.m., the response to the crash had closed all lanes of Oakwood Drive and all southbound lanes of Route 11 at the intersection.

Detouring around the scene will require drivers either going west through Bridgewater or east on Rt. 704 to Scholars Rd. to S. Whitesel Church Rd. to Friedens Church Rd. before connecting baco to Rt. 11.

Three vehicles were involved in the crash, with one flipped onto its roof against the traffic light pole at the intersection.

Steve Powell, the division chief of emergency services for Rockingham County Fire and Rescue, told WHSV that four people were transported from the scene, but none of their injuries appeared to be life-threatening.

They're now waiting on tow trucks to clear the wrecked vehicles from the intersection and get it back open.

Crews are responding to what appears to be a 3 vehicle crash in Mt. Crawford at S. Valley Pike and Oakwood Drive @WHSVnews pic.twitter.com/l5jbYQa4jh

Multi-vehicle crash on I-81 South

Multi-vehicle crash on I-81 South