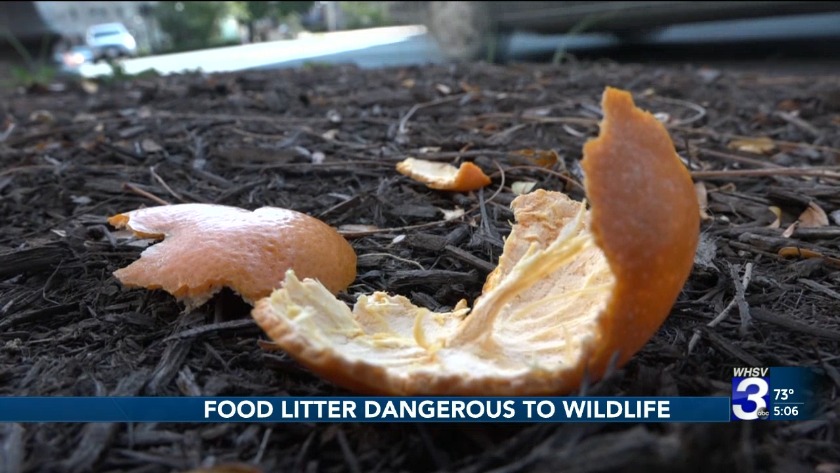 Why you should think twice before tossing that apple core outside 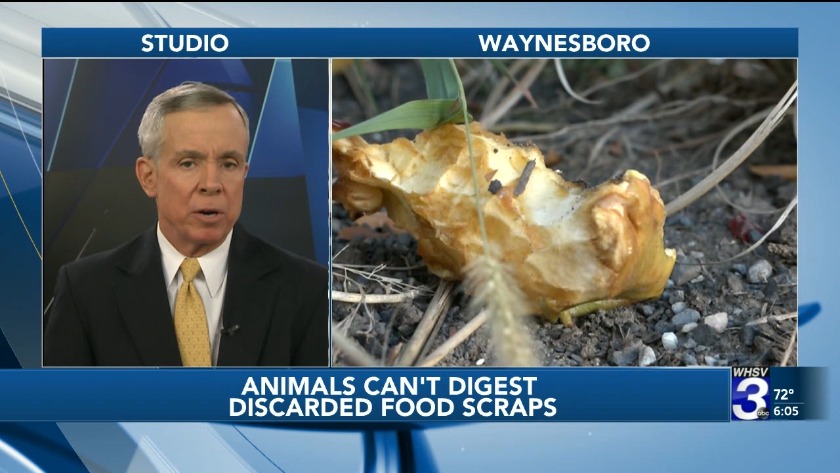 WAYNESBORO, Va (WHSV) — We've all done it. You finish eating an apple or a banana and throw the core or the peel out into the woods or the yard. You tell yourself "it's natural – it will decompose!"

But experts say natural foods are considered edible litter, and they're actually dangerous for wildlife.

"People may have those left over and think 'Oh, I'll just throw it out my car window or throw it out beside me as I'm hiking and it'll biodegrade or maybe something will come along and eat it,'" said Amanda Nicholson, the outreach coordinator with the Wildlife Center of Virginia.

Nicholson says it takes a long time for these foods to biodegrade and they will more than likely be found and eaten by an animal before that happens, and they are generally not natural foods for animals to be eating. A possum in the Shenandoah Valley would never find a banana peel naturally, for instance.

Throwing these foods out your car window also draws animals dangerously close to the road or trail.

"One really big problem we see is a lot of hit-by-car patients. One thought behind that is they're drawn to roadside litter. It can just have a ripple effect. So scavenger species come down to eat the road-killed opossum and get hit by cars."

She says it can also put humans in danger when it comes to attracting bears or coyotes.

"You're hiking down the A-T and leaving your apple cores or chips or remnants of your lunch behind, you may be luring in wildlife to a highly trafficked area."

Nicholson says there is no such thing as safe litter, and the best option is to always dispose of your trash properly.