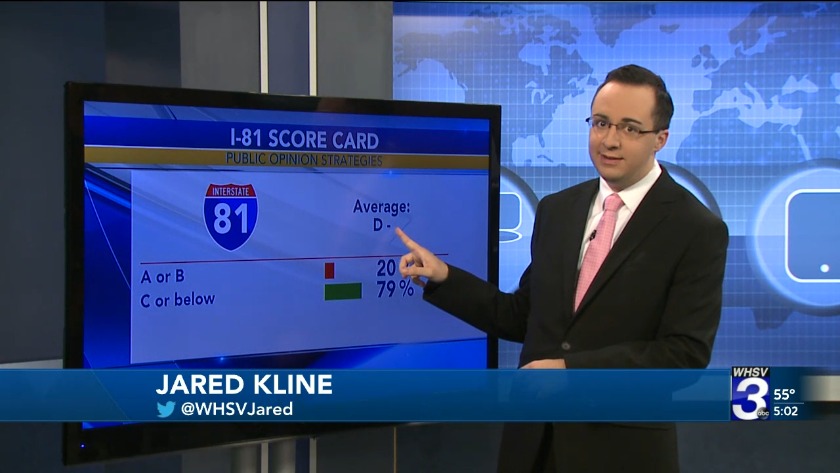 How would you grade Interstate 81? 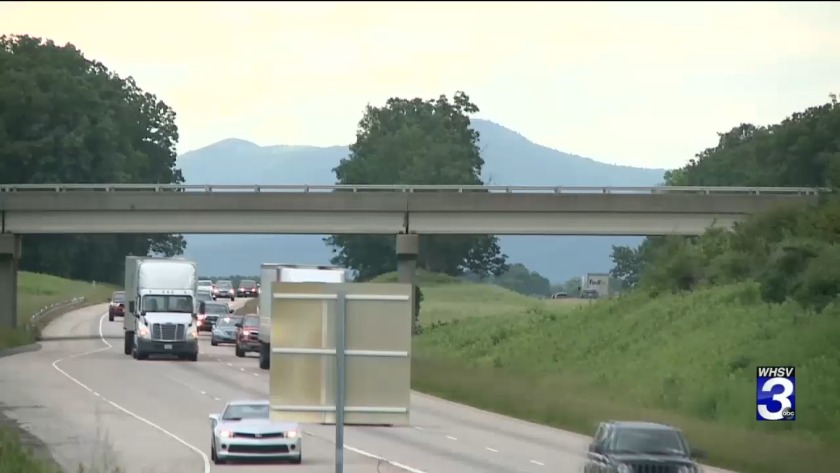 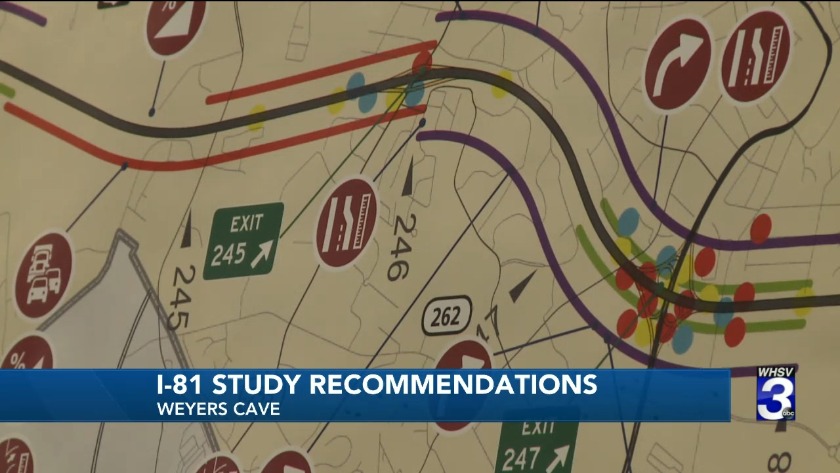 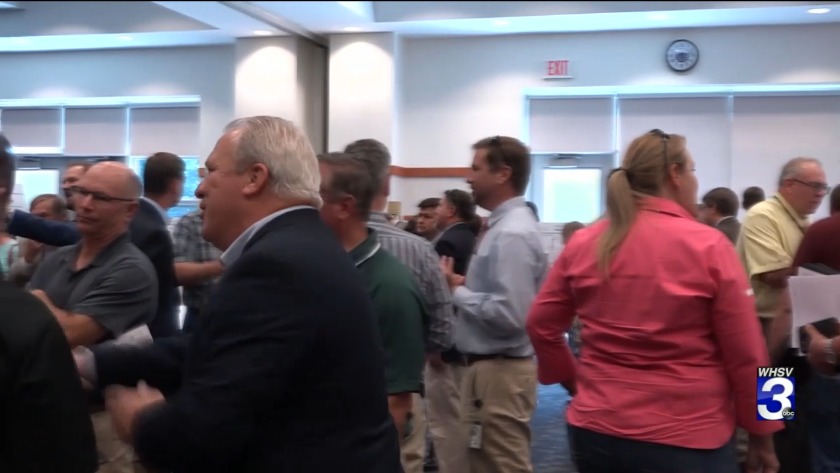 The conversation about I-81 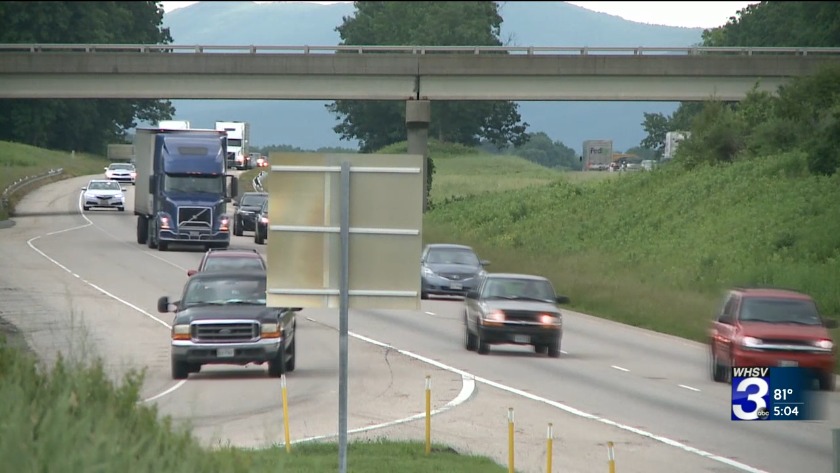 Business owners asked to complete survey on I-81 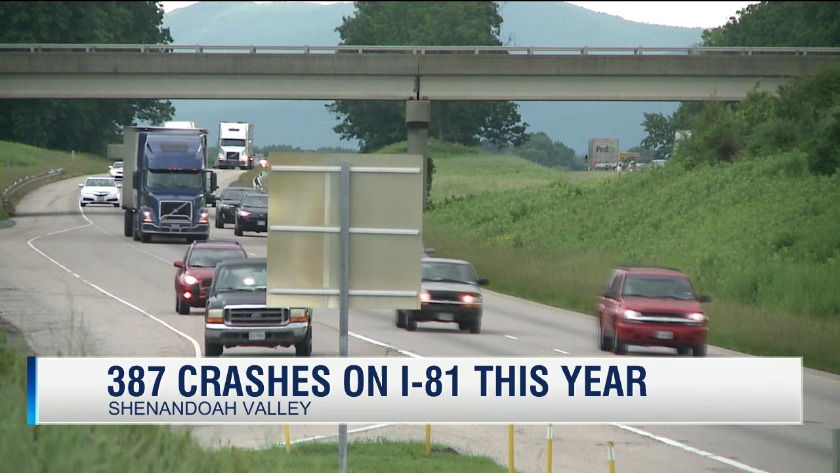 Lawmakers continuing to make 81 safer through the Valley 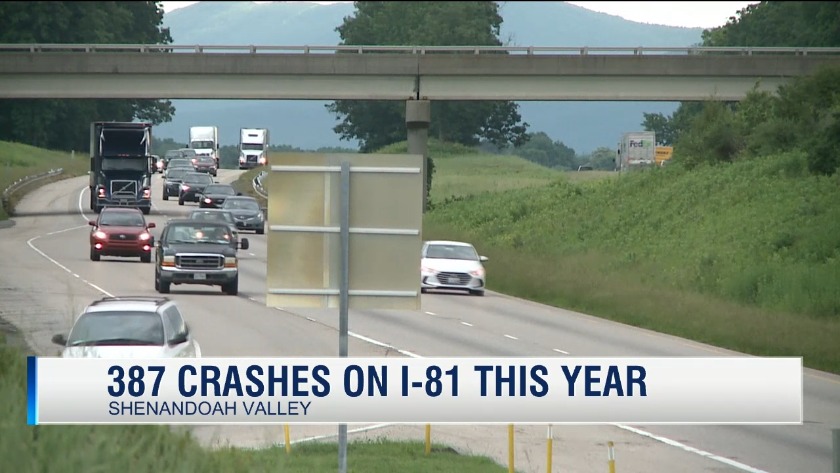 VDOT releases numbers about I-81

WEYERS CAVE, Va. (WHSV) — Following a year-long study of how to fix the problems plaguing Interstate 81, Governor Ralph Northam joined Virginia lawmakers on Tuesday to announce a plan to pay for the needed improvements with tolls along the interstate.

The next step of the I-81 Corridor Improvement Plan is sponsored by Republican Sens. Mark Obenshain of Rockingham County and Charles Carrico of Grayson County, along with the support of Sens. Emmet Hanger (R-Augusta County), Sen. Jill Vogel (R-Fauquier County), and Del. Richard Bell (R-Staunton).

That plan was launched when the General Assembly instructed several state agencies — including VDOT — to study the entire length of the interstate through Virginia and identify potential fixes and sources of funding.

Stage 1 of the plan was studying safety and congestion; stage 2 focused on possible revenue sources.

With public comment meetings held during each phase, the agencies identified top problem areas, relying on statistical measures like crash frequency and severity by location, as well as the amount of delays.

The Virginia Department of Transportation has reported a 12% increase in traffic on I-81 around Harrisonburg in the past five years, and delays have increased by 55%.

The agency also determined that 42% of Virginia's truck traffic volume is on I-81 and, in parts of the interstate through the Shenandoah Valley, 20 to 30% of the total traffic volume consists of trucks.

The study team established a portfolio of targeted solutions to improve travel on the interstate, as well as funding mechanisms for those solutions.

According to VDOT, widening the interstate would cost an estimated 10 to 15 million dollars for every mile of pavement, and those costs add up.

Tolls for heavy commercial vehicles, as well as taxes on fuel and retail sales, were considered as potential options to pay for an estimated $3.3 billion in projects. That was the original concept in the bill authored by Sen. Mark Obenshain which sparked the study.

Obenshain also proposed a bill in 2018 that would restrict tractor trailers to the right lane, though that bill did not pass. Delegate Steve Landes proposed funding improvements in a different way by using $670,000 a year from Virginia's general fund to increase traffic enforcement on I-81 specifically in Augusta, Rockingham, and Shenandoah counties.

Another option could be establishing a fuel tax on distributors along the I-81 Corridor. A bill to do that was proposed by Sen. Emmett Hanger last year and passed in the Senate. Essentially, a 2.1% sales tax would be levied on any fuel sold by a distributor in specific Virginia Planning Districts and the revenue would go to a transportation fund set up specifically for I-81 improvements, much like the proposed fund from tolls.

At the start of 2018, a group of 16 Virginia lawmakers sent a letter to Virginia's Congressional Delegation (comprised of Sens. Tim Kaine and Mark Warners, as well as Reps. Bob Goodlatte, Barbara Comstock, and Morgan Griffith) asking for federal assistance to improve the interstate.

Congressman Bob Goodlatte responded to the letter, saying he understood the concerns about the interstate, and that VDOT would need to address most of them and that he would help Virginia lawmakers apply for federal grants, like the Infrastructure for Rebuilding America (INFRA) grant program.

On January 8, Northam announced tolls would be the route lawmakers will propose for a revised cost of $2.2. billion in improvements along the I-81 Corridor.

“Interstate 81 is the economic engine of western Virginia, and it’s time we take decisive action to enhance the safety and improve the reliability of this key corridor,” said Governor Northam. “I am committed to working with legislators on both sides of the aisle to establish a dedicated funding source that will support the critical improvements that Interstate 81 needs to move goods and people around the Commonwealth.”

The draft bill for the 2019 General Assembly — which will be sponsored by Senators Mark Obenshain and Bill Carrico in the Senate, and by Delegates Steve Landes and Terry Austin in the House — would establish limits on toll rates and give cars the ability to purchase an annual pass allowing unlimited use of the interstate for a fixed yearly rate.

That option would not be open to heavy commercial vehicles.

Tolls for trucks could reach as high as $50 to use the entire stretch of I-81 through Virginia. The toll on cars could be as high as $25, and the annual pass is projected to be about $30. But all of those rates could be changed by lawmakers this spring.

Right now, they are drafted at 17 centers per mile, which would be the second cheapest east of the Mississippi River, according to Transportation Secretary Shannon Valentine.

Northam, along Obenshain and Landes, stressed that the program is designed to remove the “undue burden” of citizens who live along the I-81 corridor.

The idea of tolls on heavy commercial vehicles has not sat well with many local trucking companies, who worried from the beginning that such tolls could impact them disproportionately.

All money collected by the tolls would be set aside only for improvements in the Interstate 81 Corridor Improvement Plan adopted last month.

“We have a tremendous opportunity to address longstanding issues on the I-81 Corridor,” said Senator Mark Obenshain. “I will continue to work with the Northam administration and with my colleagues in the General Assembly in hope that we can find bipartisan solutions to the critical reliability and safety issues in this region of the Commonwealth.”

Landes said any additional funding for improvements beyond the $2.2 billion will need to come from the federal government.

“It’s an interstate system, not an ‘intra-state’ system,” Landes said.

The plan will go before the General Assembly in the 2019 session.

Lawmakers will need to approve any potential tolls or taxes before they can take effect. They could also scratch the plan entirely and decide on other funding sources, like an increased fuel tax. As of now, tolls have not been established.

You can read the full improvement plan here.

Statement Regarding I-81 from Alliance for the Shenandoah Valley

“We applaud the Valley legislators and Governor Northam for moving to address the critical improvements needed for I-81. We support immediate safety improvements and maximum flexibility for long-term investments, rather than a costly one-size-fits-all approach for the entire 300-mile long corridor.

Valley residents should not be asked to pay more without assurances that they will have a strong voice in decisions about I-81 improvements. We look forward to reviewing the details in the legislation.”