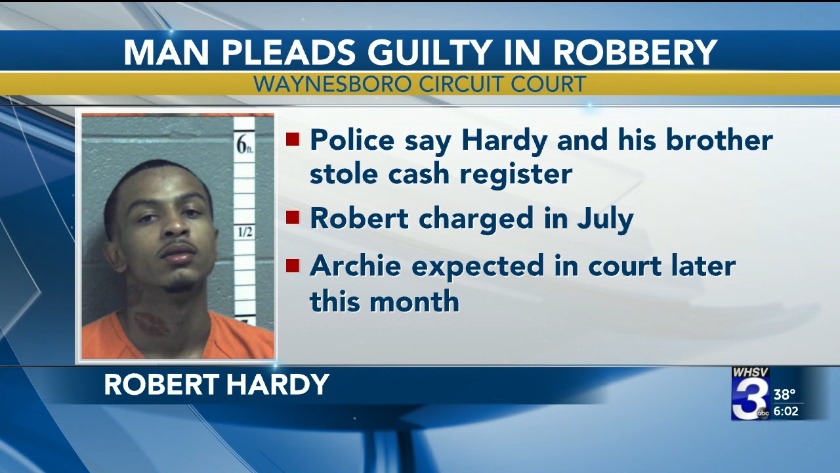 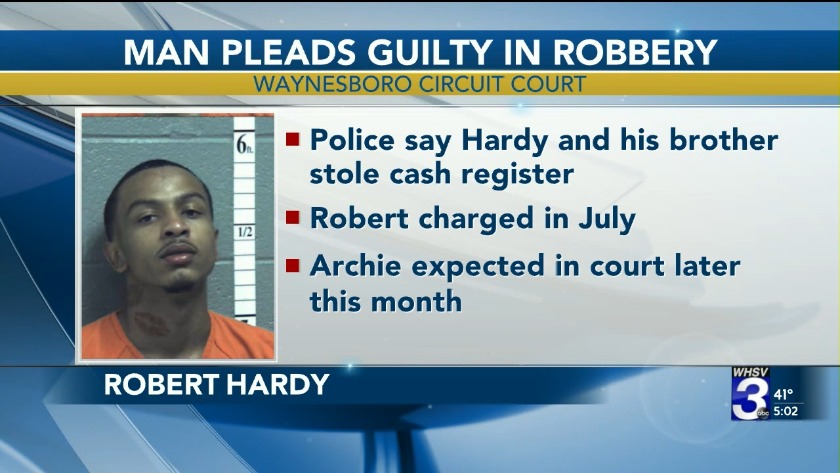 WAYNESBORO, Va. (WHSV)— One of two men involved in the theft from the Speedy Mart pleaded guility in Waynesboro Circuit Court on Tuesday.

Hardy was one of two men accused of stealing the cash register from the Waynesboro Speedy Mart in February. | Credit: WHSV

The Waynesboro County Commonwealth's Attorney said Robert Hardy was sentenced to ten years with seven months suspended for his role in the robbery. According to police, two men wearing hoods and masks ran into the store near the northern end of Waynesboro on the evening of February 20, displaying handguns.

Police said surveillance images showed the two briefly looked around the store, but the lone clerk working was not in the retail area, so one of them picked up the register valued at over $500 including its contents and then both fled to a waiting vehicle in the parking lot.

Robert Hardy, a 19-year-old Augusta County man, was already in custody at Middle River Regional Jail when police charged him with conspiracy to commit robbery, use of a firearm in the commission of a felony and grand larceny.

The commonwealth's attorney said Archie Hardy, Robert's brother, will appear in court later this month for his role in the robbery.