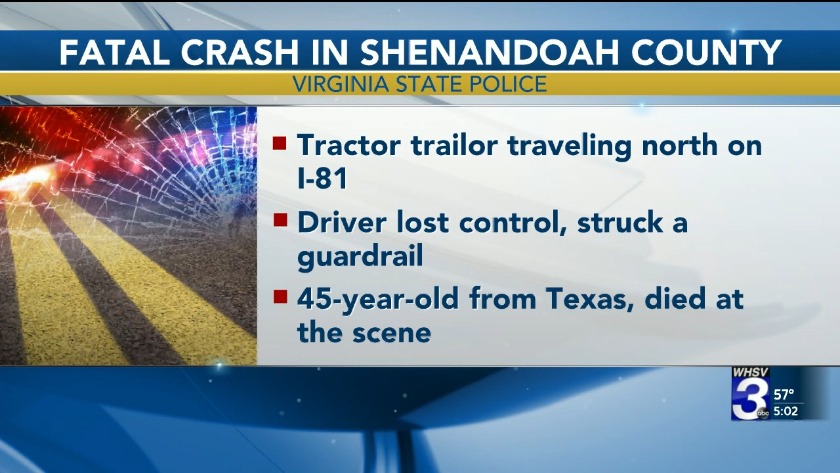 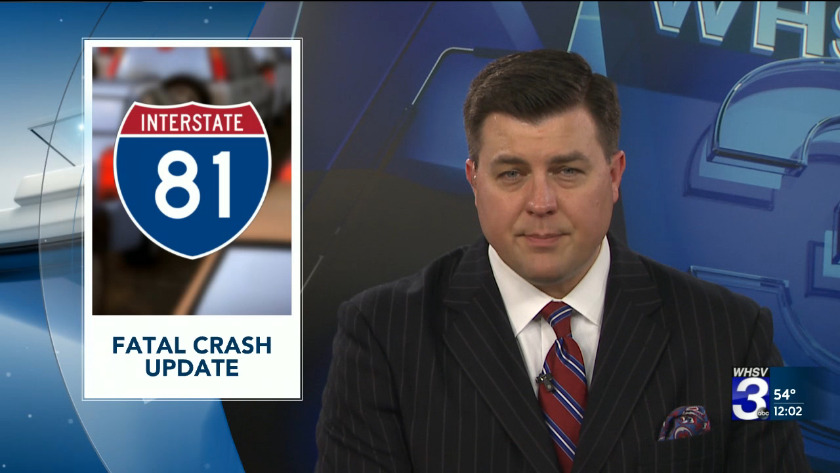 A tractor trailer driver was killed in a crash that shut down the northbound side of Interstate 81 for hours on Tuesday morning.

That's right near Exit 296 for Strasburg.

Police say the tractor trailer ran off the left side of the interstate, struck a guardrail, ran up an embankment, and collided with a bridge pillar.

The driver, identified as 45-year-old Chheanrem R. Chhean, of Rosharan, Texas, died at the scene. He was wearing a seat belt.

As crews responded to the crash, the northbound side of the interstate was shut down until the morning, from about 12:15 a.m. to 7:30 a.m. Virginia State Police was assisted by VDOT.

Crews plan to return to the crash scene Tuesday night to remove a large amount of debris from the median.

The northbound lanes of Interstate 81 are reopen after an overturned tractor trailer shut down northbound traffic near Strasburg early Tuesday morning.

Crews plan to return to the crash scene Tuesday night to remove a large amount of debris from the median.

The Virginia Department of Transportation reports an overturned tractor trailer has blocked both northbound lanes of Interstate 81 in Shenandoah County, causing significant delays for drivers this morning.

The truck overturned and struck a bridge pier at exit 296 near Strasburg around 12:30 a.m.

VDOT said wreckers are working to remove the truck so that the inspectors can determine whether there is significant damage to the bridge.

Northbound I-81 traffic is using the off-and-on ramps at exit 296 as a detour.