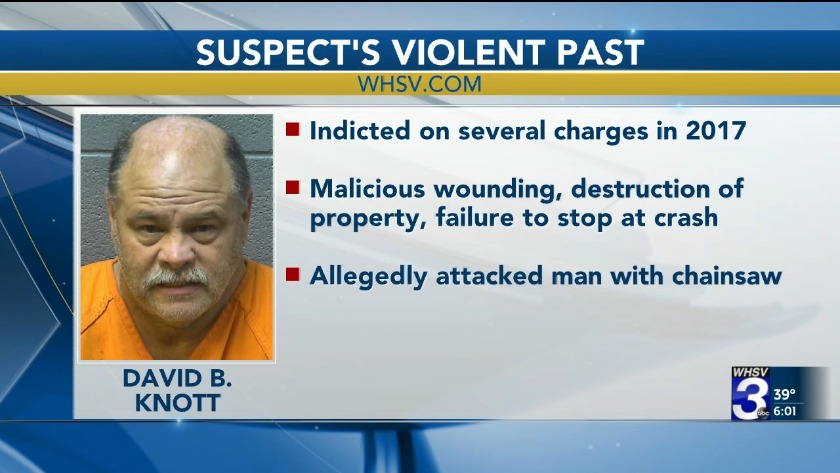 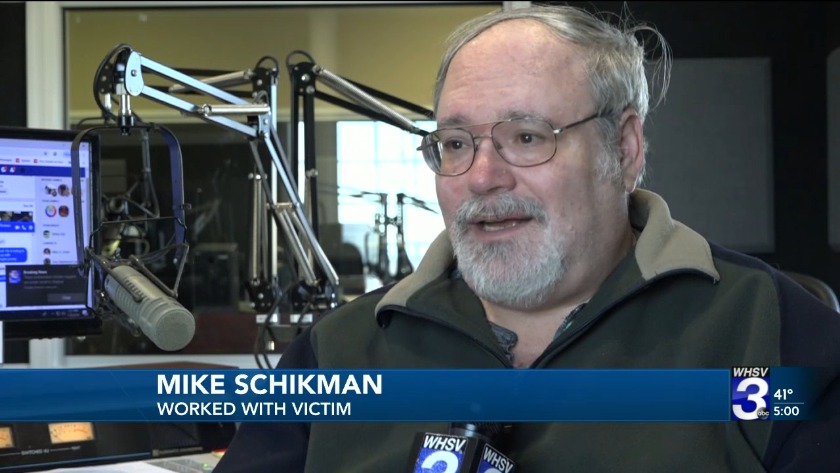 Stabbing outside of Edinburg ends in charges for David Knott 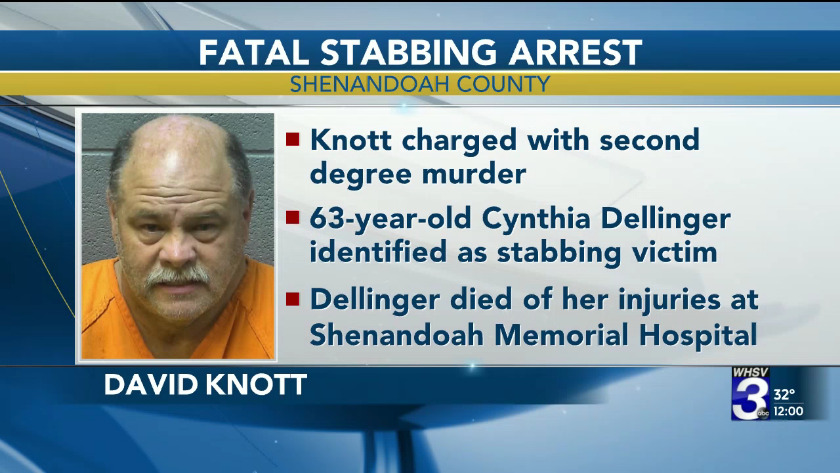 Authorities continue investigation of a fatal stabbing in Edinburg 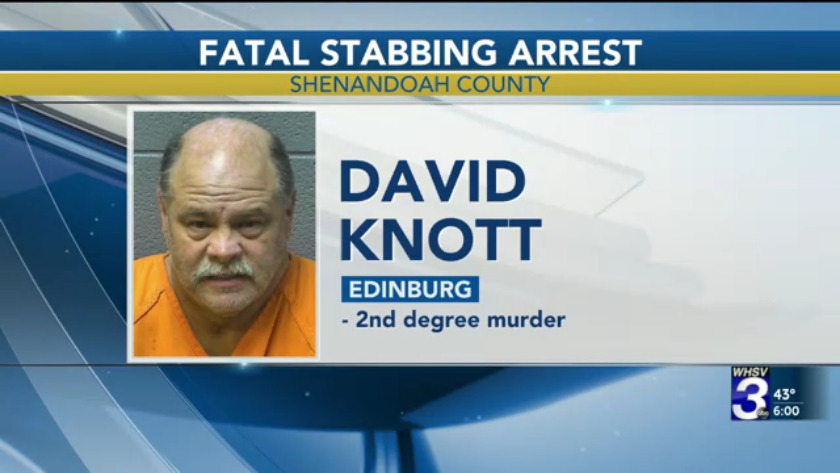 SHENANDOAH COUNTY, Va. (WHSV) — An Edinburg man was taken into custody after a woman was stabbed to death on Saturday.

David Knott, 55, is charged with second-degree murder of Cynthia Dellinger, according to Sgt. B. Coffey with Virginia State Police.

The Shenandoah County Sheriff's Office responded to a 911 call at a home on Dellinger Acres Road shortly before 3 p.m. on Saturday, west of Mount Jackson. Deputies found Dellinger, 63, suffering from multiple stab wounds.

Dellinger was taken to Shenandoah Memorial Hospital, where she died from her injuries.

The initial call came in for a medical emergency, but deputies quickly determined an assault had occurred.

In a release, police said a "person of interest" had been identified later in the evening. Shenandoah County deputies, who knew the victim as the mother of one of their staff, reached out to the Virginia State Police and asked them to carry out the criminal investigation.

Knott is being held at RSW Regional Jail without bond.

He has a criminal history including a reported attack with a chainsaw and an ATV in 2017.

The Culpeper Field Office of Virginia State Police is investigating the murder, and they say there is no danger to the public.

Police are not releasing information about the connection between Dellinger and Knott; however, public records show Dellinger owned the property where Knott resided in 2017.

Dellinger was remembered by WSVA Radio, where she once worked as a reporter and anchor.

"She was just one of those people that you knew would be a success no matter what she did," said WSVA's Mike Schikman. "When I found out Sunday night what happened, I was devastated."

On Monday, Delegate Todd Gilbert of Shenandoah County adjourned the House of Delegates in Richmond in her honor.

We here at @WSVA550 mourn along with the Shenandoah County Sheriff's Office. Cynthia Dellinger was a former news reporter and anchor here at the station. Our thoughts and prayers are with Wes and the rest of the family in the wake of this tragedy.