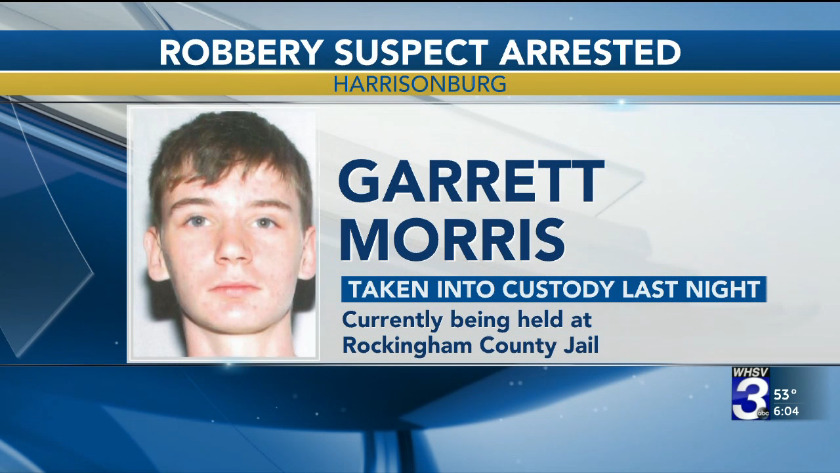 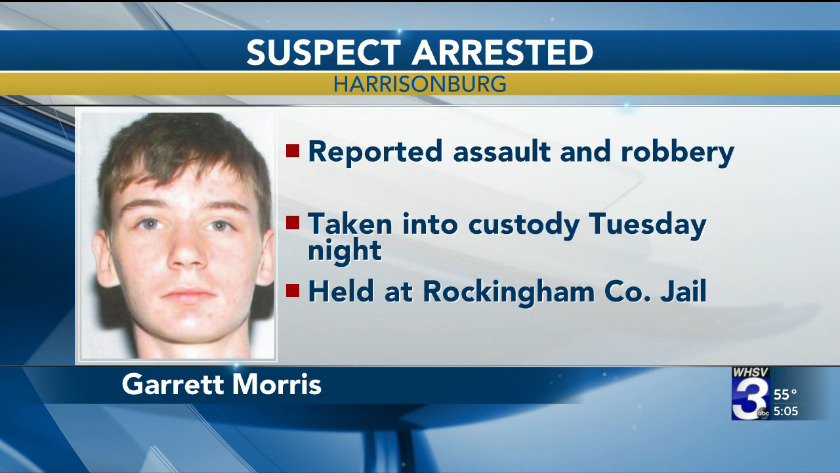 Police say one of the suspects in a reported assault and robbery in Harrisonburg earlier this month has been captured.

According to the Harrisonburg Police Department, 18-year-old Garrett Morris, of Rockingham County, was taken into custody Tuesday night.

Morris is being held at the Rockingham County Jail.

No new information has been provided about any of the other four suspects. At least one was identified as a juvenile.

The robbery on May 8 is one of several crimes reported in the area of Lois Lane in Harrisonburg this month.

Police say they're searching for four suspects in connection to a reported assault and robbery in Harrisonburg this past week.

According to the Harrisonburg Police Department, on Friday, May 8, officers were called to the 1000 block of Lois Lane for a report of a robbery.

When police arrived to the address, off of Port Republic Rd. in the area of several townhome and apartment complexes, between The Hills Northview and The Hills Southview, they spoke with the victim.

Officers say the victim told them that they heard a knock at their door and then four people forced their way into the home, assaulting the victim and the victim's guests.

According to police, an undisclosed amount of money was taken from the victim before the suspects fled the scene.

Two of the four have been identified. One is a juvenile and the other, police say, is 18-year-old Garrett Morris, of Rockingham County.

Morris is wanted for robbery, use of a firearm in commission of a felony, and two counts of brandishing a firearm.

The juvenile has a detention order for robbery.

Police want the public's help to identify the two other robbery suspects and find the whereabouts of Garrett Morris.