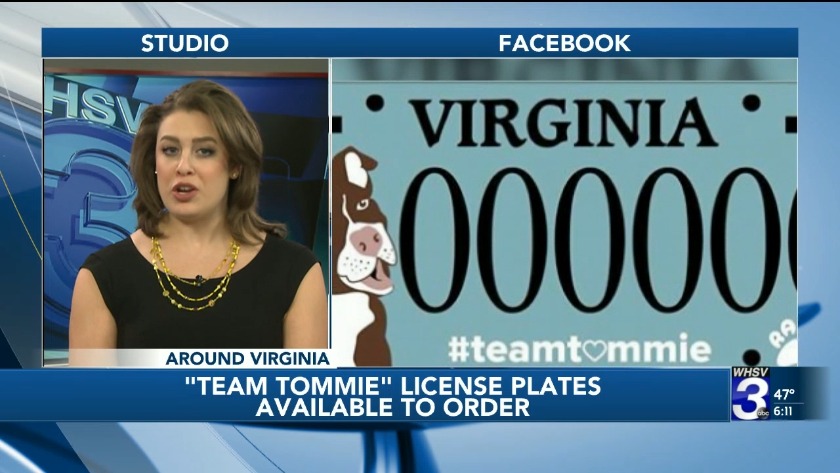 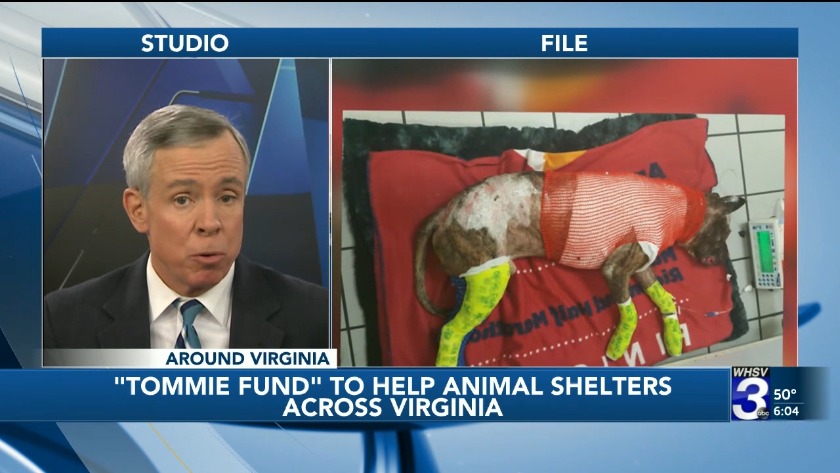 RICHMOND, Va. (WWBT) — Just about two weeks after Richmond Animal Care and Control announced that they had the chance to make “#TeamTommie” license plates a reality, they're already about halfway to meeting their goal.

The shelter is aiming to sell license plates in honor of Tommie the pit bull, from which revenue will go toward the shelter's 'Tommie Fund.'

For that to become reality, 450 license plates need to be sold. Once that happens, a bill will be submitted to the Virginia General Assembly to approve in 2020. Right now, they still need a little more than 200 pre-sales to qualify.

Tommie the pit bull died earlier this year after RACC did all they could for him after he was set on fire in a public park.

People across the country and the world rallied to support the dog, donating massive amounts of money in his honor.

Jyahshua A. Hill, 20, was arrested May 20 by the U.S. Marshals Regional Fugitive Task Force and charged with one count of felony animal cruelty in the case.

He was sentenced to five years in prison in August.

A “Tommie Fund” was created later this year and has raised tens of thousands of dollars to help animal shelters across Virginia.

Any #TeamTommie license plates sold, if they're approved by the General Assembly, will mean that some of the sales revenue will go to that fund.