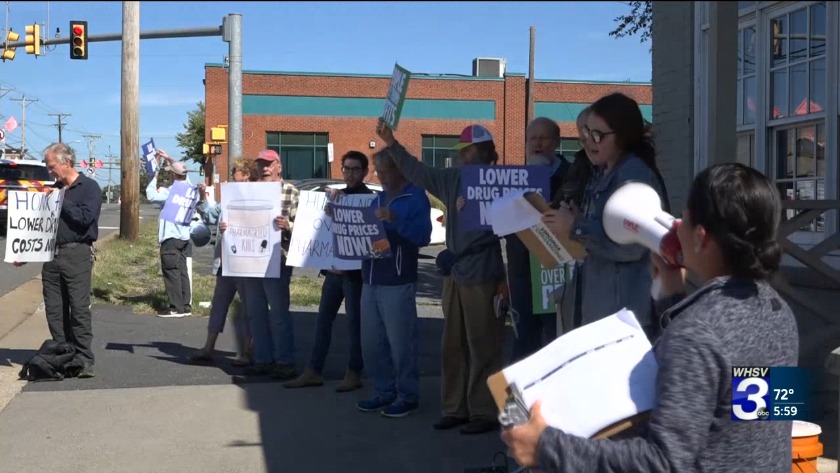 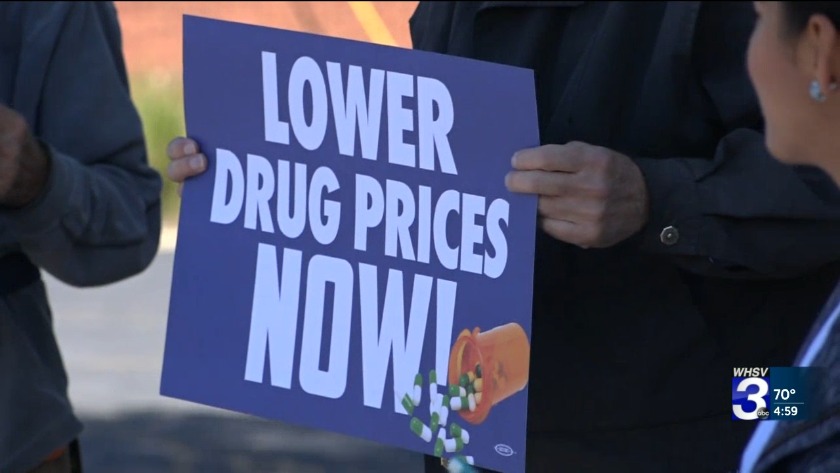 HARRISONBURG, Va. (WHSV) — A rally in Harrisonburg on Thursday afternoon aimed to draw attention to a problem that could be affecting you: the cost of prescription drug prices.

Some drivers honked as they drove by, thanks to this sign.

Virginia Organizing set up the rally outside the Harrisonburg office of Rep. Ben Cline (R-VA06).

"I'm out here to try to make a statement about the crisis that this country is in about medical care," Bruce Busching, a member of the rally, said. "It's terrible. I live on the edge a little bit, afraid that it might (affect me) sometime. And certainly I have close friends that it's affected."

H.R. 3 is the inspiration for the rally. The bill that aims to establish a fair price negotiation program for drugs and protect Medicare from excessive price increases.

"It's ridiculous that people are quite literally dying because they can't afford their medication cost," Amanda Dameron, a member of the Harrisonburg community and former intern for Virginia Organizing, said. "That's a disgrace."

It's a cause that is personal for Dameron.

"I've also had a family member that unfortunately passed away from Type 1 diabetes due to inability to afford medication and get proper treatments."

Before leaving, the members of the rally left a petition for Rep. Cline, hoping to sway him to support the bill.

"People can't afford what they face when they have serious medical issues. and part of it is this system of allowing private companies to make so much off medical care," Busching said.

Rep. Ben Cline said in a statement to WHSV that he agrees Congress should take action immediately to encourage lower prescription drug prices. He is the lead cosponsor of the "Terminating the Extension of Rights Misappropriated Act."