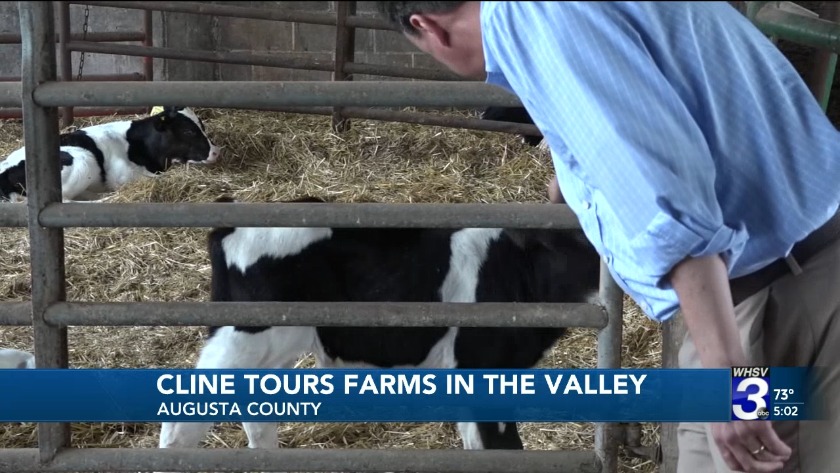 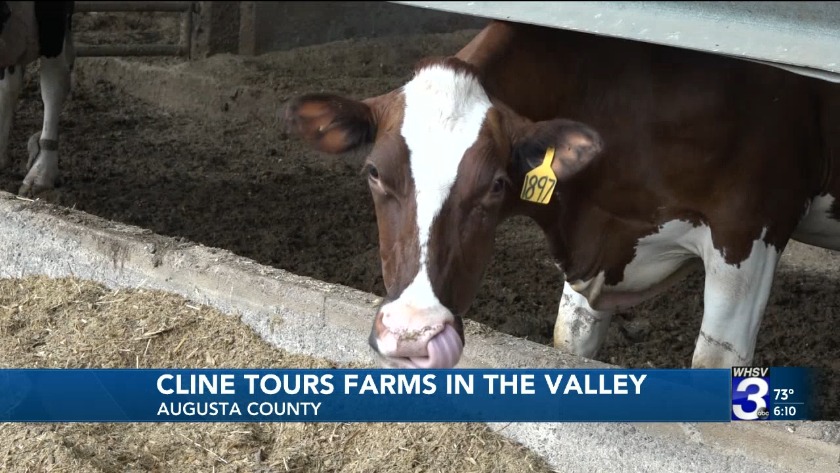 AUGUSTA COUNTY, Va. (WHSV)— Representative Ben Cline has been touring farms in the valley this week as part of his agriculture tour. On Monday, he stopped by Cave View Farms in Weyers Cave.

Gerald Garber, the owner of the farm, gave a tour and talked about how he raises his cattle. Cline said it's important for him to hear directly from farmers about their needs, and how what the federal government does could impact them.

"The federal government intersects with agriculture in so many different ways," Cline said. "We've got to make sure we have the right policies in place when it comes to agriculture to help farmers here in the sixth district."

Cline said in particular, they need to continue working to get trade agreements in place so there would be more options for farmers to sell their products.

On Tuesday, Cline plans to head to other farms in his district.