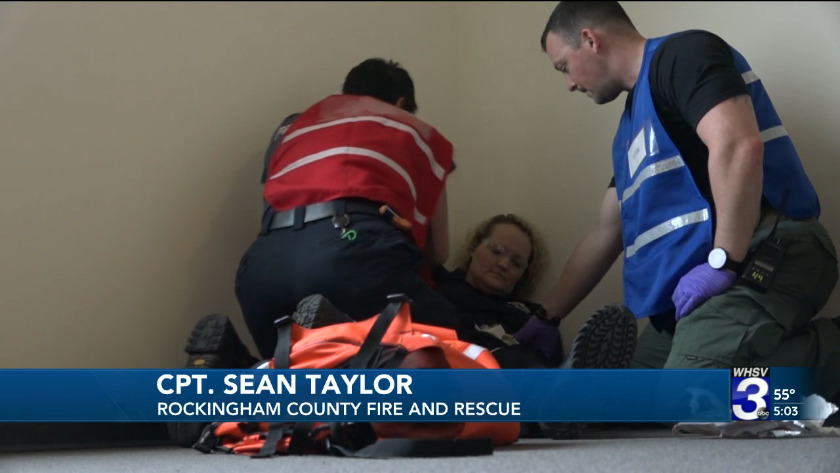 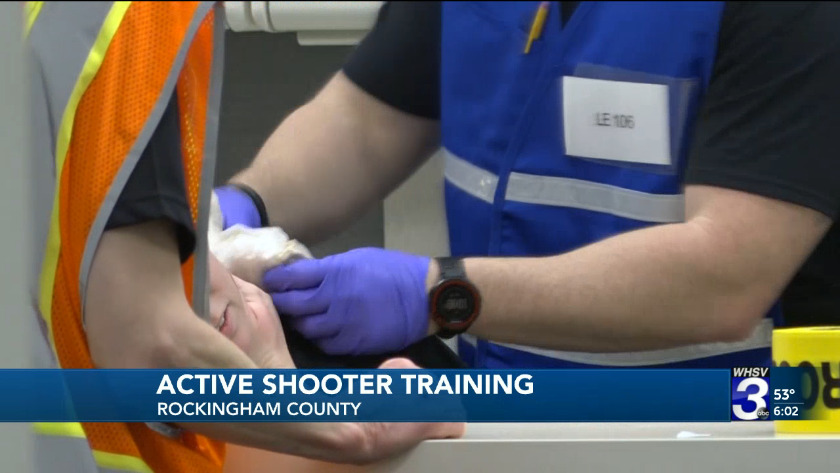 The training stayed realistic to prepare them for the worst. Volunteers were used as victims, with makeup to simulate wounds, and were given different mock injuries for emergency crews to work with.

A gun was used to start the simulations, but fired blanks; that's when crews moved into the second floor of the SRI International building off of Route 11.

This is the first time first responders from Rockingham County had the opportunity to come together for an intense training of this scale in their backyard.

Some members have had training like this before, but nothing to this extent.

"It's very realistic, something we could see in the field," Captain Sean Taylor, of Rockingham County and Rescue, said. "These guys have done a great job bringing some training material here. It's given us a very realistic look into what we could face if something were to happen," Captain Taylor said.

The training was put together by officials with the Federal Emergency Management Agency (FEMA) and Louisiana State University.