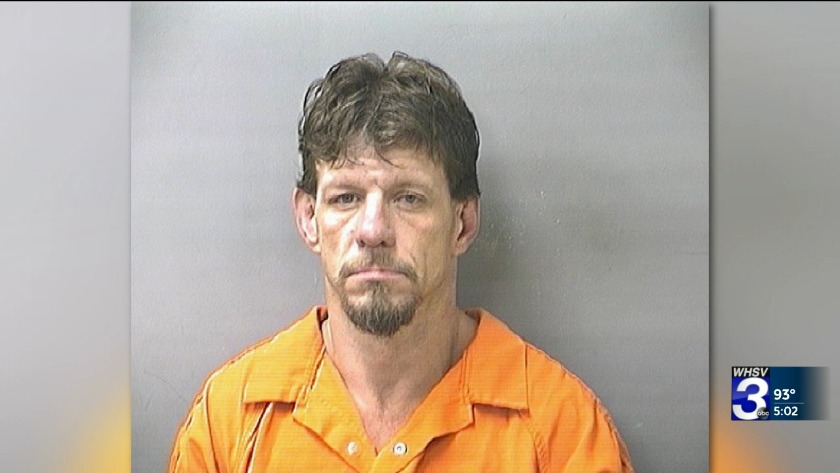 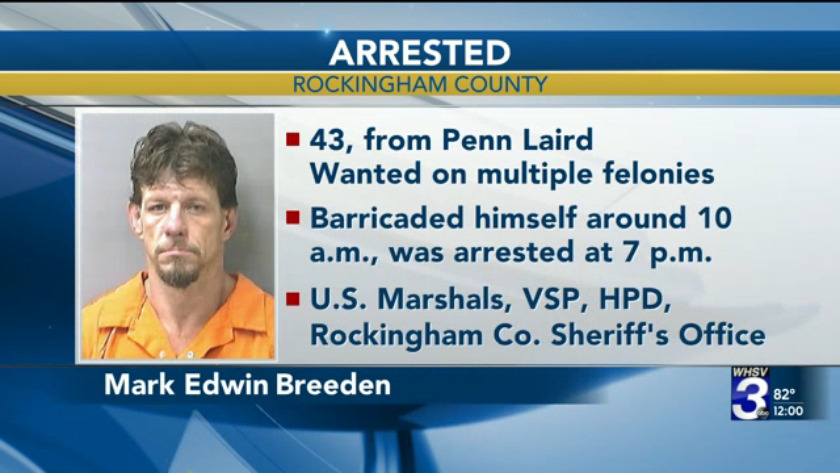 ROCKINGHAM COUNTY, Va. (WHSV) — A Penn Laird man was arrested after a nine-hour standoff throughout Wednesday.

According to the Rockingham County Sheriff's Office, the U.S. Marshals Office obtained information this week that 43-year-old Mark Edwin Breeden, wanted on multiple felonies, may be at a home in the 14000 block of Mountain Valley Road.

Court records show Breeden faced a number of charges from August, including residential robbery, grand larceny, and wearing a mask, in addition to charges of violating probation on a felony offense. He had previously been convicted of assault and battery and entering a property with intent to damage.

On September 11, U.S. Marshals and members of the CHARGE Task Force arrived to Mountain Valley Rd. and got confirmation that Breeden was in a particular building in the area.

At 7 p.m., after negotiations had come to a standstill, members of the Rockingham County Sheriff's Office SWAT team entered the home with a Virginia State Police dog and took Breeden into custody.

Deputies say no one was hurt in the arrest. They believed he was armed, but at the time of his arrest, Breeden had no weapon on him.

Throughout the course of the standoff, law enforcement on scene worked to make sure the location and the perimeter were secure, including conducting traffic control in the area.

"He did not end up fleeing in any way, but as a wanted felon and believed to be armed, it was definitely just being a little precautionary to make sure that whole area as kind of secure," Rockingham County Sheriff Bryan Hutcheson said.

People in the area told WHSV school buses were re-routed around the scene and some neighbors were told not to leave their homes.

Hutcheson said these types of situations aren't common in Rockingham County, so the training is important.

"We just try to be aware that every situation is going to be different," Hutcheson said. "You're going to have to improvise, and in training, by doing different situations in different places, it kind of helps you a little bit, and just being able to adapt."

Breeden is currently being held at the Harrisonburg-Rockingham Regional Jail.

Waynesboro shelter looking for more volunteers in the coming weeks

Waynesboro shelter looking for more volunteers in the coming weeks