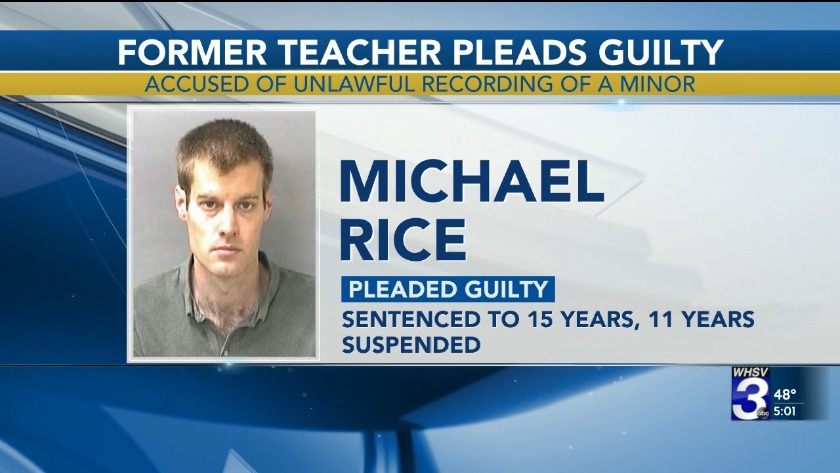 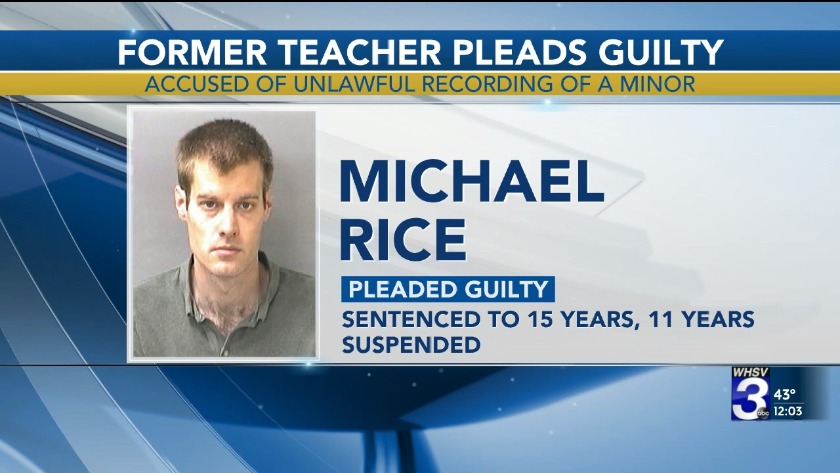 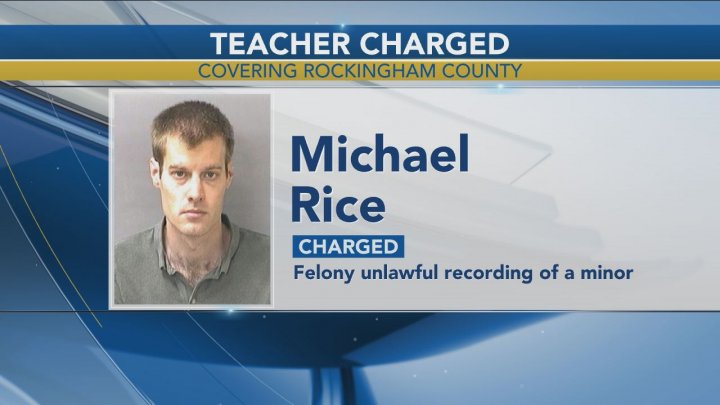 A former third grade teacher at a Rockingham County elementary school pleaded guilty on Thursday to unlawfully recording a minor.

Michael Frederick Rice, a 30-year-old Harrisonburg man who taught at John Wayland Elementary School, was relieved from teaching duties earlier this year, and Rockingham County Public Schools sent out a letter to families about an incident reported after field day at the school on May 31.

According to deposition from the prosecution in Rockingham County Circuit Court, Rice told female students that they could change in his classroom at the end of the field day, when students change back into their regular clothes.

While in the room, the girls noticed Rice's phone propped up, and after looking at it, they believed it was likely recording them.

According to the deposition, Rice lied in his first interview with law enforcement, denying he had recorded the kids, but told the truth in a second interview, admitting that's what he had done.

Based on evidence presented by the prosecution, the judge sentenced Rice to a total of 15 years, with 11 of them suspended, resulting in four years of active prison time. Afterward, he'll face five years of probation and 20 years of good behavior.

Any violations of that probation or good behavior timespan mean the suspended 11 years of prison time can be reinstated.

A Rockingham County teacher was charged on Thursday.

Michael Frederick Rice, a 30-year-old from Harrisonburg, was charged with felony unlawful recording of a minor.

Dr. Oskar Schiekl, the superintendent of Rockingham County Public Schools, said school administrators and members of the Rockingham County Sheriff's Department have been investigating after an alleged incident happened after field day at the school on May 31.

The school division sent a letter to families on Thursday.

"We have relieved the staff member from his duties this week as this investigation is pending in an effort to minimize any potential distractions," the letter stated.

It added, "The investigation into the incident continues and we will withhold any final judgments until the full investigation has been completed. While we cannot share specific details about the incident or the investigation, we do feel it is important that parents are aware of the situation and know that we are treating it with the seriousness it deserves. We remain committed to our school family and to making well-informed decisions that are in the best interests of our students."

Stay with WHSV News for more information of this developing story.