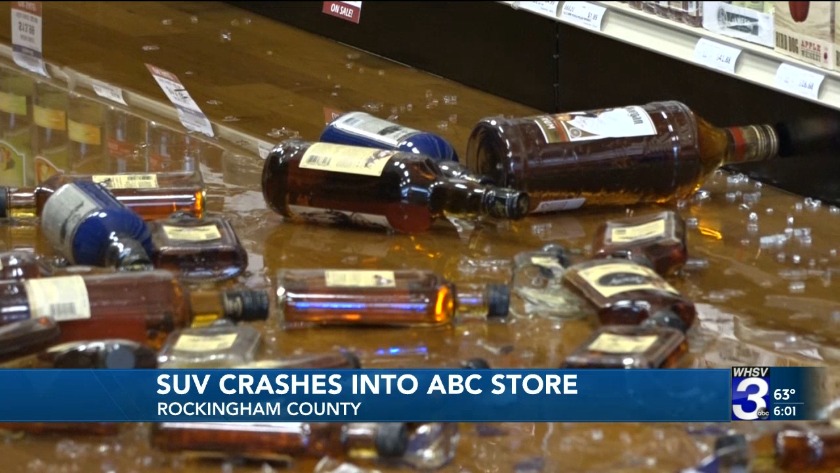 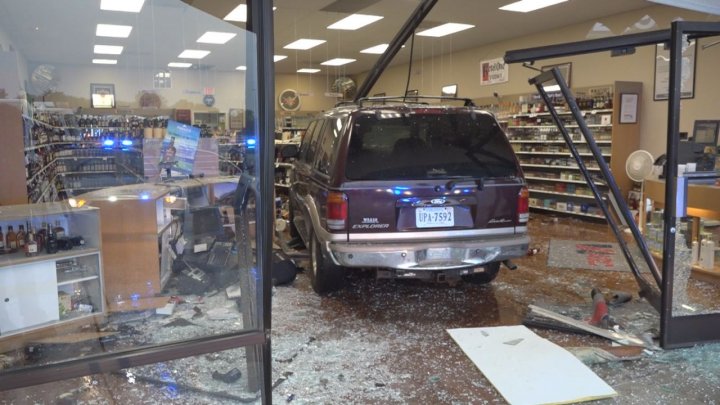 HARRISONBURG, Va. (WHSV) — Virginia State Police are investigating a crash that took a store's employees by surprise on Friday afternoon.

Virginia State Police investigate the crash scene where a vehicle ran into the Virginia ABC store along Rt. 42 in Harrisonburg

At about 1:05 p.m., a 2001 Ford Explorer crashed directly through the front doors of the Virginia ABC store at 2196 John Wayland Hwy., just outside Harrisonburg city lines.

That's in the Walmart shopping center just off of Rt. 42.

The driver, identified as 77-year-old Richard L. Pratt Sr., of Harrisonburg, told police he had a vehicle malfunction that caused the vehicle to go forward into the store. However, by later in the afternoon, police charged him with one count of reckless driving.

He had one passenger in the vehicle, identified as a 65-year-old Harrisonburg woman. They were both wearing their seatbelts.

Neither they nor anyone inside the store was injured.

That was extremely fortunate, as the vehicle crashed directly into one of the counters just after an employee said she had handled a sale at that same counter.

The crash demolished the building's front doors, sending shattered glass all over the floor and the sidewalk in front of the store. There appears to be significant damage to the building.

In addition, many bottles of liquor could be seen broken on the floor, with bourbon flooding an aisle and mixing with rainwater from outside.

Melinda Shifflett, who works near the ABC store, said she heard the crash and knew exactly what it was.

"My assistant and I were both sitting at our desks and we all of a sudden heard this loud boom, like it wasn't thunder," Shifflett said. "So we knew immediately that someone had run through one of the stores or it was someone hit out in the parking lot or a wreck."

Police responded to the scene and the vehicle was towed away.