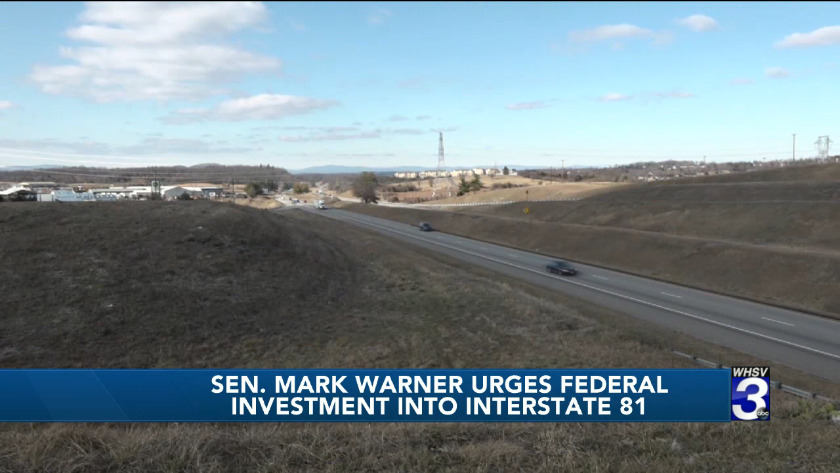 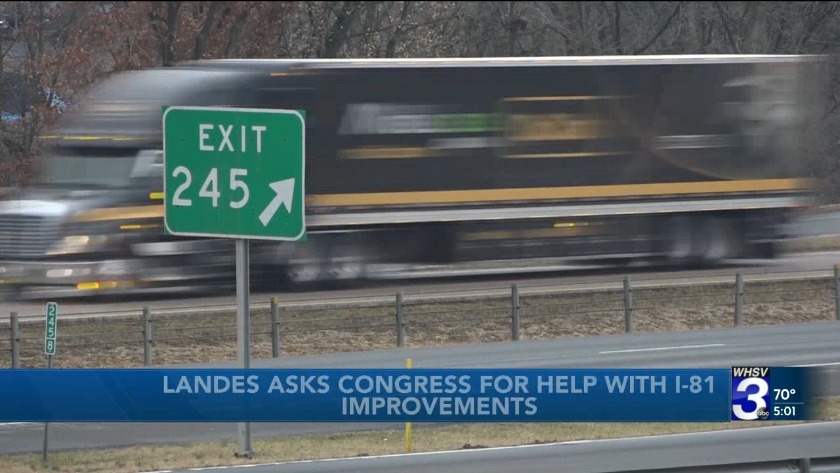 Landes and others request assistance to improve I-81 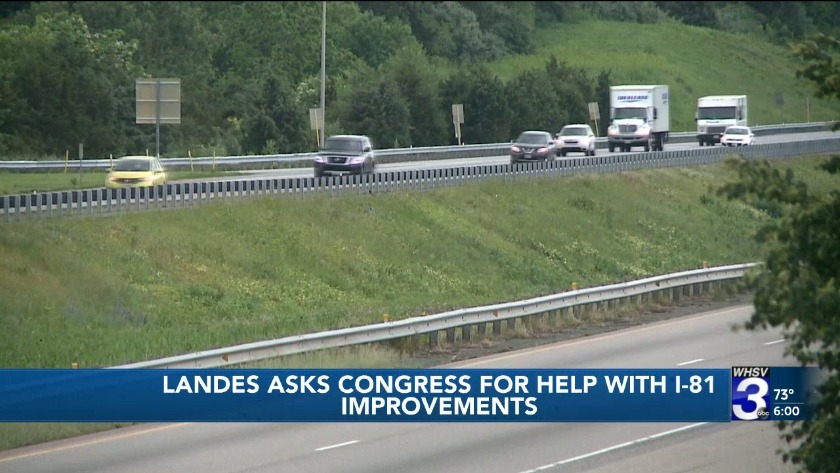 I-81 has become "dangerous and unreliable" according to legislators

WASHINGTON (WHSV) — One of Virginia's senators called for increased federal funding for Interstate 81 in a Tuesday hearing on the reauthorization of transportation funding.

As Congress considers the funding allotted for surface transportation projects across the nation, Sen. Mark Warner highlighted the importance of I-81 to both Virginia and the national economy.

“One of the areas in Virginia where we have tremendous transportation challenges is the I-81 corridor…with the amount of traffic, and particularly commerce that flows for the whole East Coast on I-81, and the level of bottlenecks and safety concerns,” said Sen. Warner.

The U.S. Chamber of Commerce’s Vice President for Transportation and Infrastructure expressed support for providing more funding for I-81 after Warner's comments.

Last year, Senators Tim Kaine and Mark Warner sent a pair of letters to the Senate Committee on Environment and Public Works and the U.S. Department of Public Transportation to request more federal funding to fix I-81's Virginia stretch.

In the past decade, I-81 has experienced huge increases in traffic growth, which has, in turn, contributed to more than 2,000 crashes on the Virginia stretch a year, with more than a quarter involving heavy trucks.

More than one-third of all trucks that drive through Virginia and approximately half of the Commonwealth’s value of goods are transported along I-81.

“While improvements have been made in past years to keep up with the growth, I-81 continues to experience heavy congestion and dangerous conditions, which have degraded the corridor,” the letter sent to DOT Secretary Elaine Chao last year reads. “The proposal put forth by VDOT will undoubtedly transform and improve the lives of many Virginians who travel the interstate every day. Furthermore, upgrades and repairs will improve the safety of those traveling through the Commonwealth.”

In the senators' letter to the Committee on Environment and Public Works, they asked for funding for interstate improvement projects on I-81 to be included in the next big surface transportation bill.

“As you continue to draft the surface transportation reauthorization bill, we urge you to include as much funding as possible for major, high priority interstate improvements projects such as I-81 in Virginia,” the letter reads. “Robust funding through formula programs, as well as additional competitive grant programs like BUILD and INFRA, will be necessary to achieve funding goals for this, and other major projects that involve improvements to hundreds of miles of major interstate arteries.”

Earlier last year, state politicians, especially including those from the Shenandoah Valley, wrote to Virginia's congressional delegation, including Kaine and Warner, pleading for federal assistance.

Virginia lawmakers voted to approve higher truck registration fees and gas tax increases along the I-81 corridor to fund necessary improvements for the interstate, but even so, Delegate Steve Landes said there will still be a deficit of $2.2 billion that the federal government could help fill.

The motor fuels tax went up 2.1 percent, amounting to about 7 cents a gallon.

In the spring of 2019, Congressman Ben Cline (VA-06) testified before the House Transportation and Infrastructure Committee to advocate for funding for Interstate 81.

During testimony, Cline said I-81 is in dire need of funding for repairs to ease congestion and improve safety.

Local seamstress explains how to make a cloth face mask

Local seamstress explains how to make a cloth face mask