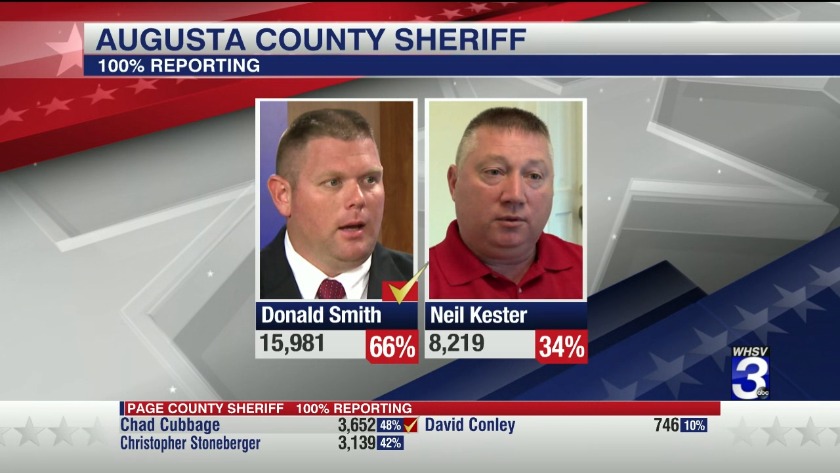 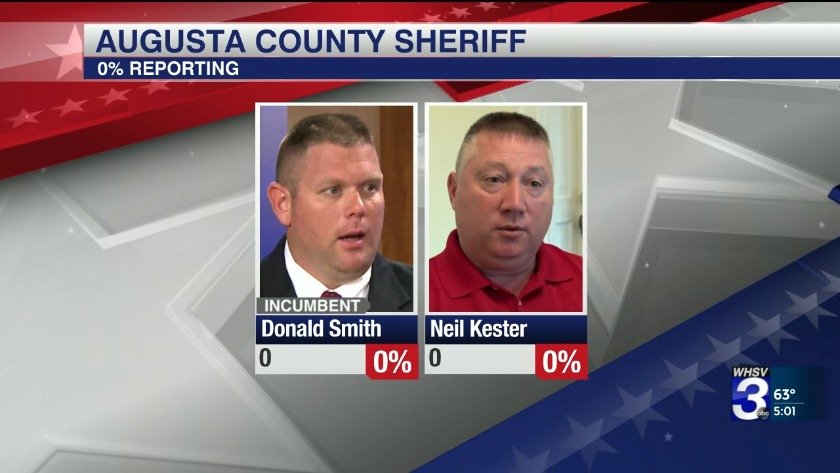 The race for Augusta County Sheriff

AUGUSTA COUNTY, Va. (WHSV) — Months of a contentious campaign have come to an end as Donald Smith was re-elected as sheriff in Augusta County.

It was a race that grew wider throughout the night, with Smith winning 66% of the vote.

Throughout the last several months, Smith battled what he called a "smear campaign" after several radio, newspaper and billboard ads appeared, focusing on a case settled in 2018. Back in August, the sheriff released a video that he said was part of a smear campaign, and the controversy escalated from there.

The video alleged that Smith had lied to investigators, obstructed justice and attempted to interfere with the investigation that resulted in guilty pleas and prison time for Maria Rosalba Alvarado, former owner of Inca's Secret Shop in Harrisonburg, and her son, Felix Adriano Chujoy.

Throughout the race, Neil Kester, the other candidate for sheriff, denied being behind the different advertisements. Several times, Kester said the advertisements were "below the belt."

Most were listed as being paid for by "Stop Trafficking Augusta," a political action committee created this year that received donations from two employees of Nexus Services.

Before the election, Sheriff Smith listed several priorities he wants to focus on if re-elected. During his time as sheriff, Smith said he was proud of the three cold case murders they've solved. Smith said they've also reinstated the reserve deputy program, and worked to "bring the overall training and professionalism of the sheriff's office to where it needed to be."

Smith said working together has been, and always will be very important at the office.

Smith's priorities include bringing in more school resource officers, bringing back the D.A.R.E. program into the schools, adding more K-9s to the staff, and addressing the problems with drugs in the county. Smith said the K-9s have been especially helpful with the drug issue.

Smith also wants to increase the salaries for deputies, bring in a drone, continue training with other local agencies and create a citizen's police academy.

On Tuesday, Smith said he was glad the race was over. He said the campaign had been difficult on him and his family. He said as sheriff, it was also difficult to see his deputies attacked.

"I just want to thank Augusta County and the citizens for believing in me, and they sent a clear message today, and I'm very grateful for it," Smith said.

This is Smith's second term as sheriff.