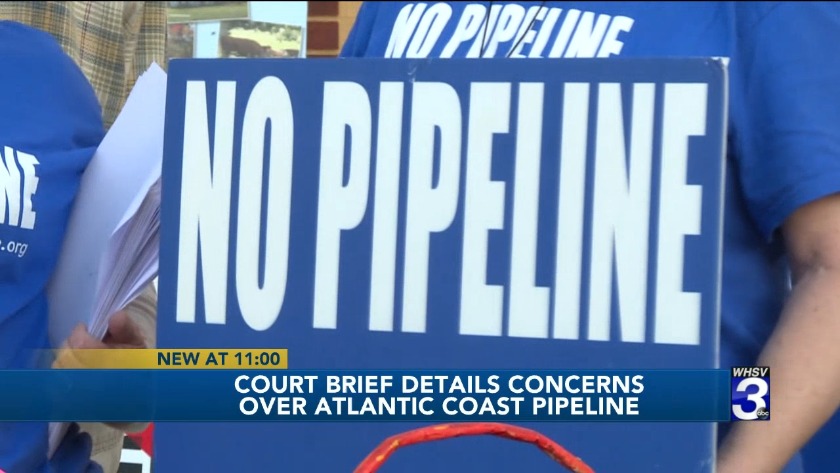 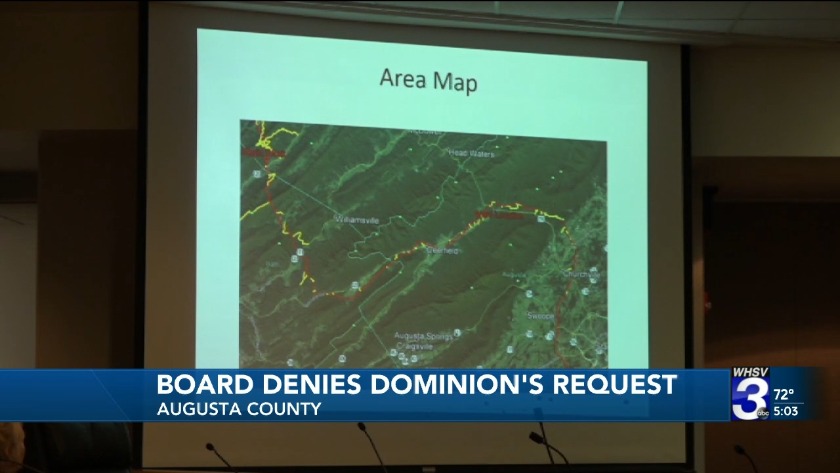 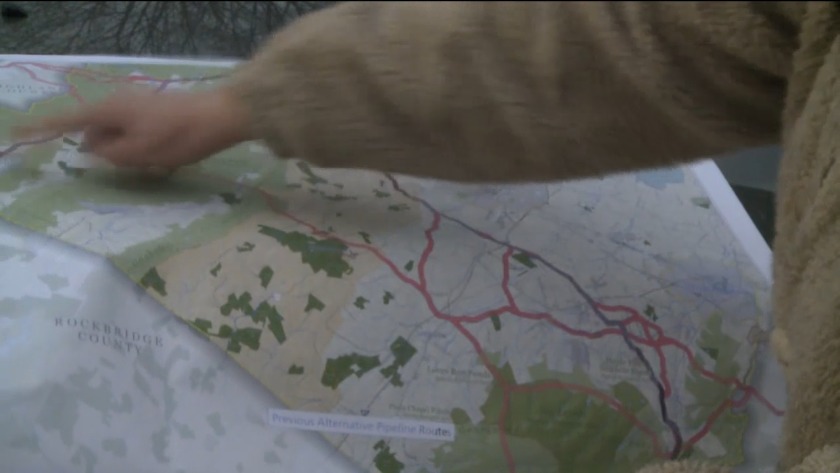 Sorrells said she thinks the pipeline will cost Augusta County jobs because of the possible negative impact the ACP could have on agriculture.

The City of Staunton has followed through on its vote last fall to challenge the Federal Energy Regulatory Commission's approval of the Atlantic Coast Pipeline, which is planned to pass through Augusta County.

This week, Staunton and Nelson County filed a joint friend of the court brief to the U.S. Court of Appeals for the District of Columbia.

Back in November, Staunton City Council voted unanimously to join Nelson County to submit the amici curiae brief with its concerns about the pipeline.

Now, that brief has been made public. You can find it here.

In it, the city primarily opposes the pipeline on the basis that it would disrupt the karst geology of the area from which the city draws much of its water supply: especially Gardner Spring, which provides water for thousands of people in both Staunton and Augusta County.

The city, citing its Public Works Utilities superintendent, the Atlantic Coast Pipeline's own consultant (GeoConcepts Engineering), National Geographic, and more, says the pipeline is routed to go right through the Gardner Spring recharge area, opening up the potential for contamination of the city's water supply.

A 2018 study by GeoConcepts Engineering tested the effect of releasing dye in the area where the pipeline would be built, and Gardner Spring then tested positive for the dye.

But Staunton says Dominion Energy didn't notify them — instead, they learned about it from the Virginia Department of Environmental Quality.

Nelson County argues that construction of the pipeline opens up the potential for landslides in deforested areas, flooding, and more, citing the devastation of Hurricane Camille as an example of how flooding can affect the area, and arguing deforestation of the pipeline's path would greatly increase the risk.

An amicus brief is a way for people or entities who aren't part of a lawsuit but have a strong interest in the matter to provide supplemental information and arguments for the consideration of an appellate court.

The Southern Environmental Law Center (SELC) also filed a challenge and a brief in the same federal court of appeals this month on behalf of other parties opposing the pipeline. You can view their brief here.

Construction of the pipeline is currently suspended after a three-judge panel ruled in December that the Forest Service lacks the authority to authorize the pipeline to cross the Appalachian Trail and "abdicated its responsibility to preserve national forest resources." Then, the 4th U.S. Circuit Court of Appeals rejected a request for a full-court rehearing from Dominion and the U.S. Forest Service.

But Dominion Energy's appeal to the federal court decision will be heard in May, and they plan to take it all the way to the Supreme Court.

"We are building the Atlantic Coast Pipeline with some of the strongest environmental protections and under the most intense scrutiny of any infrastructure project in the region’s history. No project has ever been built in our region with as much attention to the environment and public safety. Regardless of temporary delays, we know that the completion of ACP is essential to meeting the energy needs of millions of Americans, and we are confident in the ultimate outcome: The ACP will be completed."

The natural gas pipeline would originate in West Virginia and run through North Carolina and Virginia.

Earlier this month, the Federal Energy Regulatory Commission (FERC), made their final approval of construction on the Atlantic Coast Pipeline.

Now, one city in the Shenandoah Valley who faces impacts from the pipeline is standing against it.

The City of Staunton joined Nelson County in challenging the permit that FERC approved for construction of the pipeline.

Staunton City Councilman Erik Curren said the city approved a resolution to challenge the permit, partially because the pipeline will impact the city's water supply.

"This may be our last chance as a city to have any impact on the process over the pipeline permitting," said Curren. "And so we thought it was absolutely crucial that we stand up now and express our concerns about the permit to FERC and the danger to Staunton's water supply."

The pipeline is under construction, stretching 600 hundred miles. It will go through some parts of Augusta County along its route from West Virginia through Virginia and into North Carolina to transport natural gas.

Construction was temporarily halted in August due to a federal court vacating two permits from the U.S. Fish and Wildlife Service and the National Park Service, but FERC allowed work to resume in September.