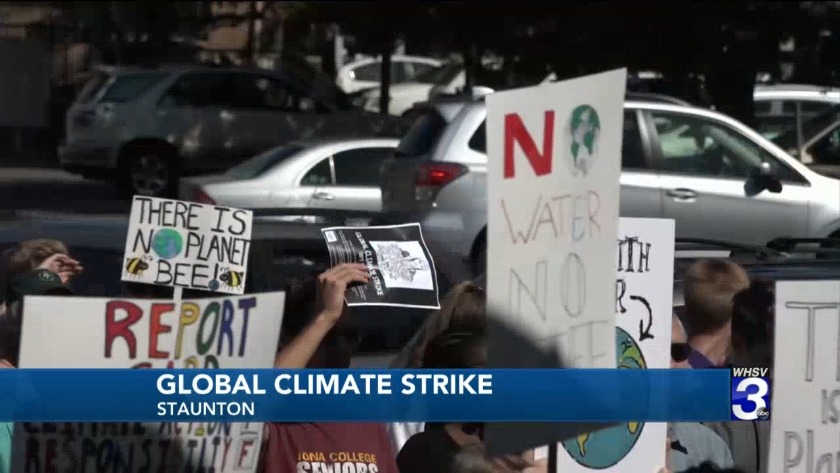 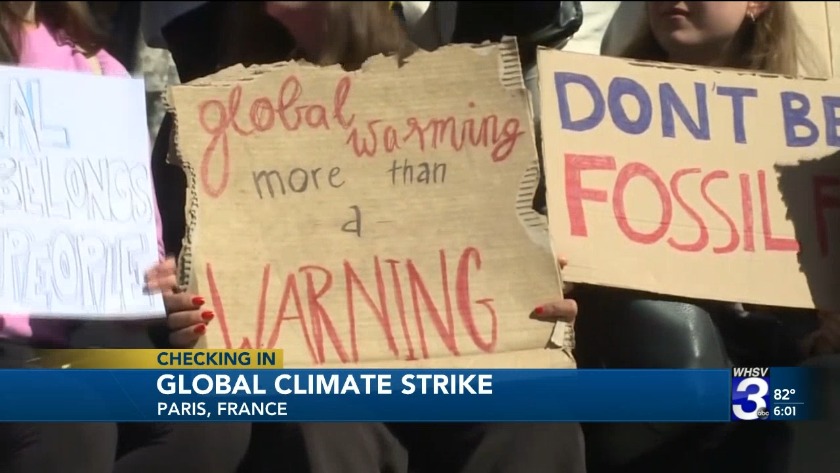 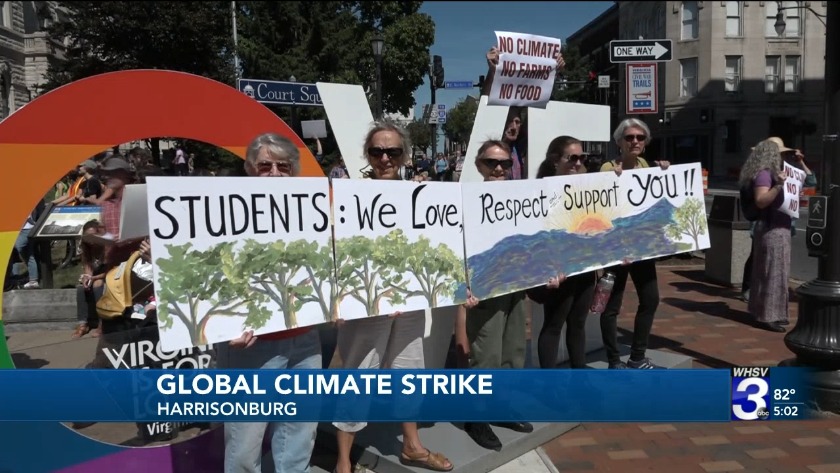 STAUNTON, Va. (WHSV) — Members of Shenandoah Green and others from Staunton joined with people across the country striking for climate change on Friday, September 20.

Georgi Tomisato is part of Shenandoah Green. She organized the event, along with help from Mary Baldwin University students. Tomisato said she thinks it's important to have events like this in Staunton and elsewhere.

"I think we need to be aware of this," Tomisato said. "I think it's the young people, we need to be listening to them, so I think that's why it was important in Staunton and around the world."

Professors from MBU, Secure Futures, and Staunton mayor Carolyn Dull all spoke at the event. They spoke about ways people can get involved, the importance of recycling and renewable energy, and the need to vote.

Julie Scofield is a Staunton resident who attended the event. She said this is a community that cares about the future.

"We're willing to take steps to reduce our reliance on fossil fuels, that we're really ready to up our game in terms of recycling and re-using, and that we want to be part of a broader, worldwide movement."

This was just one of many events across the nation and the world.