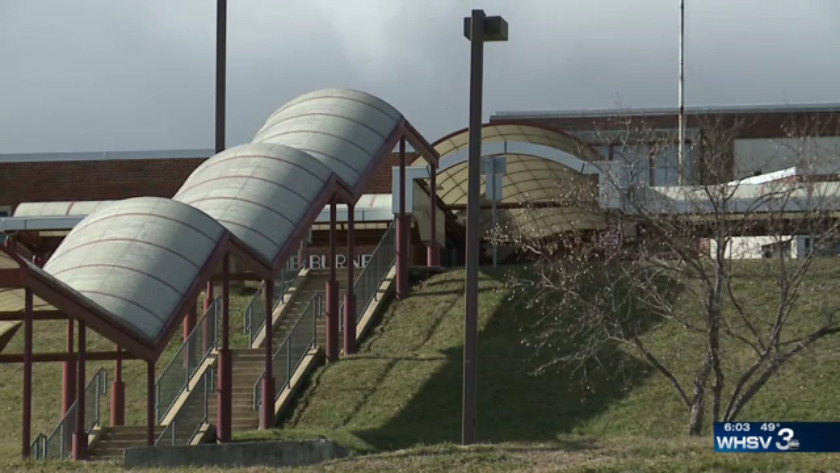 Tamika Derozen, whose son is in sixth grade at the Staunton school, said the class was learning about the Louisiana Purchase at the time.

"The teacher asked all of the African-American students to come to the front of the classroom," Derozen said.

Derozen's son then told his mom the students were asked to act like slaves for a skit, by pretending to pick cotton and dig for coal.

"He said, 'Mom, I didn't know what to do. I wanted to walk out of the class, but I didn't want to get in trouble,'" said Derozen.

The teacher then allegedly asked a few white students to join in the skit, to play noblemen.

"Why wouldn't she of asked for volunteers or why would she not have included any student of any race to just go up in front of the class and play pretend," Derozen asked.

The mother said she contacted the school with her concerns.

"The principal apologized. She explained to me that she told the teacher you can't single out a group of children based on their race," said Derozen.

She said the principal explained the teacher was trying to focus on a slave rebellion during the period.

But on Monday, Derozen's son said the teacher in question decided to respond to her complaint — directly to students.

According to Derozen, her son walked into class to find an image from the miniseries "Roots" on the projector.

The teacher then allegedly asked the students whether or not it would make sense for a white actor to play the role of the slave.

"She went on to say, 'exactly my point. For those of you that I offended, I apologize. But I want you to understand my reason for calling you up as African-Americans is because you better fit the role as a slave," said Derozen. "She still wanted to make herself right. You can't right your wrong."

Derozen said after the first incident, she planned to attend a meeting with the teacher. But since the second encounter, she has contacted NAACP and is encouraging other parents with kids in the class to come forward.

"We were just recently made aware of the incident at Shelburne Middle School and are investigating the information we received. The matter will be handled swiftly and fairly according with School Board policy.

"If such behavior occurred, it is grossly inappropriate, insensitive and contradictory to the values of our school division and will not be tolerated. At all times we expect our teachers and staff to be positive role models and demonstrate sound judgment.

"I want to emphasize that in no way does Staunton City Schools condone or encourage instruction that deliberately singles out a person or group because of race and subjects them to disparagement or humiliation."