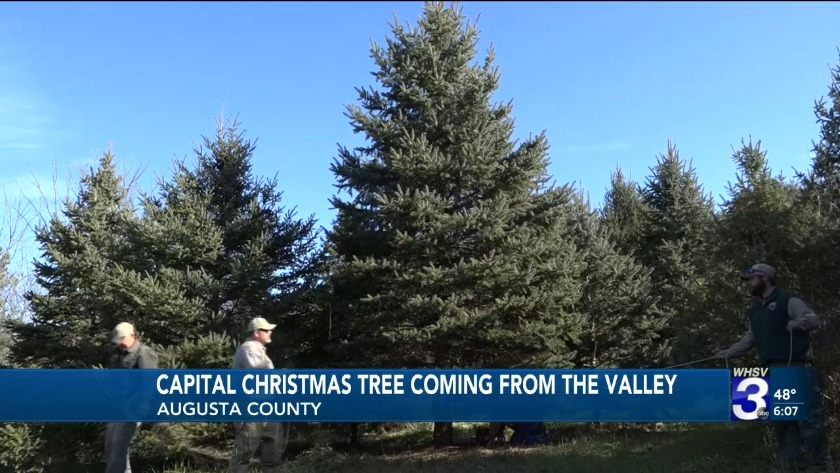 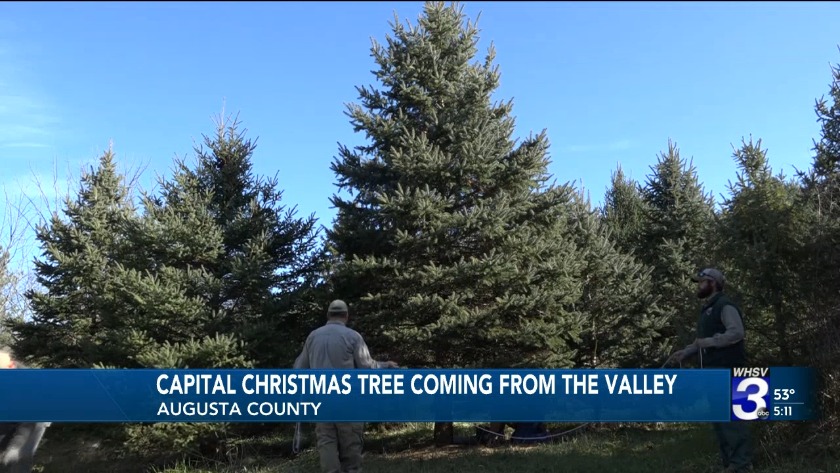 This years Virginia Capital Christmas Tree is coming from the Valley

Photo via Governor of Virginia

To open the event, the Maggie L. Walker Governor’s School string orchestra played “Silent Night” and other Christmas standards to a crowd of about 150 assembled in front of a podium and 20-foot-tall tree.

“It really takes a village whenever we do something like this, especially when we are looking at a very large tree,” Ring said. “And to know the many hands at the Department of Forestry that actually touched this tree, helped identify and find the tree and then helped make sure that it got here.”

After remarks from Ring, the governor stepped up to the podium and wished the crowd and citizens of Virginia a happy holiday. Once he finished speaking about his family’s Christmas traditions, Northam took a moment to talk about the tree and the farm that provided it. The 19-year-old Colorado blue spruce came from Friendly Forest Farm in Augusta County, according to the governor.

The tree was donated by Helen Braunworth and her daughter and son-in-law, Cindy and Wayne Crickenberger. It was donated in honor of Braunworth’s late husband William “Bill” Braunworth, according to the Virginia Department of Forestry. It was delivered Monday, along with a wreath, and the governor proclaimed December as Virginia Christmas Tree Month.

“Are you all ready to light the tree?” the governor asked the audience. Loud shouts of “yes!” came back in response.

The crowd chanted the countdown along with the governor, and suddenly the Augusta-grown tribute was shining.

“Please join us at the mansion for some cider, hot chocolate and cookies. I appreciate y’all being here tonight,” Northam said, standing in front of a now illuminated tree.

A long line formed outside the governor’s mansion where families and groups waited to be let in to gaze at the decorations. Richmond native Andrew Riddle and his mother came together to see the celebration. Riddle said that he had visited the Capitol before, but had never attended an official event until that evening.

“I enjoyed having them there,” Riddle said about the Maggie Walker string orchestra. “I actually use to play in the band, so it was good to hear them.”

On Monday, the Virginia Department of Forestry picked out Virginia's Capitol Christmas Tree from a tree farm in New Hope.

Over the past several weeks, the department had been hard at work to find the perfect type and size of tree that will be on display outside the state capitol building in Richmond.

The department said each year, they look for a tree around different spots of Virginia, and this time, they were in contact with Cindy Crickenberger, whose family owns several tree farms around the Shenandoah Valley.

"The Forestry Department, Patty, they reached out to us and she said she wanted to see some trees," Crickenberger said. "So we took her to Weyers Cave and New Hope and they found this tree."

Crickenberger said her dad, William "Bill" Braunworth, planted the 20-foot Colorado Blue Spruce that was picked out back in the early 80's

She said she and her mother, Helen Braunworth, wanted to dedicate the donation of the tree for Bill, who has passed away since then.

Crickenberger said her father took care of several farms throughout his life and was an award winning tree farmer in several states.

She said if her dad knew the tree he planted many years ago was going to be "Virginia's Christmas Tree" one day, he would be proud.

"He's passed away now, but he loved his trees and he loved to be out in the woods, he'd be very happy," Crickenberger said.

Just like a tree you take home, foresters this week will pack and prepare the tree for its trip to Richmond next week.

The tree will then be decorated and revealed on Thursday, Dec. 5 at 5 p.m.