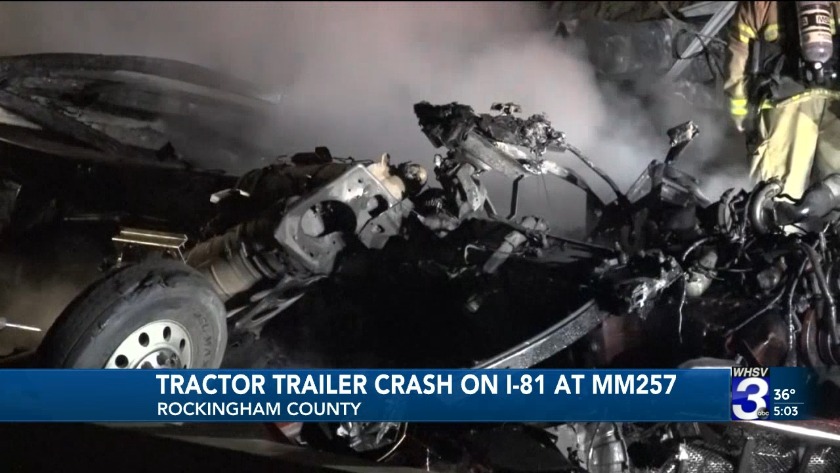 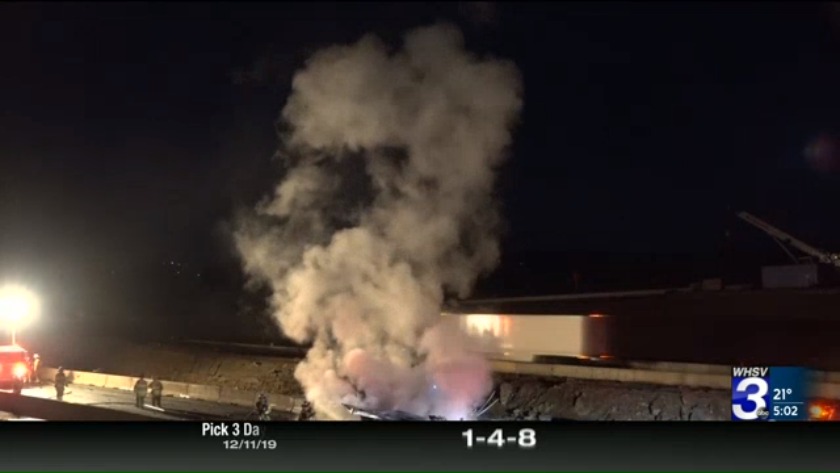 A tractor trailer driver has been charged with reckless driving after a crash and fire that shut down the northbound side of Interstate 81 for hours Thursday morning.

According to Virginia State Police, at 12:19 a.m. on Dec. 12, a 2015 Peterbilt tractor trailer driven by 55-year-old Danny W. Pendergrass, of Blountville, Tennessee, was heading north on I-81.

Near mile marker 259, police say Pendergrass ran off the left side of the roadway, hit a guardrail, overturned on a jersey wall, and then the truck, which was hauling copper, caught fire.

People passing by the area called police, reporting they had seen an explosion.

Police say Pendergrass, who was wearing a seat belt, was uninjured.

As crews worked to extinguish the fire and clean up the scene, the northbound side of I-81 was closed for several hours.

In the meantime, traffic along the interstate was re-routed to Rt. 11 at Exit 257 near Broadway.

Pendergrass was charged with reckless driving.

Both northbound lanes of I-81 near Broadway are open after a tractor crash that happened early Thursday morning.

The crash happened at mile marker 257 around 12:12 a.m., closing all lanes for more than six hours.

Authorities remained on the scene until 6:45 a.m., cleaning up a fuel spill, clearing wreckage and repairing minor damage to the pavement.

The condition of the driver has been not been released.

Stay with WHSV as we continue to follow this story.

The Virginia Department of Transportation originally reported the situation as a vehicle on fire. As of 12:26 a.m. Thursday morning, VDOT has now called it a tractor trailer accident.

Parts of the tractor trailer were in the median.

No word on any injuries related to the incident.

Stay with WHSV as we work to get more information.