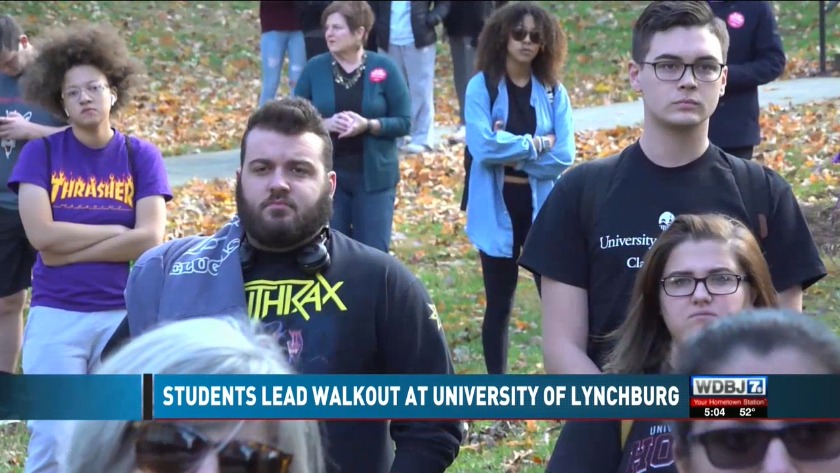 Student Walkout at University of Lynchburg 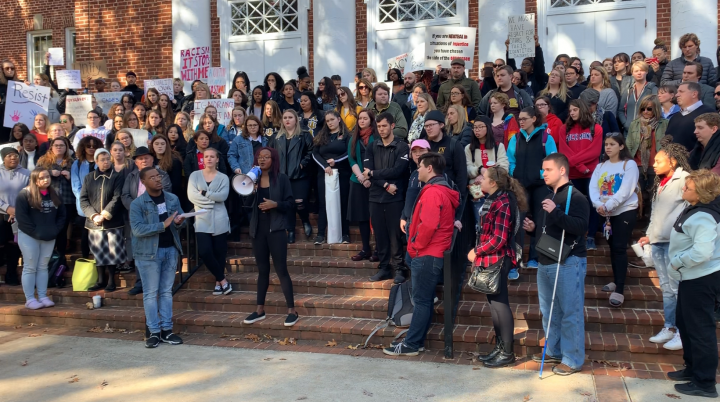 LYNCHBURG, Va. (WDBJ7) — More than one hundred students and faculty members converged on the University of Lynchburg's lawn Wednesday. A student-led demonstration was filled with emotion, chants and stories of discrimination on campus.

University of Lynchburg students organized a walkout in direct reaction to a fiesta-themed party held at a campus house Friday night. They gave the university's administration a list of changes they would like to see on campus. WDBJ7 Photo.

"It was a demonstration of, I think, how hurt some of the minority community is here at the university," said Aaron Smith, Dean of Students.

The university launched an investigation into the party. Smith said the images portray cultural appropriation and do not align with the university's values.

Following Geddis, about a dozen students spoke to a large crowd during the protest. Some students were from the Latinx community and shared why the pictures from the party are hurtful to them. Others shined light on more equity issues on campus.

"We demand justice and inaction is unjust," one student yelled.

Dean Smith said the campus always strives to listen to the students and implement changes.

"It might not be as much inaction as it is ineffectiveness of some of the things we put in to place because, right, we still have incidents like this we still have the stories that the students are sharing," said Smith. "That is the real issue, that this stuff keeps happening."

The students gave the administration at the university a list of changes they would like to see go into effect. The list includes mandatory diversity training for all students, hiring more faculty of color and taking disciplinary actions for the students involved in the party.

Smith said the investigation is ongoing and he could not comment on any disciplinary actions, but he did tell WDBJ7 that the students in the pictures met with the students who organized the protest. Smith said it was a productive conversation.