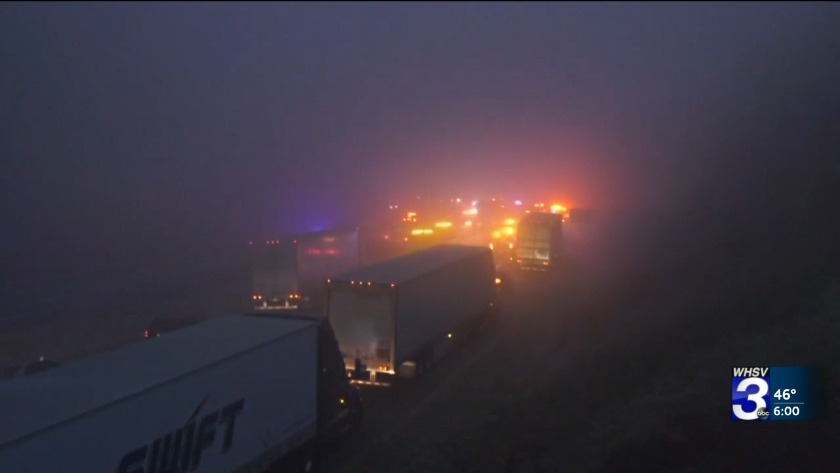 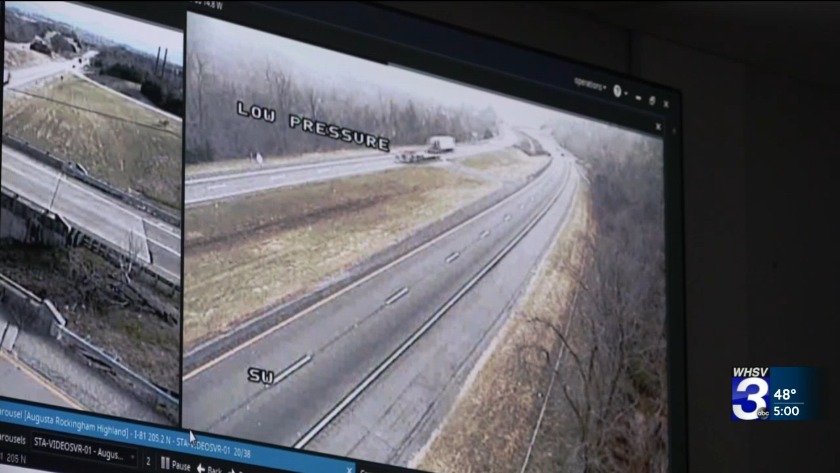 Camera's in the VDOT traffic operations center monitor all along the valley, including on Afton Mountain. | Credit: WHSV

But different weather on Afton Mountain than in surrounding areas is something VDOT has invested over years to prepare for.

"We sometimes refer to it as a microclimate because it's a lot different up there," Ken Slack, VDOT communications specialist, said.

VDOT said they have a variety of technology on and near Afton Mountain to help drivers deal with the different weather.

"Well, there aren't too many other places that you drive in our district where, you know, visibility can change in a matter of seconds, or as you're going up a steep grade, the temperature can drop," Slack said.

They have 19 traffic cameras, over a dozen message boards, fog lights and sensors to monitor road temperature.

In contrast, while there are 19 cameras in that stretch of I-64, there are about 19 cameras on the stretch from Lexington to Harrisonburg along I-81.

"That information can also be pulled right up here on a whole bank of cameras at our traffic operations center and so they in turn can put messages for miles around as folks are approaching Afton Mountain," Slack said.

VDOT said the goal is to give drivers as much information about road conditions on the mountain as possible.

"The total intent of all of this is to really give drivers as many tools as possible to help make decisions before they get in the vehicle, or possibly for passengers to monitor and relay to drivers,' Slack said.

However, crashes still invariably happen and state police say they respond to a number of them every year on the mountain.

"The other crashes typically are weather-related, usually when it's foggy or when it's icy," First Sgt. Frank Pyanoe said.

State Police said it's important for drivers to stay aware and listen to the message boards around the mountain.

"If a notice is explaining that there's fog ahead, they need to take precautions and reduce their speed accordingly," Pyanoe said.