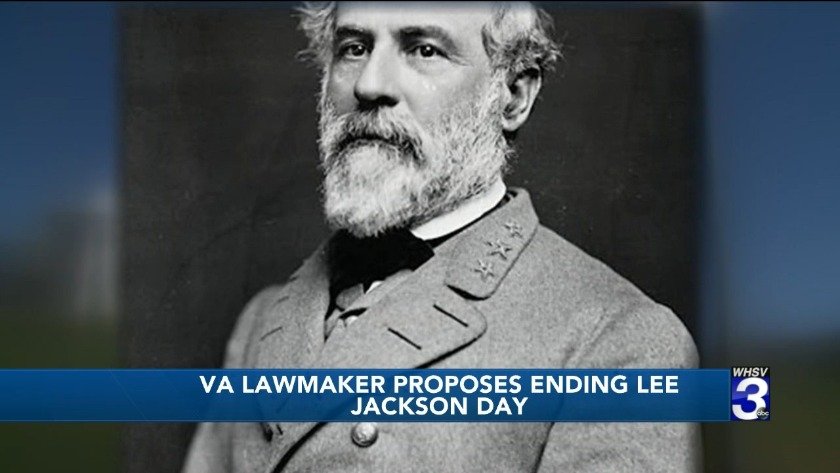 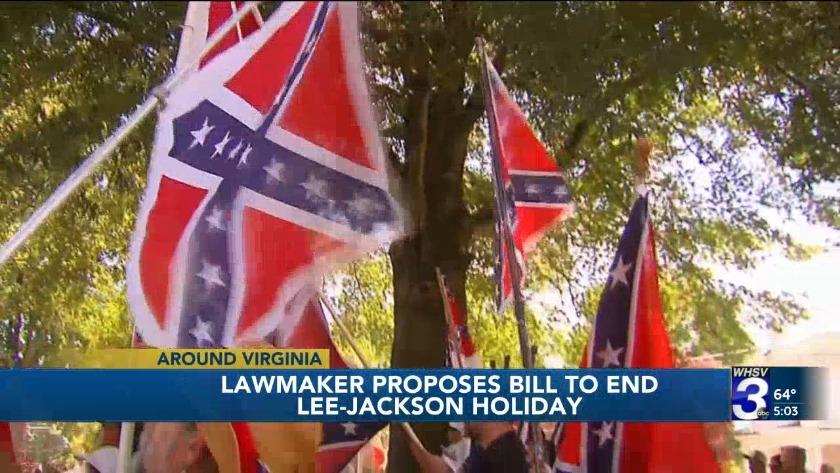 Should Election Day replace Lee-Jackson Day as a holiday?

On Thursday, the House of Delegates voted 55-42 to pass HB 108, which designates Election Day as a state holiday and removes Lee-Jackson Day.

That comes after the Senate voted last month to pass a nearly identical bill.

While each chamber has passed a version of the same bill, the bills will next have to flip chambers (the Senate bill to the House of Delegates and vice-versa) and then be signed into law by Governor Ralph Northam, who has already include the measure in his agenda for 2020, before it officially becomes law.

Lee-Jackson Day, established over 100 years ago, is observed annually on the Friday preceding the third Monday in January, which, in effect, makes it the Friday before Martin Luther King Jr. Day. In the not-so-distant past, before the holiday was moved, it shared the same day as Martin Luther King Jr. Day. It honors Confederate generals Robert E. Lee and Thomas “Stonewall” Jackson, both native Virginians.

The holiday was initially created to celebrate Lee's birthday, which was on January 19.

In the Virginia code, both men are noted as “defenders of causes.”

State offices in Virginia are closed for both holidays. Celebrations include a wreath-laying ceremony, a Civil War themed parade, a gala ball, and in some places, Confederate flags placed on the graves of dead soldiers.

However, Virginia cities such as Richmond, Fredericksburg, Blacksburg, Newport News, Hampton, Winchester, Fairfax and Charlottesville have decided in recent years to not officially observe the holiday.

A similar bill to designate Election Day as a state holiday and remove Lee-Jackson Day from Virginia's state holidays was killed in a Senate committee this past year. However, at that point, Republicans controlled the Virginia Senate. After Democrats' wins in November, which gained them control of both chambers of the statehouse, the bill gained a much-increased chance of passage.

Governor Northam's administration said that they supported the bill then as well, because they argue making Election Day a state holiday would allow more people the chance to vote.

“There have been cases where voters had to leave polls before casting their votes, simply because they had to return to work,” Sen. Louise Lucas said. “Making Election Day a state holiday would make it easier for Virginians to vote.”

“Voting is a fundamental right,” said Governor Northam in a statement this year. “But in a state that once put up tremendous barriers to voting, too many people are still unable to participate meaningfully in our democracy. By making it easier—not harder—to vote, these proposals will ensure we are building a government that is truly representative of the people we serve. I look forward to working with the General Assembly to pass these important measures into law.”

It's among a handful of legislative proposals Northam included in a set of endorsements he says would help increase access to voting.

Sen. Richard Black voiced concerns about the 2019 bill removing Lee-Jackson Day, saying, “I have unease about the movement to erasing history. Maybe next time, it’ll be Martin Luther King. I would be opposed to erasing something in his honor.”

In 2016, Donald McEachin — then a state senator and now a member of Congress — also introduced a bill to designate Election Day as a holiday instead of Lee-Jackson Day. The Senate General Laws and Technology Committee defeated McEachin’s bill on a 7-8 vote, with seven Democrats in favor of the bill and eight Republicans opposed to it.

Six of those Republican senators, with the addition of Sen. Siobhan Dunnavant, R-Henrico, voted against the 2019 Senate bill, while five of the same Democratic senators — once again — voted for it.

“As expected,” Lucas said last year, as her bill was defeated. “But I’ll see you again next year.”

The Associated Press contributed to this article.

Voting is a fundamental right. That's why I'm proposing legislation to expand early voting and make Election Day a holiday. Let's get this done in 2020.��️https://t.co/plLqbkKZgb pic.twitter.com/mtNdqquhLx