Gov. Northam authorizes use of medical cannabis oil throughout Virginia

Marijuana Use in Opioid Crisis 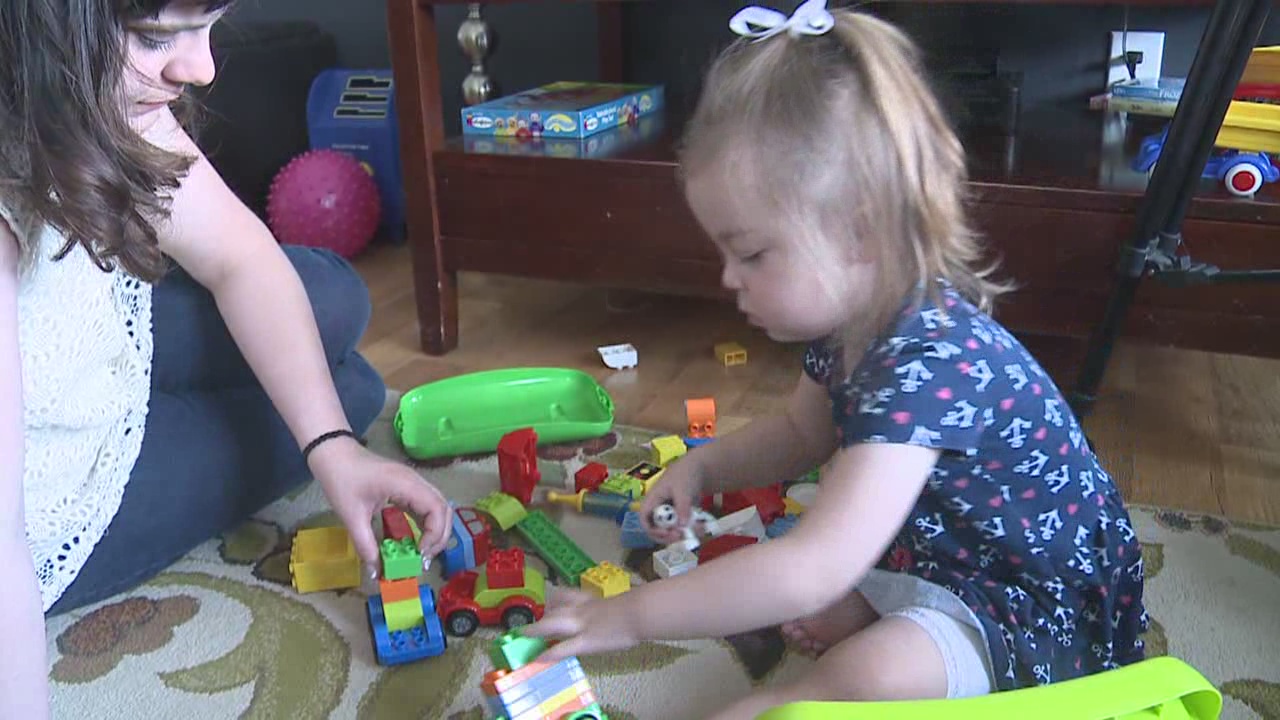 WHSV file image of medical marijuana for an epilepsy patient

Governor Ralph Northam has signed House Bill 1251 into law, giving Virginia doctors the authority to recommend cannabidiol oil as a treatment for any diagnosed condition or disease.

The bill, known as #LetDoctorsDecide, was proposed by local delegate Ben Cline, and expands on current Virginia law, which only allows the oil – widely referred to as medical marijuana – as a treatment for intractable epilepsy.

The House of Delegates unanimously voted last month to allow the bill to take effect immediately upon a signature by the governor, whereas most bills do not take effect until July.

That means, effective immediately, patients throughout Virginia can be recommended CBD or THC-A oil to help manage their pain through a non-opiate method, which some experts have said could help lessen the impacts of the opioid crisis in Virginia.

It's worth nothing that cannabis oil is still classified as a controlled substance by the federal government, however, making it technically illegal on a national level. The oils, to meet the definitions set in this legislation, must contain at least 15% CBD or THC-A, but can't contain more than 5% THC, the main psychoactive ingredient in marijuana.

You can learn more about the new law, and response through the Shenandoah Valley, below.

One of two identical bills to give Virginia doctors the ability to recommend cannabidiol oil, HB 1251, has unanimously passed both the House of Delegates and the Virginia Senate.

The text of the amended bill is not yet available on the General Assembly's legislation website, so it is unclear what that amendment was.

Since the bill was amended, it will return to the House for delegates to approve the new version, and then head to Gov. Ralph Northam's desk.

Northam not only plans to sign the bill, but enacted an emergency clause last week that would make the bill effective as soon as he signs it.

The bill, known as #LetDoctorsDecide, was proposed by local delegate Ben Cline. It allows any practicing doctor in Virginia to recommend the use of medical cannabis oils to treat any diagnosed condition or disease.

Right now, the oil can only be recommended in Virginia for the treatment of intractable epilepsy.

“CBD/THC-A oil has been proven to effectively and safely help patients address symptoms of intractable epilepsy and manage pain,” Cline said. “By expanding the ability to recommend CBD/THC-A oil, we are giving doctors the freedom to make a recommendation based on the most up to date research and data, just as they do for any other medication they prescribe."

The legislation has been nicknamed 'Let Doctors Decide,' and many patients in our area have told WHSV they would be willing to try an option other than the opioids they're prescribed for pain treatment right now.

With the opioid crisis worsening across the United States, medical cannabis oil could even potentially be used to wean people off of opioid addictions, local doctors say.

"I think most of the medication assisted treatment centers, and even some of the abstinence based treatment centers, all across America are sort of celebrating that this could happen and actually save lives and help some people," said Karen Simonsen, head nurse at the Staunton Treatment Center.

After a bill passed during last year's General Assembly session, Virginia has five in-state producers of medical cannabis oil: one for each Health Service Area. Known as "pharmaceutical processors" in the Code of Virginia, people in need of the oil will be able to register with the program and fill their recommendation at those locations.

It's worth nothing that cannabis oil is still classified as a controlled substance by the federal government, however, making it technically illegal on a national level. The oils, to meet the definitions set in this legislation, must contain at least 15% CBD or THC-A, but can't contain more than 5% THC, the main psychoactive ingredient in marijuana.

Note: Some previous WHSV articles used the term "prescribe" to describe what doctors would be allowed to do with medical cannabis oil under this bill. That is legally inaccurate, as the term "prescribe" is reserved for FDA-regulated products, and CBD or THC-A oil are not regulated by the FDA.

Two identical bills to let Virginia doctors recommend cannabidiol oil or THC-A oil for any diagnosed condition, HB 1251 and SB 726, have been passed unanimously by the House of Delegates and the Senate, respectively.

The House bill was proposed by Shenandoah Valley delegate Ben Cline and the Senate bill by Sen. Siobhan Dunnavant, a former doctor who advocates for the benefits of medical marijuana.

While each passed unanimously, due to the way Virginia's legislature is set up, each bill will have to "crossover" to the opposite side of the legislature for a vote before the bills can head to Gov. Ralph Northam's desk. That won't come until at least February 13, which is Crossover Day in the General Assembly.

Right now, doctors in Virginia can only recommend the treatment, which was long banned because the chemical is derived from marijuana, for intractable epilepsy.

“CBD/THC-A oil has been proven to effectively and safely help patients address symptoms of intractable epilepsy and manage pain,” said Cline. “By expanding the ability to recommend CBD/THC-A oil, we are giving doctors the freedom to make a recommendation based on the most up to date research and data, just as they do for any other medication they prescribe."

A very similar bill proposed in the Senate, SB 726, will be up for a vote on Monday. That legislation was proposed by Dunnavant, who has worked with Beth Collins, a mother who helped spearhead the fight for medical marijuana in our area.

Virginians suffering with conditions ranging from PTSD to Crohn's to cancer and more have lobbied to be able to use CBD or THC-A oil.

"All Virginians deserve access to safe, regulated medical cannabis,” said Jenn Michelle Pedini, executive director of Virginia NORML. “These bills will ensure that Virginians have the ability to stay here at home with their families, with their support networks and not be forced to move to another state in the middle of a healthcare crisis to seek medical cannabis therapies.”

Pedini also argues that medical marijuana can help Virginia's ongoing battle with the opioid epidemic, as opioid overdoses continue to rise in the commonwealth.

“Medical cannabis laws have demonstrated significant impact on the opiate crisis,” said Pedini. “States with such laws see on average a 25% reduction in opioid fatalities. We are losing three Virginians every day to opioid overdose. It’s time to give doctors in the Commonwealth the ability to utilize this powerful tool in mitigating addiction and overdose.”

If the bill passed the Senate as well, Gov. Ralph Northam has already expressed a willingness to pass bills that reform Virginia's marijuana laws.

A bill proposed by a local delegate to let doctors prescribe a marijuana derivative for treatment of more medical conditions is receiving full support in the General Assembly so far.

Valley delegate Ben Cline brought bill HB 1251 to the House of Delegates in Richmond, which would allow doctors to prescribe non-hallucinogenic THC-A and cannabidiol (CBD) oil for any diagnosed condition or disease the doctor believes it could help.

It was approved by Subcommittee #1 and by the Committee for Courts of Justice unanimously.

Cannabidiol oil is derived from a chemical in the marijuana plant that does not cause a high but can be used as a treatment for the symptoms of a variety of diseases. West Virginia passed a bill in 2017 letting doctors prescribe cannabis for a wide variety of conditions, including seizures, cancer, chronic pain, post-traumatic stress disorder, and AIDS, but Virginia's legislation has been more restrictive, just allowing the oil to be produced in the Commonwealth last year.

This bill means doctors would look at patients' symptoms, and be able to decide if they are candidates for cannabidiol oil, no matter what their condition may be. Right now, only patients with intractable epilepsy are allowed to be prescribed cannabis oil to treat their condition.

Parents and family members of children with epilepsy who benefit from this oil lobbied in Richmond on Monday to express the need for the bill.

Beth Collins, who is a Senior Director of Government Relations and External Affairs at Americans for Safe Access, said cannabis oil was the last option for her daughter, who suffers from epilepsy. She wants this bill to help other patients who are struggling with symptoms to get the help they need as well. The new bill lets doctors make that decision, instead of lawmakers.

"We just don't think that's a good approach for anybody, or fair, so we wanted to let doctors decide and Senator Dunnavant agreed to submit the bill," said Collins.

Sen. Siobhan Dunnavant is the sponsor of the Senate version of the same bill proposed by Cline. It has passed two subcommittees within the Senate and faces another committee vote before heading to the floor.

Collins said she's overwhelmed with the support the bill is receiving, and is hopeful it will pass in the Senate. It will go to a full vote on Monday.

Collins has been one of the strongest supporters of CBD throughout the fight for medical marijuana in Virginia. You can learn more about her family's struggle here.