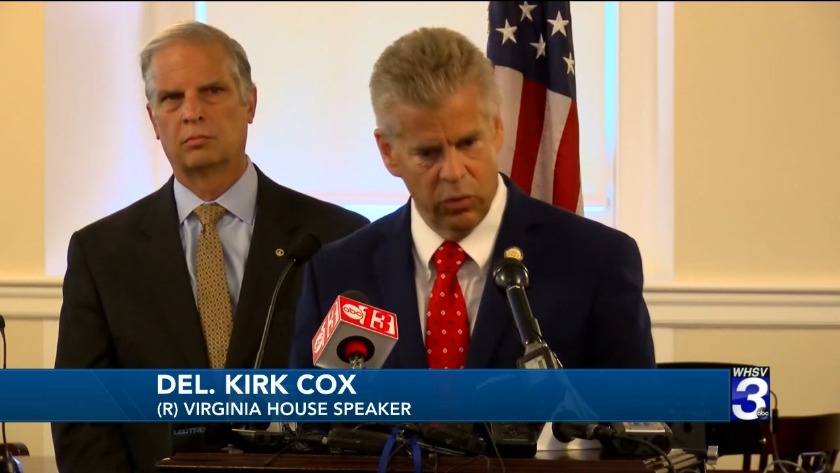 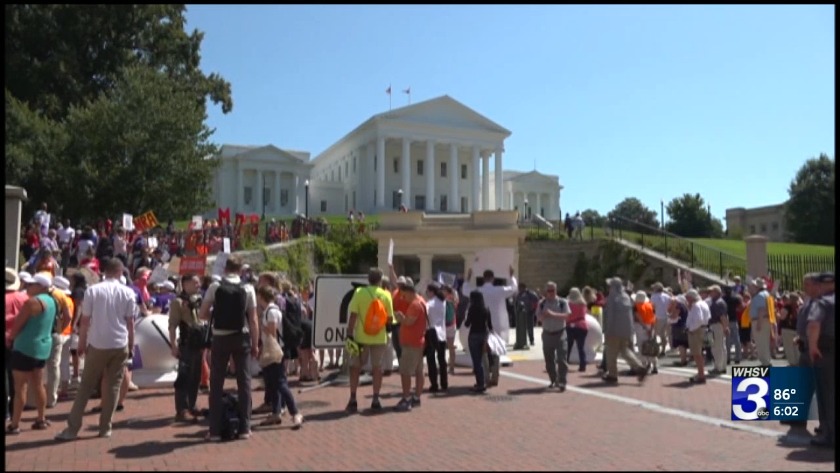 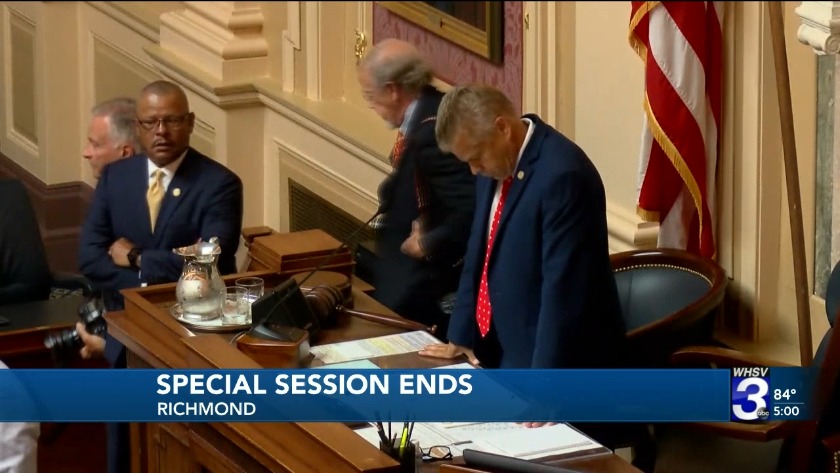 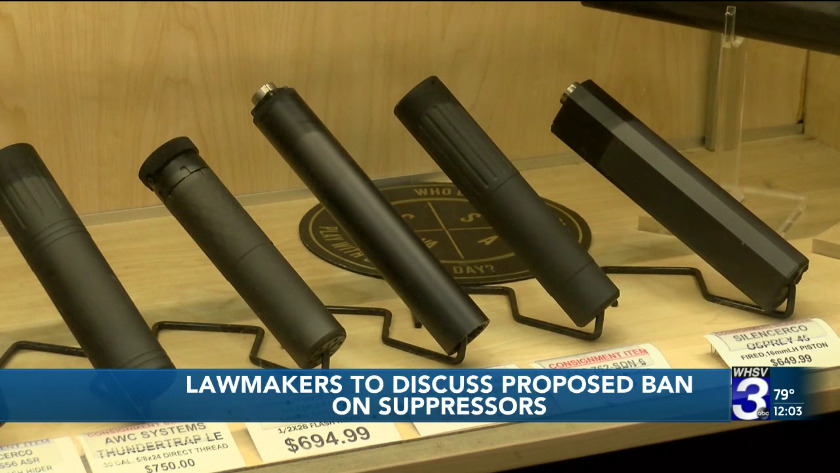 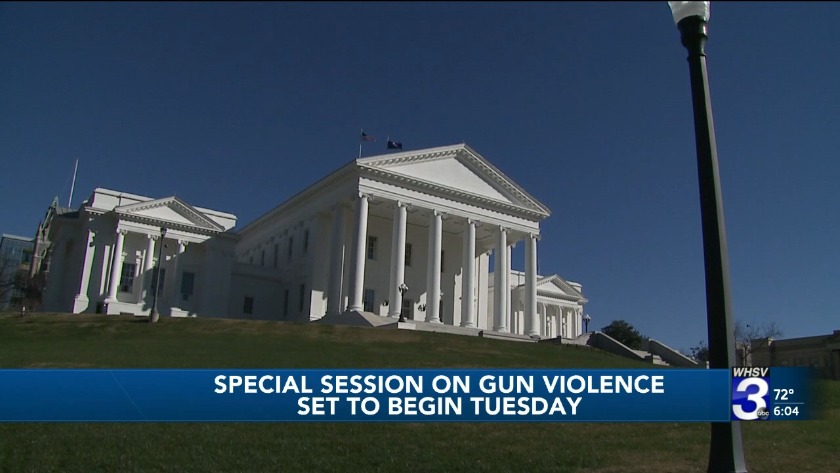 Less than two hours after beginning a special session called in response to a mass shooting, Virginia lawmakers abruptly adjourned Tuesday and postponed any movement on gun laws until after the November election.

Shortly afterward, the House, which has 1-vote Republican majority, voted 50-46 to do the same.

Democratic Gov. Ralph Northam summoned the Republican-led Legislature to the Capitol to address gun violence in the wake of the May 31 attack that killed a dozen people in Virginia Beach. He put forward a package of eight gun-control measures and called for "votes and laws, not thoughts and prayers" in reaction to the massacre.

But not a single vote was cast on the legislation. Republican leaders said the session was premature and politically motivated. They assigned the state's bipartisan crime commission to study the Virginia Beach shooting and the governor's proposed legislation.

In reply, angry Democrats said Republicans were beholden to the gun lobby and afraid of passing commonsense laws they know will save lives.

It was a familiar outcome in a stalled debate that plays out yearly in Virginia on an issue that has divided the nation for more than two decades.

"This is just a complete, disgraceful act of cowardice by the Republicans ... And I think it's going to backfire on them," he said.

Republicans said it was Northam, still dealing with the fallout of a blackface scandal that almost drove him from office, who acted improperly. Instead of pushing for votes on legislation that would not have prevented the Virginia Beach shooting, they said, the governor should have called for a blue-ribbon commission to study gun and mental health issues. That is similar to what U.S. Sen. Tim Kaine did as governor following a 2007 mass shooting at Virginia Tech that left 32 people dead and more than a dozen wounded.

"Quite frankly, we need to take a little bit deeper look at these issues and actually do something rather than stage manage a vote in which we're just trying to embarrass each other," said state Sen. Mark Obenshain.

After the 2007 Virginia Tech massacre, the state passed a law prohibiting people deemed seriously mentally ill from buying a gun. But a push at the time for universal background checks failed.

Virginia is generally considered a gun-friendly state and is home to the NRA headquarters. The GOP-led General Assembly has spiked numerous gun-control bills — including several Northam proposed for the special session — year after year.

Richard Keene, a 51-year-old gun owner from Chesterfield, said the session turned out to be "a lot of hype for nothing."

"I'm a little disappointed in everyone, actually," he said. "I don't feel like the common, normal person, the normal American, is represented anymore. It's frustrating."

The special session got off to a chaotic start, with the Republican Senate majority leader averting a mutiny in the GOP caucus by publicly disavowing a gun-control bill he proposed only a day earlier.

On Monday, the leader, Tommy Norment, shocked fellow Republicans by filing surprise legislation to broadly ban guns in any government building statewide. That prompted an immediate backlash in the GOP caucus, which controls the chamber by a slim 20-19 advantage. His top vote-counter, Sen. Bill Stanley, resigned as majority whip in protest.

But the departure did not last long. Stanley said Norment apologized and asked Stanley to reconsider his resignation. The caucus quickly restored him to his position, and Norment announced that he would throw out his own bill.

Outside the Capitol, Northam led a group of gun-control supporters chanting "Enough is enough!" It has become a refrain against gun violence at rallies nationwide after repeated mass shootings.

After the adjournment, Northam issued a statement saying it was "shameful and disappointing" that Republicans "refuse to do their jobs and take immediate action to save lives."

The Virginia Beach attack began when a civil engineer opened fire in a municipal building. The assailant was killed in a gunfight with police.

In calling for gun-control legislation, Northam also cited the fatal shooting of 9-year-old Markiya Dickson in a Richmond park during a May 26 cookout.

Gun-rights advocates also rallied outside the Capitol and filed through an office building to meet with lawmakers. Some made their way through the Capitol with handguns openly visible in holsters, which is permitted.

Jim Snyder, a 69-year-old gun owner from northern Virginia, said the Virginia Beach shooting had not moved the needle on gun issues for him one bit.

"A lot of people say, 'Well, we've got to find common ground,' which means, 'We've got to find gun control that you'll accept,'" said Snyder, who is vice president of the gun-rights group Virginia Citizens Defense League. But he said he was speaking only for himself.

Keene, who was standing outside the Capitol after most of the crowds had dissipated, said he was disappointed with the partisanship surrounding the issue.

"I believe there is some common ground for the common good that all of us could work toward," he said.

Lawmakers will meet again on November 18.

Virginia's special session on gun violence got off to a chaotic start on Tuesday, with the Senate Majority Leader averting a mutiny in the Republican caucus by publicly disavowing a gun-control bill he'd proposed only the day before.

Lawmakers were summoned to the Capitol to consider a package of eight gun-control measures proposed by Democratic Gov. Ralph Northam, who has called for "votes and laws, not thoughts and prayers" in response to the killings of a dozen people by a city worker in Virginia Beach.

Senate Majority Leader Tommy Norment then shocked his fellow Republicans by filing surprise legislation Monday to broadly ban guns in any government building statewide. It prompted ann immediate backlash in the GOP caucus, which controls the chamber by a slim 20-19 advantage. His top vote-counter, Sen. Bill Stanley resigned as majority whip in protest.

"Sometimes you just gotta stand for principle, so I resigned," Stanley said.

But the departure didn't last long: Stanley said Norment apologized during a Senate caucus meeting shortly before the session started, asked Stanley to reconsider his resignation. Stanley said he was the sole vote against himself when the caucus restored him as majority whip.

Norment — who is married to a lobbyist for the city of Virginia Beach — then announced he's spiking his own bill, and won't support "any measure that restricts the constitutional rights of law-abiding citizens."

If Republicans remain unified, Northam's package of bills stands little chance of passage. The GOP holds a wider majority in the House, where Republicans have accused the governor of trying to exploit the tragedy for political gain. Rather than approve gun controls, they signaled a focus on increasing penalties for wrongdoers after gun crimes have been committed.

Outside the Capitol on Tuesday morning, Northam led a group of gun-control supporters in chants of "Enough is Enough!"

Gun-control supporters began their demonstration on Capitol Square by reading out the names of the state's recent gun violence victims, including those in Virginia Beach. Northam then led them in the "Enough is Enough!" chant that has become a refrain against gun violence at rallies nationwide in the wake of repeated mass shootings. Others carried signs decrying the killings of children, and shouted "You vote today, we vote in November."

A smaller group of gun rights advocates rallied across the Capitol lawn. They said many others were inside meeting with lawmakers and that a larger rally was planned Tuesday afternoon.

Some gun-rights advocates were walking around inside the Capitol with handguns in holsters openly visible, which is permitted. Visitors to the House gallery can keep their guns, and while they're not permitted on the Senate side, some lawmakers bring guns with them onto the floor.

Jim Snyder, a 69-year-old gun owner from northern Virginia, said the Virginia Beach shooting hadn't moved the needle on gun issues for him one bit.

"I haven't done anything wrong and they want to take guns away from me," Snyder, vice president of the Virginia Citizens Defense League.

Snyder speculated that Northam called the special session to divert attention from the scandal he faced over a racist yearbook photo, or perhaps to motivate Democrats hoping to retake control of the legislature in November. Some people carried poster-sized signs of the photo that appeared on Northam's yearbook page decades ago, showing one person wearing blackface and another the robe and cap of the Ku Klux Klan.

RICHMOND—Governor Ralph Northam today issued the following statement after the House of Delegates and the Senate of Virginia adjourned until November 18 without taking any votes on proposed gun safety legislation.

“I called legislators back to Richmond for this special session so we could take immediate action to address the gun violence emergency that takes more than a thousand Virginians’ lives each year. I expected lawmakers to take this seriously. I expected them to do what their constituents elected them to do—discuss issues and take votes.

“An average of three Virginians die each day due to gun violence. That means hundreds of Virginians may die between today and November 18, the next day the legislature plans to work.

“It is shameful and disappointing that Republicans in the General Assembly refuse to do their jobs, and take immediate action to save lives. I expected better of them. Virginians expect better of them.”