Virginia Senate votes to establish fuel tax for I-81 improvements

Raising Money for I-81 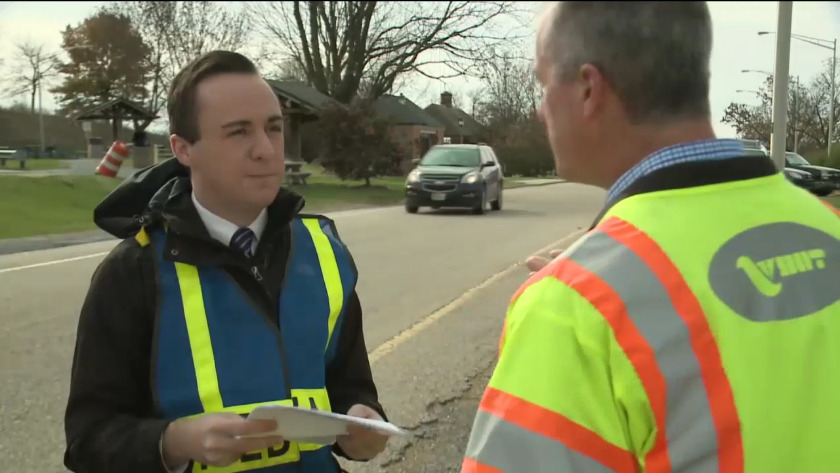 The Virginia Senate voted 24-16 to pass a bill establishing a fuel tax on distributors in the western part of Virginia.

It's estimated that the system would generate an extra $20 million for construction projects.

Local drivers who WHSV surveyed had mixed opinions on the idea, however.

"There is significant interest in pursuing various options for major improvements to I-81. The Senators and Delegates that represent western Virginia all along the I-81 corridor are attempting to address concerns related to issues related to safety, frequent delays and overall lack of capacity to carry the current volume of truck and passenger car traffic all along the corridor.

While we are not in total agreement about any particular initiative such as SB 583, we are all in agreement that we must address the situation and that significant funding will be necessary, both state and federal.

We have witnessed significant success in Northern Virginia and Hampton Roads with the creation of a regional commission to raise funds specifically for projects in that region. SB 583 proposes to use that same concept to provide funding for transportation projects in western Virginia.

Other initiatives include a study of the possibility of tolling truck traffic on I-81. While a definitive plan has not been agreed on, we are having a serious conversation about what needs to be done and how to pay for it. Numerous advocacy groups are pushing for solutions."

The bill will now move to the House of Delegates, which it will need to pass before it can be sent to Gov. Ralph Northam's desk for a signature.

A Virginia Senate panel has endorsed extending sales taxes to ride services like Uber and Lyft and also voted to impose a motor fuels tax west of the Blue Ridge Mountains.

The tax on ride services is part of legislation proposed by Sens. Dick Saslaw and George Barker to raise more than $21 million a year for mass transit systems across Virginia and raise $154 million a year for the Washington-area Metro system.

The bill, SB 583, establishes special fund in the Virginia Treasury known as the "Western Virginia Transportation Fund," and also levies a 2.1% sales tax on any fuel sold by a distributor to a retail dealer in the western part of Virginia (defined in the bill as Planning Districts 1, 2, 3, 4, 5, 6, and 7).

The tax would be paid by the distributor, but then added to the sales price for the retailer.

The proceeds from that tax would go in to the newly established transportation fund with the express purpose of paying for priority transportation projects throughout the western part of the state, with a special focus on the I-81 Corridor.

While this tax would apply to Virginians along the I-81 Corridor and in surrounding areas, the interstate carries nearly half of all of Virginia's truck traffic. That traffic volume is what VDOT says is largely to blame for increases crashes and delays in recent years.