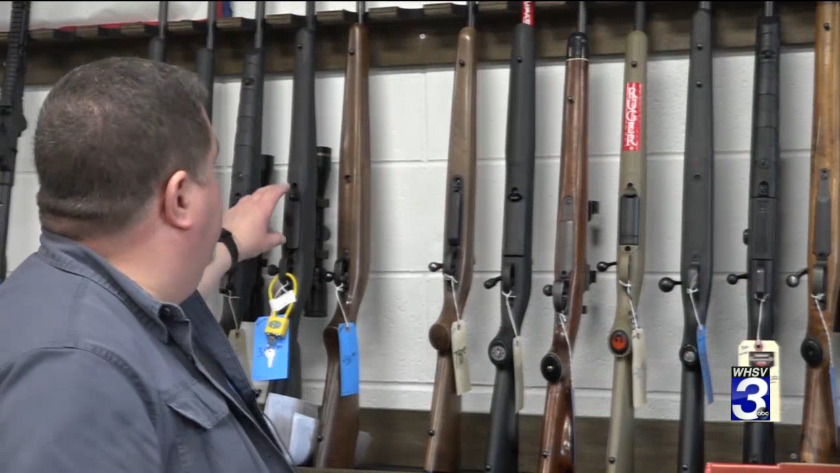 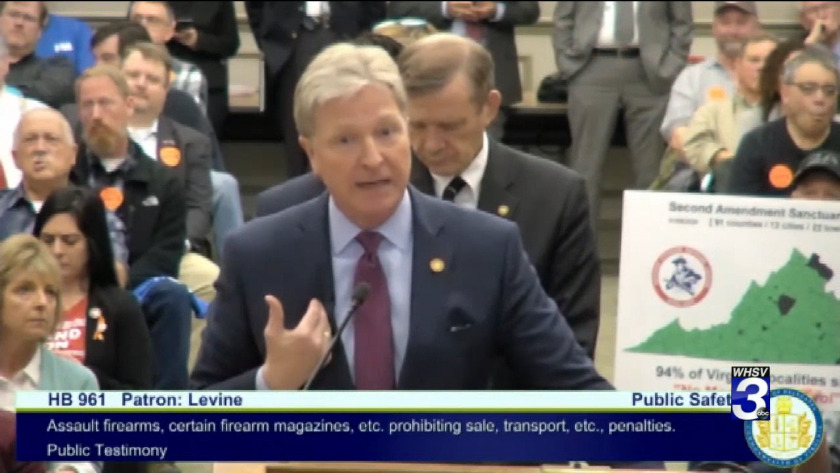 Virginia Gov. Ralph Northam's push to ban the sale of assault weapons has failed after members of his own party balked at the proposal.

Senators voted to shelve the bill for the year and ask the state crime commission to study the issue, an outcome that drew cheers from a committee room packed with gun advocates.

Four moderate Democrats joined Republicans in Monday's committee vote, rejecting legislation that would have prohibited the sale of certain semiautomatic firearms, including popular AR-15 style rifles, and banned the possession of magazines that hold more than 12 rounds.

The bill was a top priority for Northam, a Democrat who has campaigned heavily for a broad package of gun-control measures.

The legislation also engendered the biggest pushback from gun owners and gun-right advocates, who accused the governor and others of wanting to confiscate commonly owned guns and accessories from law-abiding gun owners. Northam has said repeatedly he does not want to confiscate guns, but argued that banning new sales of assault weapons and high-capacity magazines would help prevent mass murders.

Virginia is the current epicenter of the country's heated debate over gun control and mass shootings. Tens of thousands of gun-rights activists from across the country flooded the state Capitol and surrounding area in protest, some donning tactical gear and carrying military-style rifles.

Northam has been able to get much of his gun-control agenda passed this year, but struggled with the proposed assault weapon ban. Earlier proposals to ban possession of AR-15-style rifles or to require owners to register them with state police have been scrapped. The governor had hoped a watered-down version would win over enough Democratic moderates for passage.

Lawmakers in both the House and Senate have already advanced several other gun-control measures and should finalize passage in the coming days. Those bills include limiting handgun purchases to once a month, universal background checks on gun purchases, allowing localities to ban guns in public buildings, parks and other areas, and a red flag bill that would allow authorities to temporarily take guns away from anyone deemed to be dangerous to themselves or others.

Virginia's House of Delegates has passed one of the most controversial bills of the 2020 legislative session.

On Tuesday – known as 'Crossover Day' in the General Assembly, the final day for a bill to be passed out of its originating chamber – the House voted 51-48 to pass HB 961, a bill which would would redefine 'assault firearms' in Virginia and ban future sales and possession of the weapons in Virginia.

It specifically bans the possession of magazines that hold more than 12 rounds.

Under the proposed law, any person who already owns a weapon classified as an assault firearm under the new legal definition would be able to retain possession of the weapon, but future sales would be prohibited.

Three Democrat delegates joined their Republican colleagues in voting against the bill.

A similar bill died in committee before ever advancing to the full floor of the Senate, so it's unclear whether HB 961 will have the votes to pass the Senate, which is more narrowly controlled by Democrats than the House of Delegates.

Moderate Democrats in the Senate have already indicated they are unlikely to support the measure.

If it does pass there, Governor Ralph Northam has fully endorsed the measure.

It’s the most ambitious measure proposed by Northam and one that’s met the most pushback, including from members of his own party. Gun owners packed the committee room last Friday and erupted in protest when the measured passed. Capitol Police cleared the committee room of almost every spectator after the vote.

Supporters say the legislation is needed to help prevent mass shootings. Opponents said the legislation would turn law-abiding gun owners into criminals for having commonly available guns and accessories.

Heated debates over guns have dominated this year's legislative session, as Virginia has become ground zero in the nation's raging debate over gun control.

Guns were a key topic of last year’s legislative elections — particularly after a mass shooting in Virginia Beach claimed a dozen lives — and gun-control groups heavily funded Democratic candidates. Democrats won full control of the legislature for the first time in a generation and have promised to pass a slate of gun-control laws.

Gun owners are descending on local government offices to demand they establish sanctuaries for gun rights. More than 100 counties, cities and towns have declared themselves Second Amendment sanctuaries and vowed to oppose any new “unconstitutional restrictions” on guns. And last month, tens of thousands of gun-rights activists from across the country flooded the state Capitol and surrounding area in protest, some donning tactical gear and carrying military rifles.

Northam has been able to get most of his gun-control agenda passed in at least one chamber of the General Assembly this year, but struggled with the proposed assault weapon ban. Earlier proposals to ban possession of AR-15-style rifles or to require owners to register them with state police have been scrapped.

“They are the Barbie doll of the gun world,” said Nicholas McGraw, a gun owner from King William County who came to protest the bill Friday. He said he doubts the measure, if passed, would be effective.

“I have friends that are not going to comply,” he said.

Virginia Secretary of Public Safety and Homeland Security Brian Moran said a ban on selling assault weapons and high-capacity magazines is needed to help prevent mass shootings, or at least limit the damage mass shooters can inflict. He cited the fact that the shooter in the Virginia Tech massacre in 2007 had a handgun with a high-capacity magazine.

“Assault weapons are not protected by the Second Amendment because they are weapons of war,” Moran said.

The measure faces high odds of passage, as several moderate Senate Democrats have already indicated they’re unlikely to support an assault weapons ban this year. The full House is expected to vote on the measure in coming days.