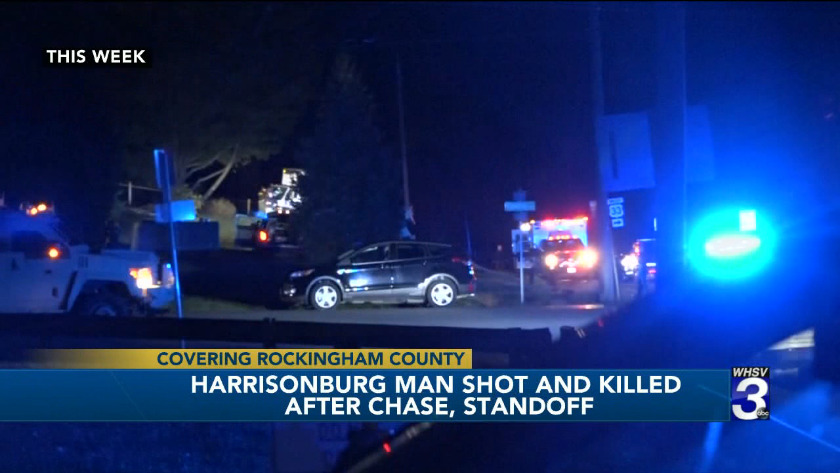 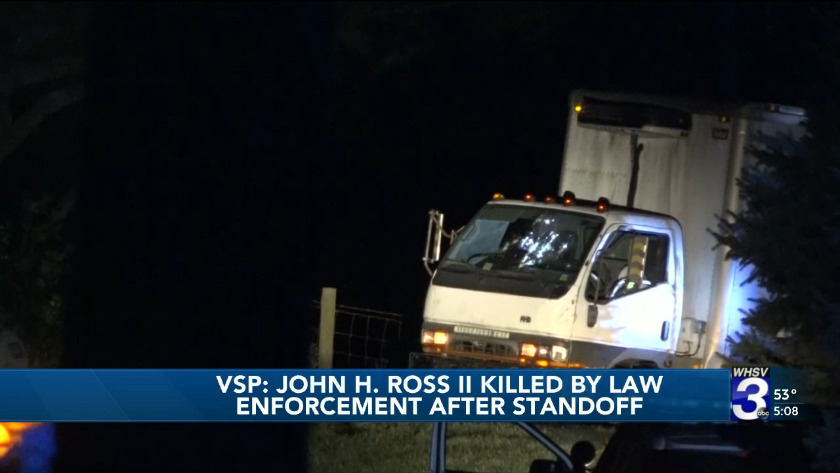 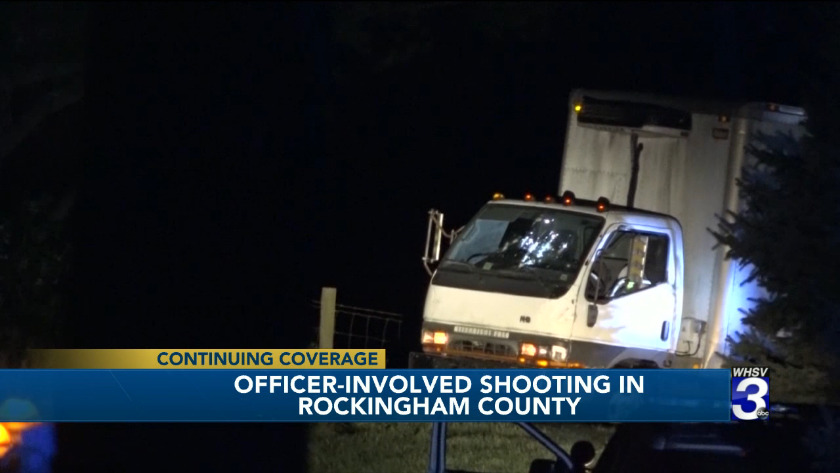 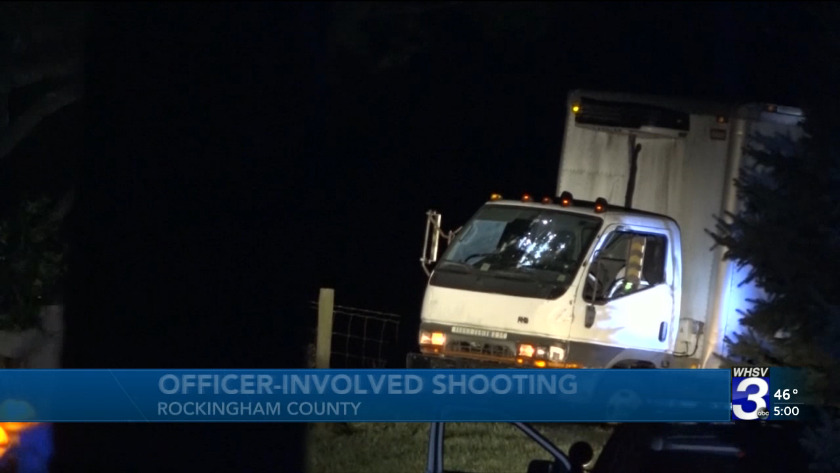 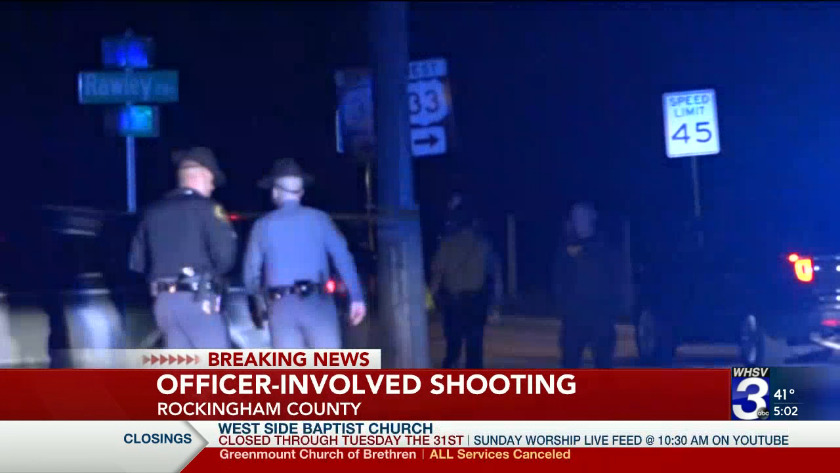 ROCKINGHAM COUNTY, Va. (WHSV) — Police say a Harrisonburg man was shot and killed by multiple law enforcement agencies early Tuesday morning after a chase through Harrisonburg and Rockingham County that ended with an hour-long standoff.

According to the Virginia State Police Bureau of Criminal Investigation's Culpeper Field Office, which is investigating the situation at the request of the Harrisonburg Police Department and the Rockingham County Sheriff's Office, the situation began at 10:22 p.m. Monday night.

At that time, the Harrisonburg-Rockingham Emergency Center received a 911 call about a driver in a box truck who had reportedly brandished a weapon and fired into a parked vehicle in the 3600 block of N. Valley Pike. That's along Rt. 11 between Harrisonburg and Lacey Spring.

In addition, a local family tells WHSV the truck, normally used to haul a farmer's produce to markets in D.C., had been stolen that night, with a car left on the farmer's property.

A "Be On The Lookout" was issued to surrounding law enforcement agencies, and a little before 11 p.m., a Harrisonburg police officer saw the box truck and tried to pull it over, according to investigators.

During the course of the pursuit, police say Ross rammed into a Virginia State Police cruiser near the the Sheetz on Route 11. The trooper inside the vehicle was uninjured. But the truck kept going.

A little later, police say Ross also threw out a firearm in the area of Rawley Pike and Cooks Creek Road, which troopers then recovered.

For the next hour after that, law enforcement tried to negotiate with Ross to get him to surrender and safely leave the vehicle, but to no avail.

A little after midnight, police say he pulled out a rifle, which he aimed at law enforcement at the scene.

At that point, officers, deputies, and troopers fired at Ross killing him.

Police say his body was transported to the Office of the Medical Examiner in Roanoke for examination and autopsy.

A passenger in the truck, identified as 31-year-old Wendi K. Wolters, of Harrisonburg, was arrested just after the shooting for one count of misdemeanor obstruction/resisting arrest without force.

Wolters was taken to Sentara RMH Medical Center for treatment of minor injuries and then booked into Rockingham County Jail, where she is being held without bond.

No law enforcement personnel were injured during the chase or the standoff and shooting.

The incident remains under investigation.

In accordance with Virginia State Police policy, its personnel involved in the shooting have been placed on administrative leave pending the completion of the investigation.

Here’s video of a state police cruiser that was hit during the chase. This happened right beside the Sheetz on Main Street in Harrisonburg. @WHSVnews pic.twitter.com/PRf62tptTG

#BREAKING: Police now have an intersection on Rawley Pike closed off. @WHSVKyle is on the scene now. Follow him for the latest. @WHSVnews pic.twitter.com/yPIxscuEw7