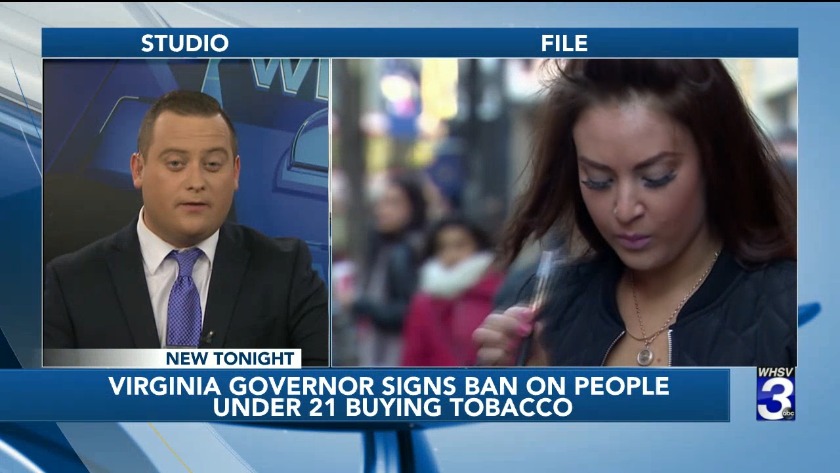 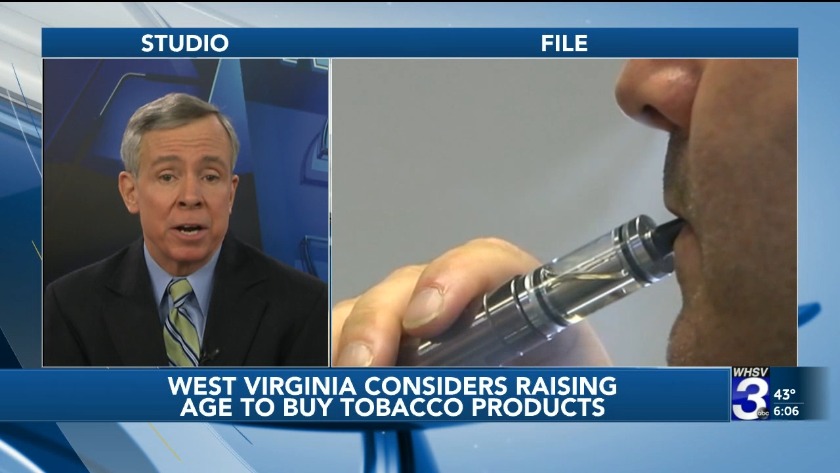 Virginia Gov. Ralph Northam has signed legislation banning people under 21 from buying tobacco and nicotine products, a measure enacted in a state known historically for its tobacco production.

The law's restrictions apply to cigarettes and liquid nicotine used in vaping devices and exempts active-duty military personnel. It curtails sales of tobacco and nicotine products from vending machines considered accessible to people under 21.

Chesterfield Republican Sen. Amanda Chase voted against the bill, saying it strips decision-making power from people who are legally adults.

The Campaign for Tobacco-Free Kids says six other states and more than 400 localities have raised the minimum age to buy tobacco to 21.

As Virginia stays in the national spotlight for Governor Ralph Northam's 1984 medical school yearbook showing a racist photo, state lawmakers are still working to get bills through both the House and Senate before the end of Crossover Day, the deadline for each chamber of the General Assembly to pass bills for the other chamber to consider.

One of those bills is a measure to raise the age of purchasing and possessing tobacco products in the commonwealth of Virginia from 18 to 21.

The bill, which has the support of Republican House Speaker Kirk Cox, includes “nicotine vapor products, and alternative nicotine products, and the minimum age for persons such products can be sold to.”

It was proposed after the U.S. Surgeon General characterized teenage vaping as an epidemic.

“By raising the minimum age for purchase to 21, this will have a positive effect on our schools by lessening the chances of teenagers obtaining vaping products from friends and classmates who are already 18," said Cox.

It now goes to the Senate for consideration. If it passes there, it moves on to the desk of the governor for a signature, regardless of who may then be at that desk.

A bill introduced on Thursday in the General Assembly would raise the age of purchasing and possessing tobacco products from 18 to 21.

The bill – HB 2748 – includes “nicotine vapor products, and alternative nicotine products, and the minimum age for persons such products can be sold to.”

The bill has the support of House Speaker Kirk Cox, R-Colonial Heights.

Cox, a retired teacher, told the Virginian Pilot that he’s been concerned by the number of middle and high school students who use e-cigarettes.

“When I started, we still were dealing with smoking in the bathrooms, but the good news was that smoking had come down by the time I retired,” he told the Pilot. “Vaping growth is really so explosive ... I think it is (becoming) one of the top problems within school.”

The bill was introduced by Del. Chris Stolle, R-Virginia.

This is a developing story.