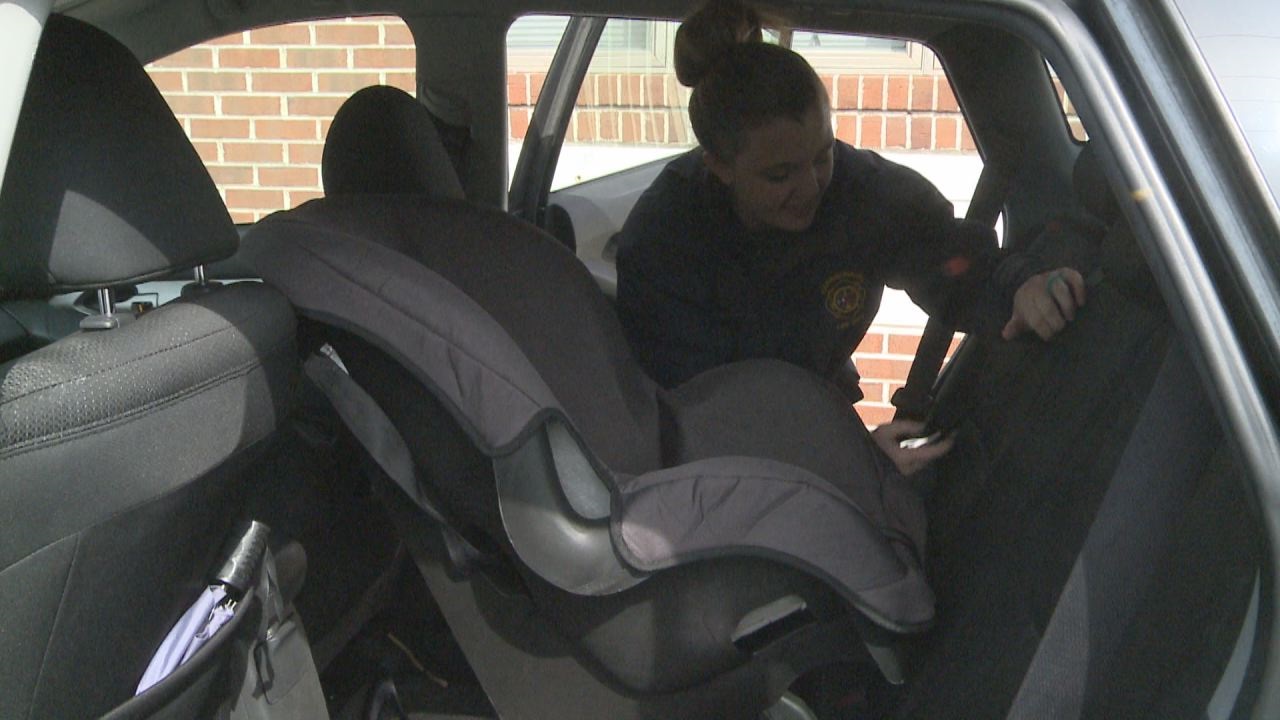 RICHMOND, Va. (WHSV) — Virginia's lawmakers have voted to require car safety seats to stay rear-facing until children reach the age of 2 or the minimum weight limit for a forward-facing child seat.

The bill, HB 708, was proposed by Delegate Eileen Filler-Corn (D-VA41) and backed by AAA.

It will now head to Governor Ralph Northam's desk for a signature, and, if signed, will become law on July 1, 2019.

“Virginia lawmakers have voted positively on behalf of the children who are riding in motor vehicles and who deserve to have every protection possible if they are in a crash,” said Martha Mitchell Meade, Manager of Public and Government Affairs for AAA Mid-Atlantic. “AAA urges Governor Northam to sign the bill and make Virginia the tenth state to adopt regulations that are known to improve safety for child passengers.”

Keeping seats rear-facing until the age of 2 is already strongly suggested by AAA, American Academy of Pediatrics, National Highway Traffic Safety Administration, Insurance Institute for Highway Safety, Centers for Disease Control, and others.

"HB 708 is a safety bill that seeks to protect our most vulnerable Virginians: our children and grandchildren," said Delegate Filler-Corn. "I am proud to say Virginia has enacted common sense requirements that will give the youngest and smallest children the extra protection needed when riding in a car. This is a long overdue requirement that will save lives. I was pleased to work with AAA and so many other stakeholders to ensure that our most precious passengers remain safe while riding in cars, and I appreciate the broad bipartisan support from my colleagues to pass this bill."

It does not specify how long the seat should stay rear-facing, and some delegates and senators saw that as an overreach.

The Mid-Atlantic Foundation for Safety and Education says this will be a huge step forward for children's safety in vehicles.

“Children are safest when kept rear facing in a car seat for as long as possible," noted Haley Glynn, Traffic Safety Community Educator and Certified Child Passenger Safety Technician. "Instead of focusing on the minimum weight limit to face forward, consider keeping your child rear facing until they reach the maximum weight limit of a convertible car seat — which has a higher rear-facing weight and height limit than an infant seat. Convertible seats transition a child from rear facing to forward facing and can typically carry a child from birth to the booster stage.”

Exceptions to the requirement, under the current law, can be made if a doctor determines that the use of a child restraint system is impractical for size, physical unfitness or other medical reasons. Those transporting a child who has been granted this exemption must carry a signed written statement from a physician at all times.

AAA cites the following as support for the new law:

• Children are about 75% less likely to die or sustain serious injury in a rear-facing seat. American Academy of Pediatrics (AAP)
• Rear-facing seats disperse the crash force more evenly across the back of the seat and the child’s body and limit the motion of the head, reducing the potential of neck injury. Safe Kids
• Per the American Academy of Pediatrics (2011 policy statement), young children’ bones, ligaments and joints are still developing which place them at an increased risk of head and spinal cord injury. Rear-facing seats can reduce this risk by supporting the head and preventing the relatively large head from moving independently from the proportionately smaller neck.
• Nearly all convertible child safety seats on the market in 2017 (73 out of 77) could accommodate children up to 40 pounds or more when used rear-facing, a weight that exceeds the 95th percentile for children at 2 years of age.
• The change is recommended by AAA Safe Seats 4 Kids, American Academy of Pediatrics, Centers for Disease Control and Prevention, Consumer reports, Insurance Institute for Highway Safety, National Center for Injury Prevention and Control, National Highway Traffic Safety Administration, , Children’s Hospital of the Kings Daughters, Children’s Hospital of Philadelphia, Make Safe Happen, and Safe Kids.

A violation of the rear-facing requirement, if signed by the governor, will be the same as existing penalties. First violations are subject to a civil penalty of $50 and second or subsequent offenses on different dates are subject to a civil penalty of up to $500. All civil penalties collected for violations are paid into the Child Restraint Device Special Fund, which is used promote, purchase, and distribute child restraint devices to applicants who need a child restraint device but are unable to afford one.