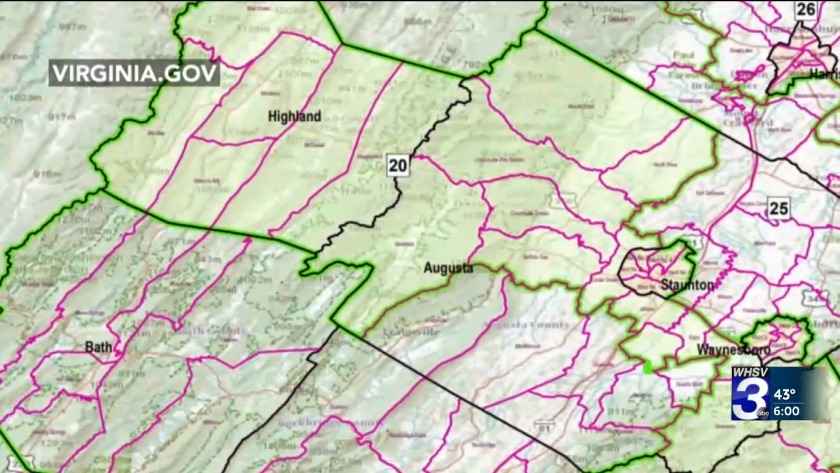 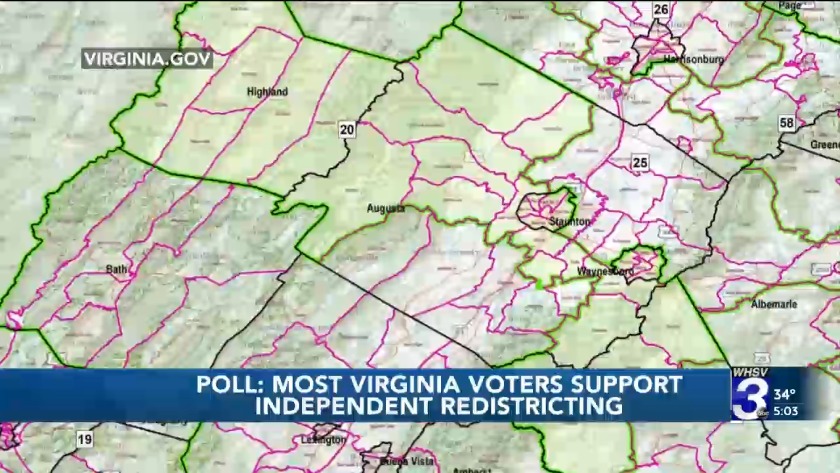 RICHMOND, Va. (WHSV) — As Virginia lawmakers get started on the 2019 session of the General Assembly, an unlikely bipartisan duo has a proposal to fix gerrymandering in the commonwealth.

Senator Emmett Hanger, a Republican representing Augusta County in the Shenandoah Valley, and Senator Mamie Locke, a Democrat representing Hampton in the Eastern Shore, have joined forces to propose a bill that would take redistricting out of the hands of politicians and create an independent commission of citizens tasked with drawing election boundaries.

"You can't take politics out of the redistricting process, it's political in nature, but you can set up a process if our constitution allows it," Senator Hanger told us.

Senate Joint Resolution 274 would create a "Citizens Redistricting Commission" that would be open to the public. Members would ultimately be chosen by a series of committees made up of leaders in both houses of the General Assembly and retired Virginia Circuit Court judges.

Following that process, a 10-member committee would be charged with drawing the boundaries of all 140 General Assembly districts and Virginia’s 11 congressional districts after the 2020 Census.

Provisions in the bill require that the district lines not favor any party or candidate, not abridge minority voters' choice, and respect municipal boundaries as well.

Those provisions would address a case heading to the Supreme Court right now about districts in the eastern part of the commonwealth that a court determined were gerrymandered along racial lines in favor of Republicans.

Hanger worked with One Virginia 2021 and other groups to draft Senate Joint Resolution 274, but it would need to make it through quite a series of steps to become established law. The amendment must pass the legislature in the 2019 and 2020 legislative sessions and a statewide referendum to be in place in time for the required redistricting in 2021.

According to a poll conducted by Christopher Newport University's Wason Center for Public Policy, nearly 80 percent of Virginians support the appointment of a board made of Republican, Democratic and Independent volunteers.

Hanger has proposed the idea of an independent commission in years past, but he's hoping 2019 will make it a reality.

“Virginia is always evolving, it’s people, it’s economics and its communities of interests and needs,” Hanger said. “We need a system to ensure that we best meet these changes and take politics out of the process as much as possible. This is not my seat, but the seat of the people whom I have been elected to represent. We have an opportunity to make the process more public and I am pleased to support that effort as I have for the past several years and now work with Senator Locke and the bipartisan redistricting commission to push for change this session.”

However, some of his Republican colleagues are not so sure about the idea.

Delegates Steve Landes and Dickie Bell have doubts about the accountability of the group since they would not be elected officials.

"And they may do a great job, I'm not saying they're not capable," Del. Bell said. "I'm just saying that if they come up with a plan that's not satisfactory, they're not accountable for it; we are."

Landes agrees with concerns about accountability, but also says that drawing district lines has been a responsibility of the legislature, and it should stay that way.

"I think it takes the power away from the General Assembly and that's what the constitution both at the federal and the state level have always given to the legislative body," Del. Landes said.

For now, the bill has been referred to the Senate Privileges and Elections Committee.