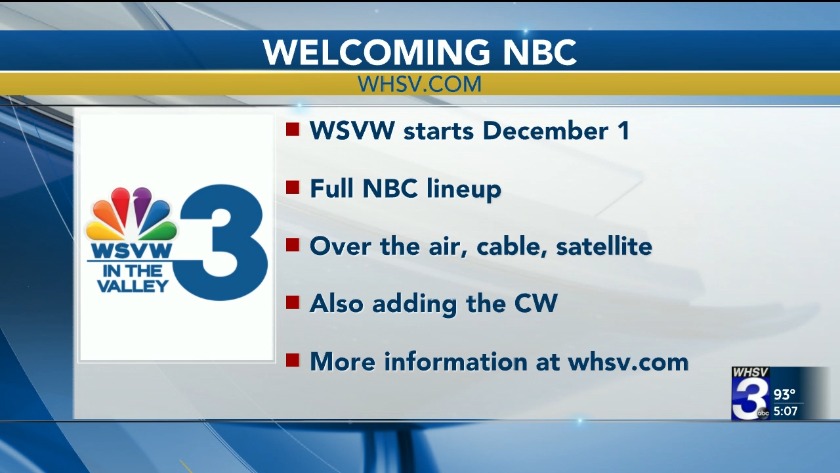 Welcome to the WHSV family, NBC 3 & the CW 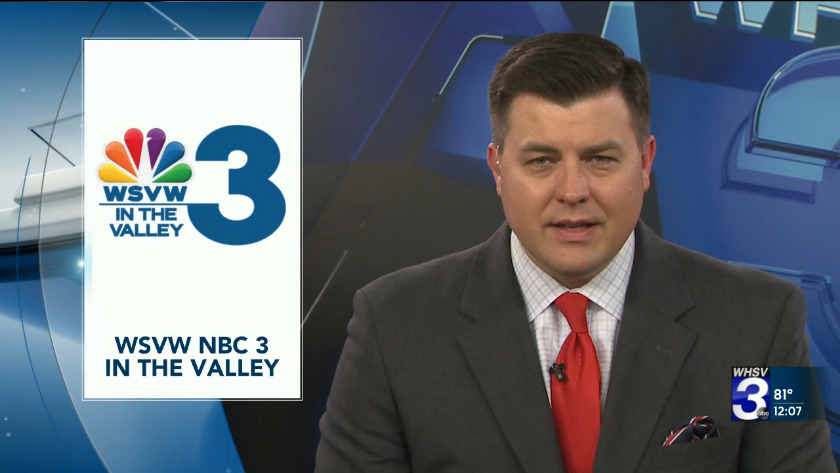 HARRISONBURG, Va. (WHSV) — WHSV announced on Oct. 2 the addition of a local NBC affiliate, complementing the station’s family of channels serving the Shenandoah Valley. Our new “NBC 3 In The Valley”, which will carry the call letters WSVW, will launch December 1.

Also announced on Oct. 2 is the addition of a CW Plus affiliate which will begin broadcasting on December 1.

By adding the power of NBC, the new local station will now carry popular programming such as This is Us, NBC Sunday Night Football, The Tonight Show Starring Jimmy Fallon, Dateline NBC, Saturday Night Live, Chicago Fire, Late Night with Seth Meyers, and the Tokyo Olympics in 2020. Along with the suite of NBC programming is the addition of news content in the form of TODAY, Meet The Press, and NBC Nightly News.

WSVW will broadcast NBC’s programming over the air and will secure carriage on the local channel line-ups of the cable and satellite operators serving the market. The new channel positions will be announced before the December 1 launch.

The addition of the new network adds to the ways the station can reach its viewers and advertisers.

WHSV General Manager Sacha Purciful explained, “By adding NBC, our viewers and advertisers will have additional programming choices from the bevy of NBC’s top rated primetime line-up, sports and news programs, while having a front row seat to the Tokyo Olympics in 2020 and Super Bowl LVI in 2022.”

“For over 65 years, we have strived to provide the highest quality programming to our viewers. We are elated to become the local market provider of NBC programming to the viewers in the Shenandoah Valley,” continued Purciful.

WHSV will air its newscasts on NBC from the station’s Harrisonburg studio. This addition will allow viewers to watch its newscasts from any network of their choosing.

WHSV News Director Jay Webb remarked the addition of the new network adds to the ways the station can reach its viewers.

“WHSV is proud to serve the communities of the Shenandoah Valley. With the announcement we’re making today, our viewers will be able to watch WHSV newscasts on their network of choice, whether that’s ABC, CBS, FOX or our soon to launch NBC.”

WHSV is in the nation’s 175th television market with newsrooms in downtown Harrisonburg and Augusta County.