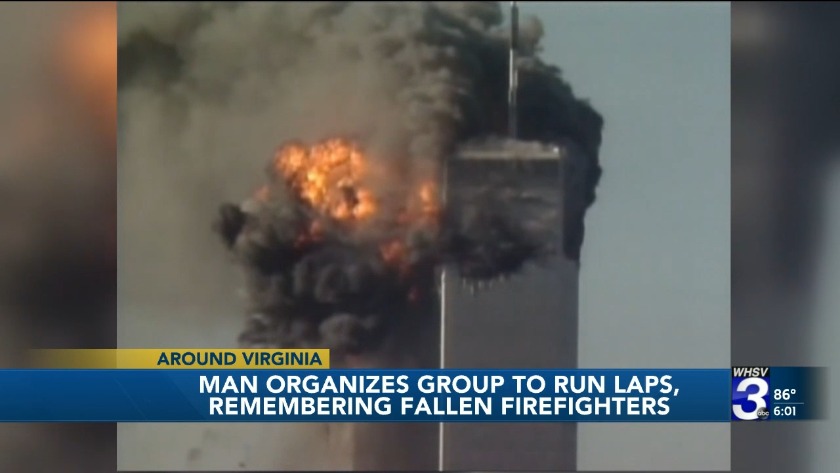 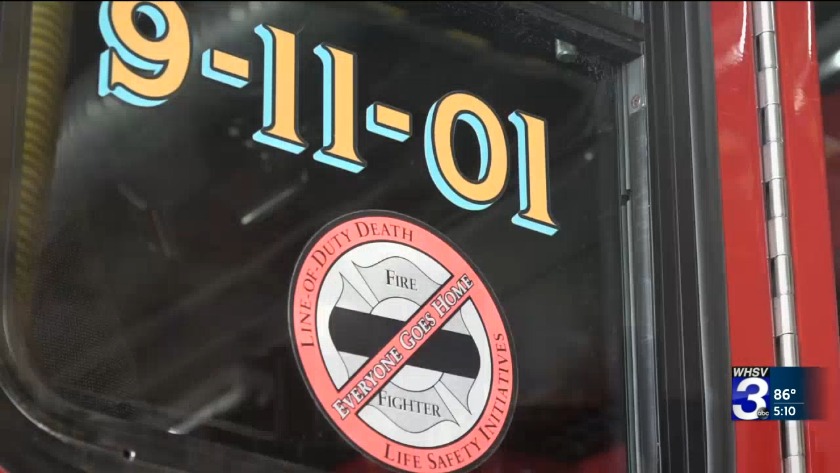 WAYNESBORO, Va. (WHSV) — Two firefighters at the Waynesboro Fire Department have very different memories of the day the World Trade Center towers fell, but for both men, the memories and stories shared will always be a reminder of what first responders sacrificed.

Ide said they have reminders of 9/11 around the station, including stickers on the apparatus. | Credit: WHSV

"It was scary," Justin Ide said. "I remember living in a big city, you're used to airplanes all the time, and hearing them and when they made a no-fly zone for everywhere, it was just so strange and eerily quiet."

Ide was a photojournalist in Boston when the towers fell. He said he knew people who were on the scene that day. He said now that he's a firefighter, it's something he thinks about often. He even goes to a conference every year in memory of Andy Frederick, a New York City firefighter.

"There's always reminders," Ide said. "You can see on our apparatus, there's stickers. I carry a sticker, that's Andy, that's a sticker on my phone that I carry with me all the time."

Donald Simmons was in third grade at the time. He said he only remembers being told of a national tragedy, but understood it more as he got older. He said he's also heard stories from fellow firefighters about what they remember.

"There's plenty of firefighters here who talked about possible deployment to New York to help assist with the rescues and the removals," Simmons said.

While their memories are very different, both say it's important to continue sharing those stories and memories.

"That was a horrible day, something that we always need to continue to remember and respect those who gave their lives," Simmons said.

Ide said while we're remembering the tragedy, we should also remember what the first responders were able to do.

"They did their job, and they did so much to save people," Ide said.

He also said they do what they can to help younger members remember or learn about what happened that day, so the date is never forgotten.

"It's always good to hear those stories," Simmons said. "And it really makes you proud of being a firefighter, and really where you come from."