The contest was the sixth installment of the First Lady's Student Artist Series, which is an initiative that promotes the importance of arts within schools throughout West Virginia by hosting art competitions for students of various ages during special holidays, according to a release from the First Lady's office.

You can find a photo of all the winning quarters above.

Students could use painting, drawing, or any art medium to make their quarter design.

The West Virginia quarter was released in 2005 as a part of the United States Mint's 50 State Quarters program. The quarter features the New River Gorge Bridge on the reverse side and the traditional bust of President George Washington on the obverse. 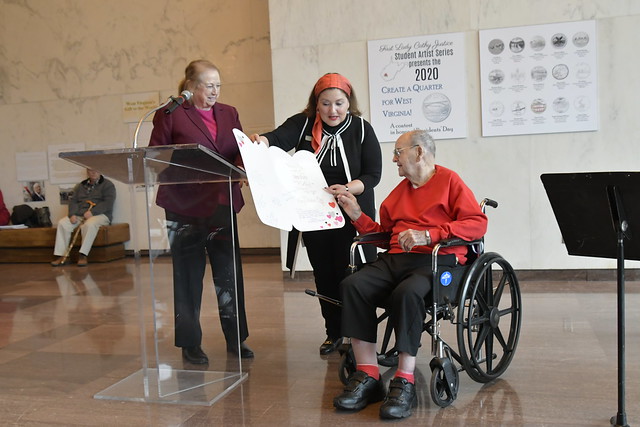 Sanders stumps to enthusiastic crowd in Virginia ahead of Super Tuesday

Sanders stumps to enthusiastic crowd in Virginia ahead of Super Tuesday