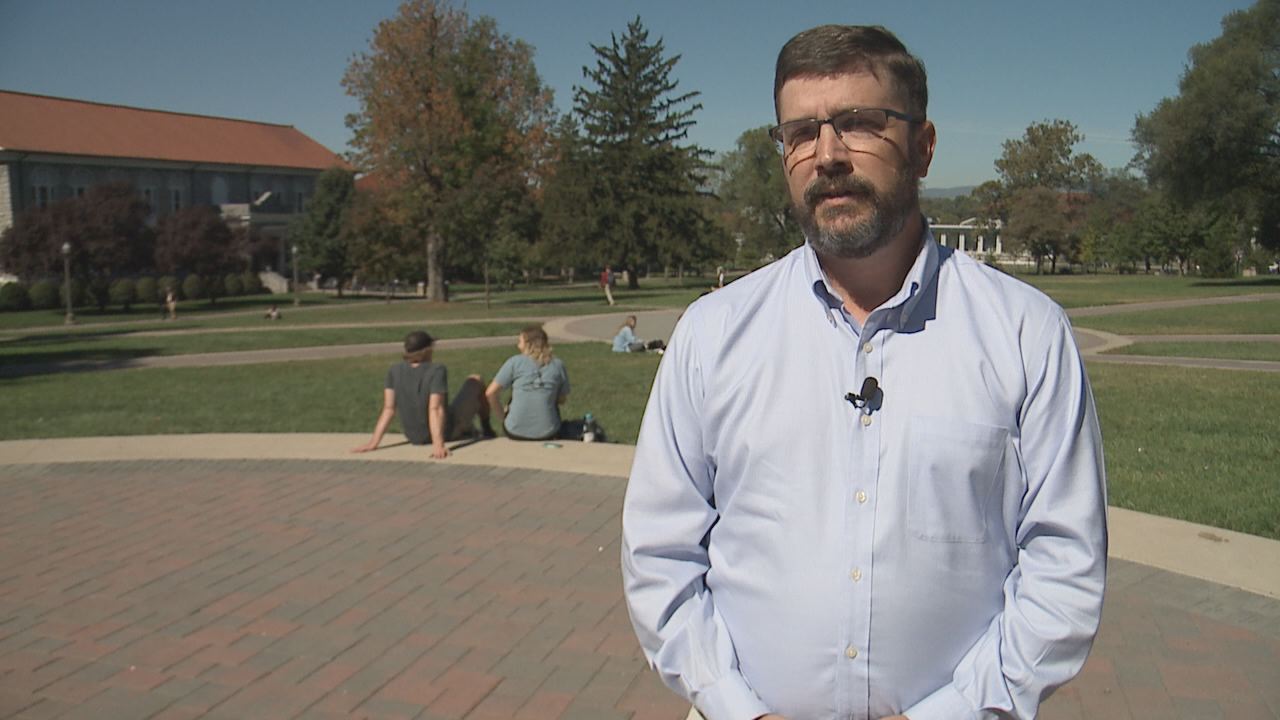 The amount of white supremacist propaganda found on college campuses grew exponentially in the past year, according to a new report from the Anti-Defamation League.

One of the stickers placed on light poles on the JMU campus by Identity Evropa, shown to WHSV by JMU staff

In fall 2016, there were 41 incidents reported and, in the same time period the following year, there were 147 incidents, the report stated.

White supremacists "see campuses as fertile recruiting ground," the ADL said in a statement released with the report.

"While campuses must respect and protect free speech, administrators must also address the need to counter hate groups' messages and show these bigoted beliefs belong in the darkest shadows, not in our bright halls of learning," ADL CEO Jonathan Greenblatt said in the statement. "There is a moral obligation to respond clearly and forcefully to constitutionally protected hate speech."

Since Sept. 1, 2016, there were a total of 346 incidents reported, according to the report from the ADL, an advocacy group that seeks to combat hate groups and bias through information and training that was originally founded to counter anti-Semitism. The incidents counted in the report were found at 216 college campuses in 44 states and Washington D.C.

The propaganda included messages promoting specific groups or calling for people to "save" the white race, the report stated, and sometimes also attacking "minority groups, including Jews, Blacks, Muslims, non-white immigrants, and the LGBT community."

The group responsible for 158 of the 346 incidents, according to the report, is called Identity Evropa and calls for the preservation of "white American culture," while avoiding often-used white supremacist and Nazi-inspired images and language.

Identity Evropa is also identified as a white nationalist hate group by the Southern Poverty Law Center, a watchdog organization that monitors and reports hate-group activity throughout the U.S.

They have described themselves as an "identitarian organization," but have directly stated their goal is to carry out a culture war to create a "90 percent white" America. Their founder, Nathan Damigo, expressly forbade Jews from joining the group, and their application form asks for people of "non-Semitic heritage."

The white nationalist group's posters often include recognizable historical images rendered in black and white, such as Michaelangelo's statue of David or a picture of Julius Caeser, captioned with phrases like "Protect your heritage" or "Our destiny is ours."

Identity Evropa regularly shares pictures of posters it claimed to have placed on college campuses and public places. On Wednesday, the group shared a photo of one of its posters purportedly hanging at the University of Northern Colorado in Greeley on its Twitter feed.

The group targeted James Madison University and Shenandoah University in the Shenandoah Valley, which WHSV provided an exclusive report on back in October.

They were also at the forefront of the "Unite the Right" rally that turned deadly in Charlottesville on August 12 and popularized the phrase "You will not replace us" among white supremacist and white nationalist organizations.

JMU stressed that the hate group is not a recognized organization on JMU's campus and never will be, but, if those posters had been placed in "approved areas" on campus, like certain bulletin boards, it's possible they may have been approved, because posters are not approved based on content.

The SPLC has tracked similar amounts of white supremacist hate group activity on college campuses, citing 298 incidents of fliers in 2017.

Heidi Beirich, the director of the Intelligence Project at the SPLC, said that white supremacist and white nationalist groups "want impressionable young people as part of their audience and this college work is part of that."

"It's hard to know how effective it is,” she said. “I would guess in most cases it probably isn't [effective] at least in terms of recruitment but it's good in terms of getting their name recognition up, getting their names in the press, particularly in the campus press which will be reporting on it."

Officials release home videos of toddler at center of Amber Alert in Tenn.

Officials release home videos of toddler at center of Amber Alert in Tenn.