Back to business for Dukes as they prepare for playoff game 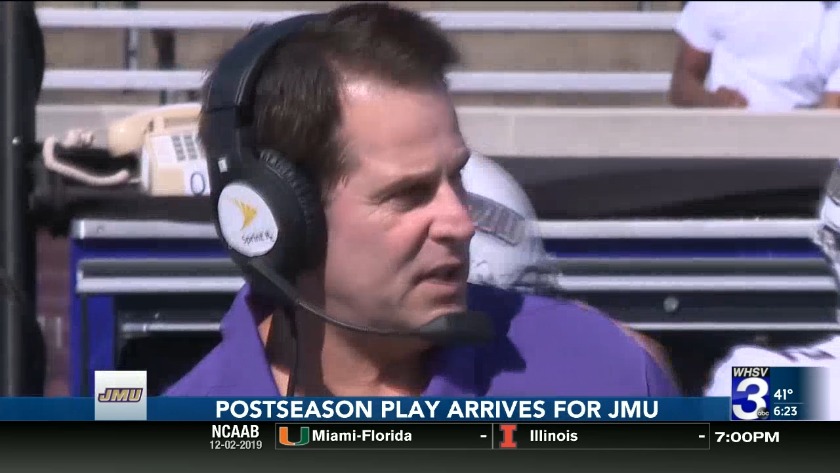 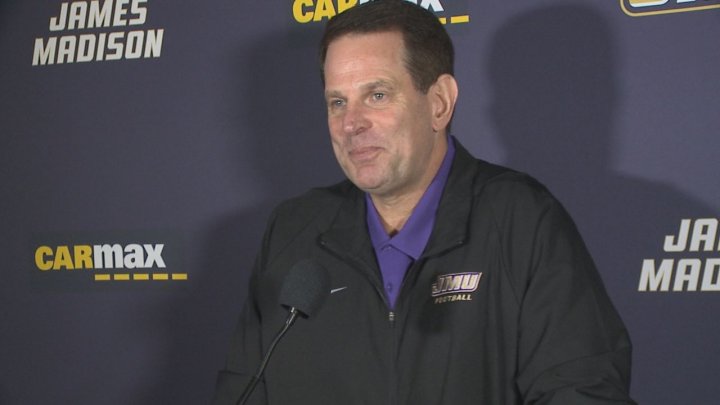 HARRISONBURG, Va. -- The James Madison football team is preparing to host Monmouth in the second round of the FCS Playoffs.

The Dukes earned the No. 2 seed in the playoffs and with it came a first-round bye this past Saturday. Monmouth defeated Holy Cross, 44-27, in the first round. JMU and Monmouth will compete Saturday afternoon at Bridgeforth Stadium with a spot in the quarterfinals on the line.

"They are coming down here with a little bit of an attitude," said JMU head coach Curt Cignetti. "A lot of guys that have played a lot of football. So they are coming down with something to prove. My biggest thing is, we haven't really done anything since Wednesday."

James Madison enters the playoffs on an 11-game winning streak and is considered, along with No. 1 seed North Dakota State, to be one of the favorites to win the FCS National Championship. Monmouth is 11-2 overall and has won nine straight games. The Hawks' only two losses have come to FBS opponent Western Michigan and Montana, which is the No. 6 seed in the FCS Playoffs.

Kickoff Saturday is set for 1 p.m. with live video coverage on ESPN3.