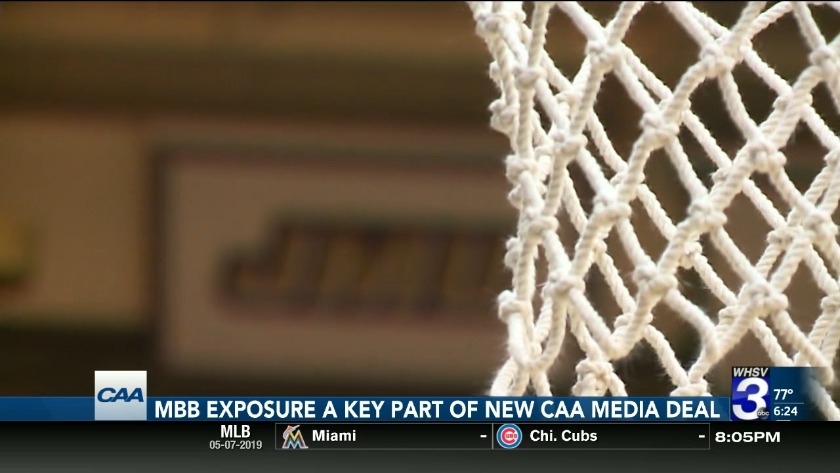 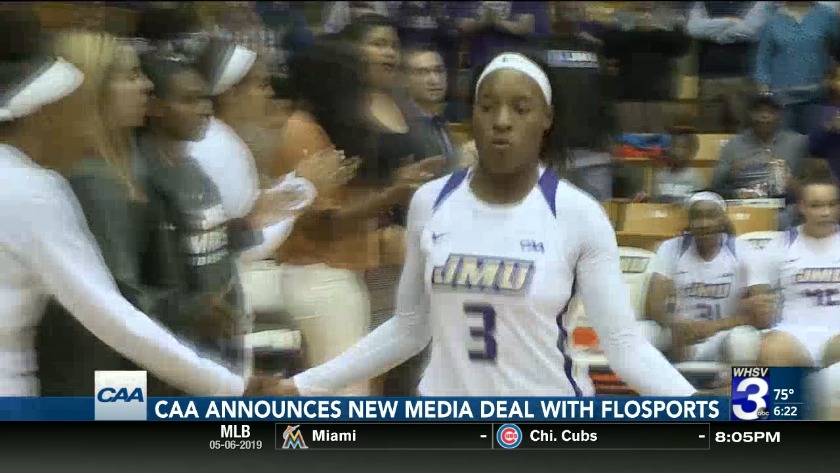 AUSTIN, Tx. (WHSV) — The Colonial Athletic Association (CAA) has a new partnership with FloSports to provide live streaming coverage of hundreds of games a year.

According to a press release from the CAA, they've reached a 4-year, 7-figure annual partnership with FloSports for live and on-demand video of the league's 22 sponsored sports, focusing especially on football and basketball.

“The Colonial Athletic Association is excited to announce a multi-faceted video platform highlighted by our innovative and revolutionary partnership with FloSports.” CAA Commissioner Joe D’Antonio said. “As a Conference, we are excited to be working with a partner that is committed to showcasing our exciting events and dedicated to sharing the incredible academic and athletic achievements of our student-athletes and coaches.”

JMU Director of Athletics Jeff Bourne hailed it as "a new day of media exposure for the league."

More than 300 games will air annually across the FloSports network, beginning in the 2019-20 season. The agreement calls for approximately 50 football games, 140 men’s and women’s basketball contests (90 men's and 50 women's), and an additional 110 events, including the majority of conference championships to air on the network each year.

JMU teams compete in approximately 400 competitions in a year, and it is anticipated that less than 15% of those will be broadcast on FloSports.

“It is an honor to announce this first-of-its-kind partnership with the Colonial Athletic Association,” FloSports CEO & Co-Founder Mark Floreani said. “More entities across the country are beginning to identify media partners that can perfectly align with their league’s priorities to deepen its sports communities and strengthen the direct relationship with their fans. I commend Joe (D’Antonio) for recognizing the new way of sports engagement and identifying the value FloSports can bring to the entire league and the CAA fans.”

Bourne says in an official statement that JMU sent a representative to FloSports headquarters, and they were impressed with the company's commitment to build the CAA brand.

"Their staff will individually work with JMU as part of the agreement to help us tell the stories of our student-athletes and promote our brand," he said.

The CAA becomes the seventh collegiate entity to enter into a multi-sport partnership with FloSports to grow their sports communities, but the first to make them their primary media partner. FloSports already has relationships with the NCAA, Big Ten Network, Big 12 Conference, MEAC, Mountain West and SIAC.

The league will still have its agreement with CBS Sports Network that will include a regular-season linear TV package in men’s basketball, plus broadcasts of the semifinals and finals of the CAA Men’s Basketball Championship.

In addition, the partnership with LAX Sports Network for coverage of CAA men’s and women’s lacrosse will remain, as will CAA.TV for some other events.

“I would like to thank Mark Floreani and the team at FloSports for their flexibility in enabling the CAA to have a best in-class comprehensive media platform at this level of college sports,” D’Antonio said. “The sports media landscape and how people are consuming sports content is changing at a rapid and unprecedented pace. The completion of these agreements provide the CAA with a unique video ecosystem, as well as substantial incremental revenue. This strategic approach will allow our diverse fan base to consume and engage with CAA content through both conventional and digital means.”

FloSports does require a paid subscription of $12.50 a month, which JMU's Bourne says "was JMU's most significant concern during the evaluation process. However, as the world continues to cut the cord and consumers increasingly identify digital methods for content consumption, it is becoming more of an industry standard. It is worth noting that a subscription to FloSports' CAA package also provides access to other content in its overall portfolio, such as FloHoops, FloSoftball, FloTrack and more."

You can subscribe on a monthly or annual level for the FloSports app, which is available on iOS, Roku, or Apple TV 4.

With only a small amount of JMU games expected to be available through the service, JMU Athletics says they are "committed to growing its live sports consumption strategies."

Within the last two years, JMU has:

• Negotiated with regional sports networks (MASN, NBC Sports Washington, SNY) for its own linear television package for football, including in-house production.
• Partnered with Eleven Sports for additional digital reach for football broadcasts.
• Provided its first television broadcasts of lacrosse and softball with two events apiece on NBC Sports Washington this spring, with additional distribution to NBC Sports Philadelphia and NBC Sports Chicago.
• Expanded on the CAA's partnership with the Lacrosse Sports Network to provide shared distribution of all MadiZONE lacrosse games to LSN.
• Complemented its MadiZONE broadcast portfolio with additional live sports offerings on Facebook Live. In line with budget and personnel resources, JMU streams 100% of home football and basketball games and 33-40% of other sports to MadiZONE. Facebook Live distribution implemented in Spring of 2019 has increased the "other sports" number to 75-80%.
• Proactively worked with various media partners (Telemedia Productions, Learfield IMG College, Anthony James Partners, Daktronics, Stretch Internet, Triangle Productions and more) to best strategize all facets of broadcast exposure for JMU Athletics. We will continue to do so while adding FloSports to the mix.

Rest assured that we will work diligently to maximize the delivery of JMU Athletics media coverage directly to you, our passionate fan base. We are excited to welcome FloSports to further boost those efforts.