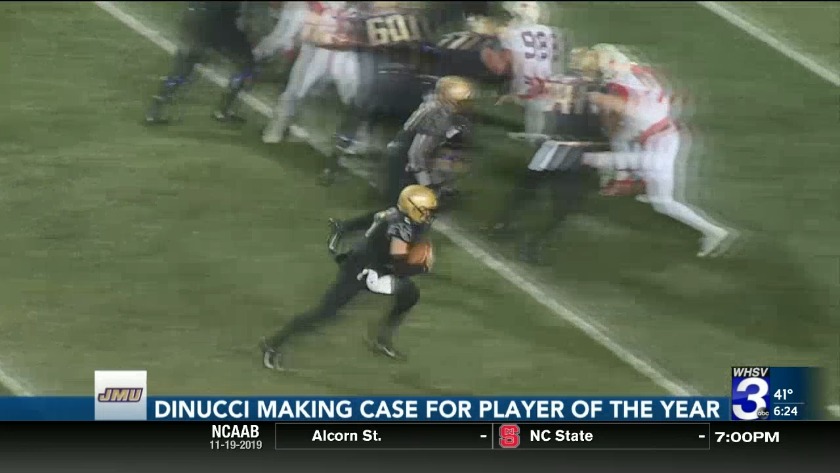 DiNucci making case for CAA Off. Player of the Year award 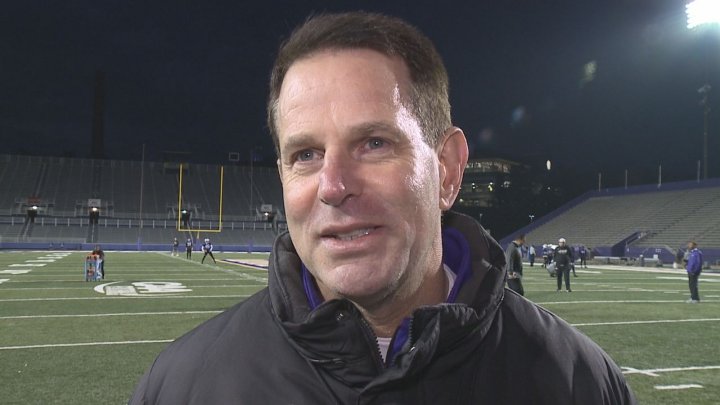 HARRISONBURG, Va. -- James Madison redshirt senior quarterback Ben DiNucci is one of the top candidates to earn the CAA Offensive Player of the Year honor in 2019.

Ben DiNucci has accounted for 24 total touchdowns through JMU's first eleven games of the season.

DiNucci, who is in his second season as JMU's starting quarterback, has been the catalyst for the Dukes' offense which leads the Colonial Athletic Association in scoring at 41.1 points per game. The Wexford, Pennsylvania native has thrown for 2,423 yards and accounted for 24 total touchdowns through the first eleven games of the season. His completion percentage of 69.7% ranks second in the country.

"I hate to say it but we still haven't played our best game yet and that's a good thing," said DiNucci, following JMU's recent win over Richmond that clinched the CAA title outright for the Dukes.

DiNucci has, at times, been criticized for committing turnovers. He threw 12 interceptions last season, including five in a playoff loss at Colgate. However, he has done a solid job of taking care of the ball this fall. DiNucci has thrown just four interceptions in 2019.

"Ben has always had talent," said JMU head coach Curt Cignetti. "I think when you are a fifth-year senior you are expected to play your best football. He's got a good supporting cast around him and there's a certain way that we want to play...and he's doing a good job of quarterbacking us."

As a dual-threat QB, DiNucci has been a playmaker with his feet this season. He has run for 344 yards and four scores on the ground while showing an ability to extend drives by scrambling for first downs.

DiNucci and the Dukes will finish the regular season when JMU visits Rhode Island Saturday for a 12 p.m. kickoff.