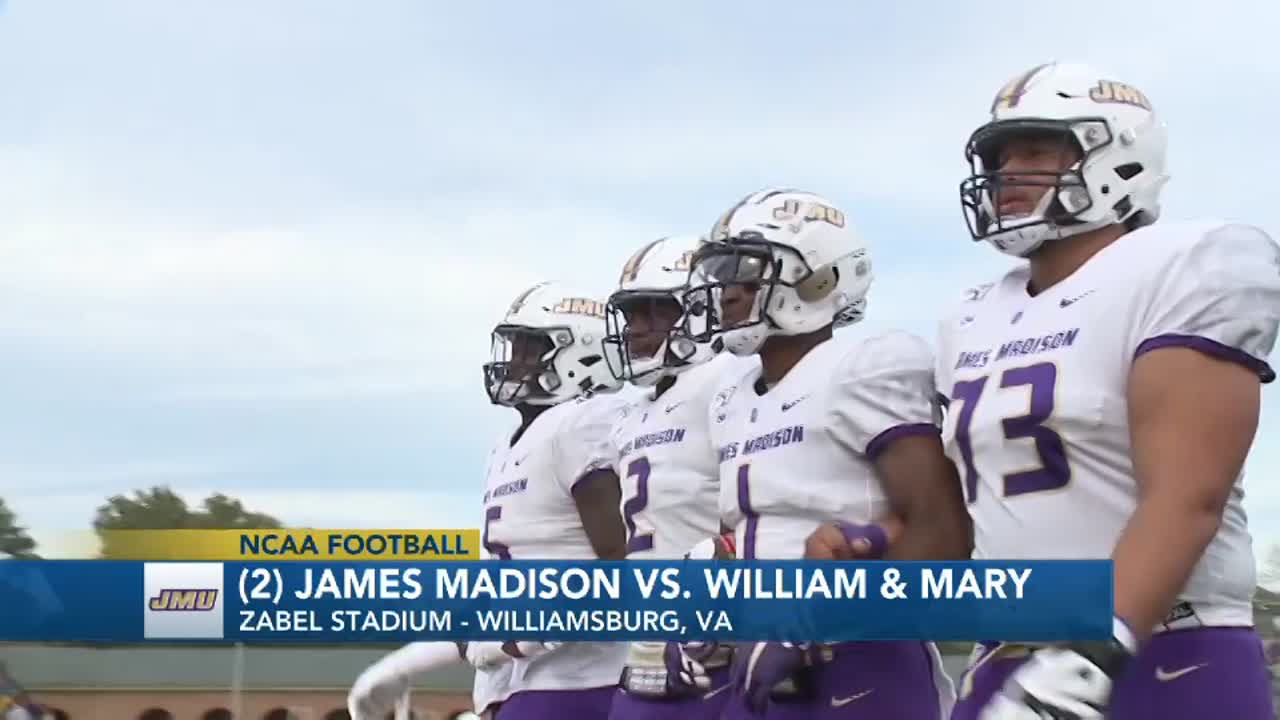 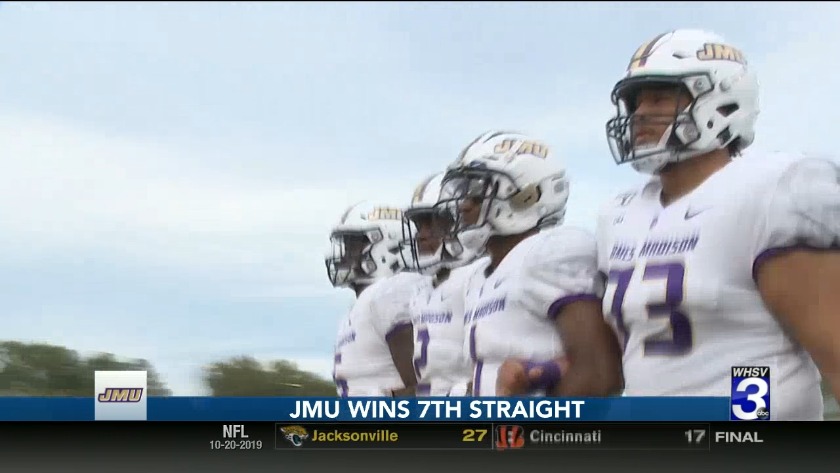 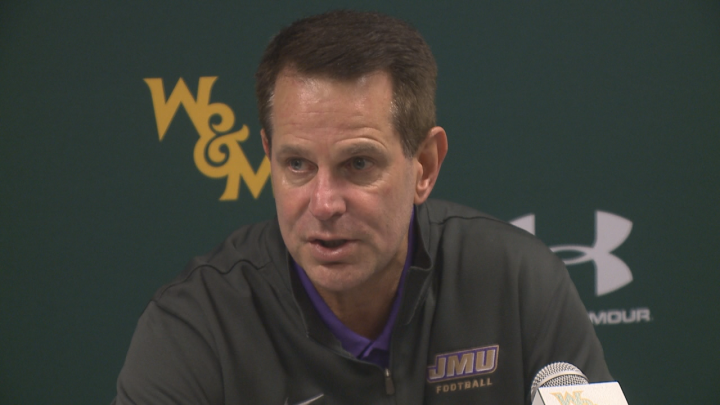 WILLIAMSBURG, Va. -- Behind a dominant defensive effort that limited William & Mary to only 194 total yards, #2 James Madison knocked off the Tribe 38-10 in Colonial Athletic Association football action on Saturday afternoon at Zable Stadium.

Ron'Dell Carter showed out for the JMU defense, collecting career highs of 10 tackles and 6.0 tackles for loss, to go with one sack. Eight different Dukes tallied at least a full TFL, as Mike Greene had 1.5 sacks and Wayne Davis produced 1.5 tackles for loss. John Daka also made a full sack, marking his fourth straight game with a sack.

Ben DiNucci led JMU's passing attack, going 23-of-36 for 250 yards and two touchdowns and an interception.

DiNucci's most prolific target in the ballgame was Brandon Polk, who caught a career-high seven passes for 77 yards and a score. Dylan Stapleton also hauled in four balls for 54 yards, and Riley Stapleton made four catches for 43 yards, moving him into fourth all-time at JMU in career receptions. Kyndel Dean also had three grabs for 47 yards, including a 37-yard touchdown catch.

The Dukes won the turnover battle by forcing three interceptions while coughing the ball just once. JMU turned W&M’s turnovers into 14 points. The JMU offense did a good job extending drives, converting on 47.1% (8/17) of third-down attempts. The Dukes also went 1-for-1 on fourth down.

JMU's offense made the most of its visits to the red zone, scoring on all five trips, with four of those scores being touchdowns.

KEY MOMENTS
After William & Mary opened the game with an interception and a 73-yard run to set up the game’s opening score with a field goal, JMU responded with three straight first-half touchdowns to lead 21-3 at the break. After allowing the 73-yard scamper, JMU only allowed 33 total yards the rest of the half.

William & Mary closed the gap to 21-10 in the third on a fake field goal, but the Dukes responded with 10 points in less than a two-minute span with an Ethan Ratke 32-yard field goal and DiNucci’s deep touchdown pass to Dean to make it 31-10.

After a late turnover, JMU capped off the scoring with Palmer’s one-yard run with 59 seconds to play.

· *Three Dukes in the secondary recorded interceptions in Wayne Davis, D’Angelo Amos and Adam Smith. Amos also broke up a pass the play before intercepting his second of the season. Smith now leads JMU with three picks this year.

· *Kilton Anderson led the Tribe passing attack, completing 11 of his 17 attempts for 91 yards with one interception.

· *Bronson Yoder led the William & Mary rushing attack with 77 yards, which included his career-long 73 yarder in the first.

HISTORICAL REFERENCE TO 7-1 & 4-0
· *This is the 11th time in school history JMU has won at least seven of its first eight games.

· *In each of the past instances during the Division I era, JMU has advanced to the postseason when starting at least 7-1 and winning its first four league outings.

UP NEXT
JMU returns home for Homecoming next Saturday, Oct. 26 when it takes on #18 Towson. Kickoff is set for 3:30 p.m. at Bridgeforth Stadium/Zane Showker Field. The game will be televised on MASN and SNY and streamed on MadiZONE.