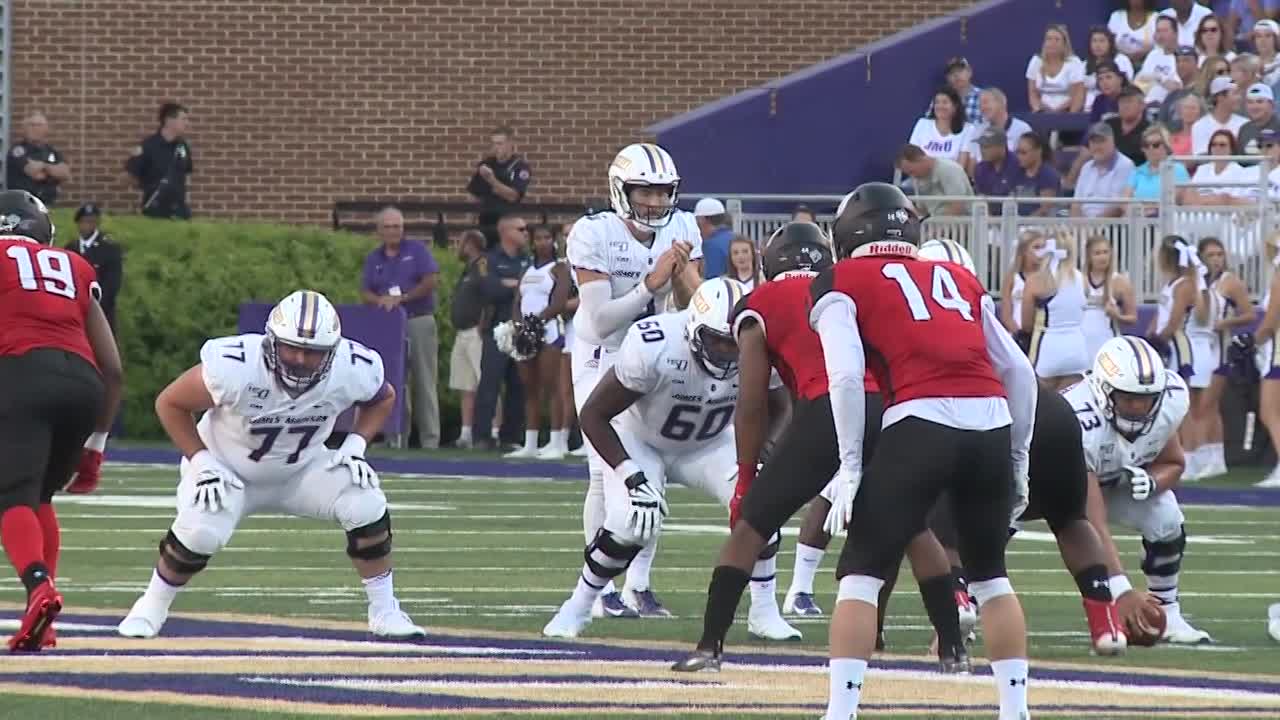 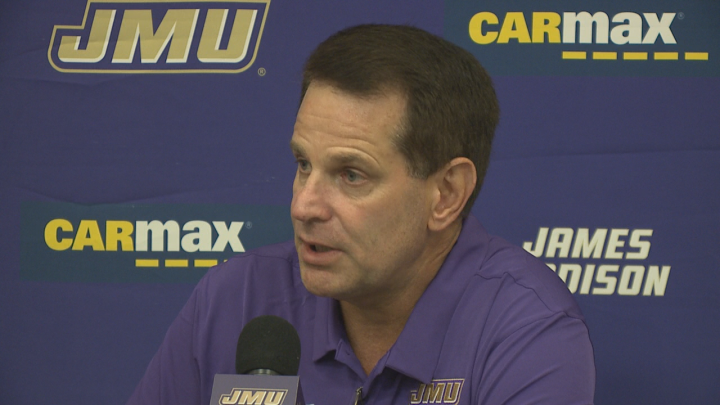 James Madison quarterback Ben DiNucci prepares to take a snap in a blowout win over St. Francis in the Dukes' 2019 home opener.

JMU improved to 1-1 on the season, while the Red Flash's record was evened to 1-1. The Dukes improved to 4-0 all-time against SFU and 7-0 against teams from the Northeast Conference.

The Dukes' defense limited SFU to only 69 yards of offense through the first three quarters, scoring the game's first 37 points to lead wire-to-wire.

Redshirt freshman running back rushed for a career- and game-high 86 yards and two touchdowns, all in the first half, averaging 6.1 yards on his 14 carries. Two other JMU running backs surpassed 50 on the ground, as redshirt junior Jawon Hamilton and junior Percy Agyei-Obese had 54 and 51 yards, respectively. JMU's fourth back, freshman Austin Douglas ran for 33 yards and scored his first collegiate touchdown on a 19-yard catch.

Three defenders recorded at least six tackles in the win, paced by redshirt sophomore safety Sam Kidd, who had a career-high seven tackles. Senior safety Adam Smith and junior safety MJ Hampton each had six, as Hampton's tackles total was a career high while also forcing his first fumble. Up front, junior defensive lineman Adeeb Atariwa had 1.5 tackles for loss with a pass breakup, while redshirt senior defensive lineman Ron'Dell Carter and redshirt junior safety Wayne Davis each had 1.0 TFL.

JMU tallied 533 yards of offensive in the win, with 295 on the ground and 238 more through the air, averaging 6.7 yards per play. SFU was held under 100 yards both in passing and rushing, being limited to 175 yards of total offense.