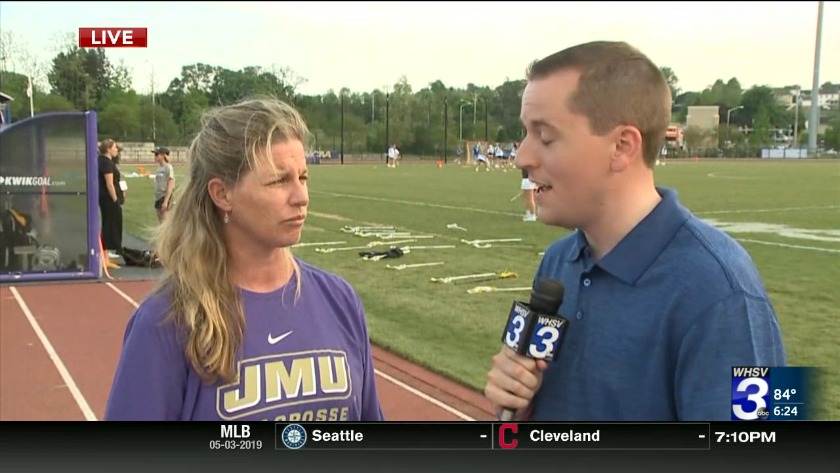 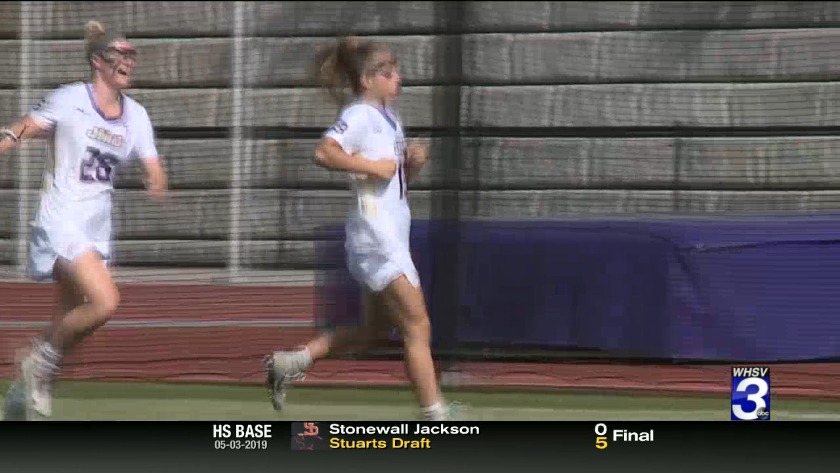 HARRISONBURG, Va. -- Behind a pair of large scoring runs and a record-setting performance by junior attacker Maddie McDaniel, top-seeded James Madison cruised into the conference title game with a 16-5 victory against fourth-seeded Elon in the Colonial Athletic Association Championship semifinals on Friday evening at Sentara Park.

The Dukes improve to 15-3 on the year, while the Phoenix sees their season ends at 6-12. JMU awaits the winner of the second semifinal of No. 2 Towson and No. 3 Hofstra in the CAA title game, which will be played Sunday, May 5 at noon.

McDaniel tied her career high with a game-high four goals while also setting the JMU single-season record for draw controls. She won nine for the game, upping her season total to 111. That surpassed Haley Warden’s 2018 record of 108.

JMU trailed 3-2 before going on a 5-0 run to take a 7-3 lead late in the first half. The Dukes held the Phoenix without a score for nearly 16 minutes and later took an 8-4 lead at the break. JMU opened the second half with three goals inside the first two minutes, sparking a 6-0 scoring run to grab a 14-4 advantage. Elon never drew closer than nine down the stretch.

Elon was led by Mae McGlynn and Kaley Thompson, who each scored twice. Paulina Difatta made 10 saves, and Gillian Curran caused three turnovers.